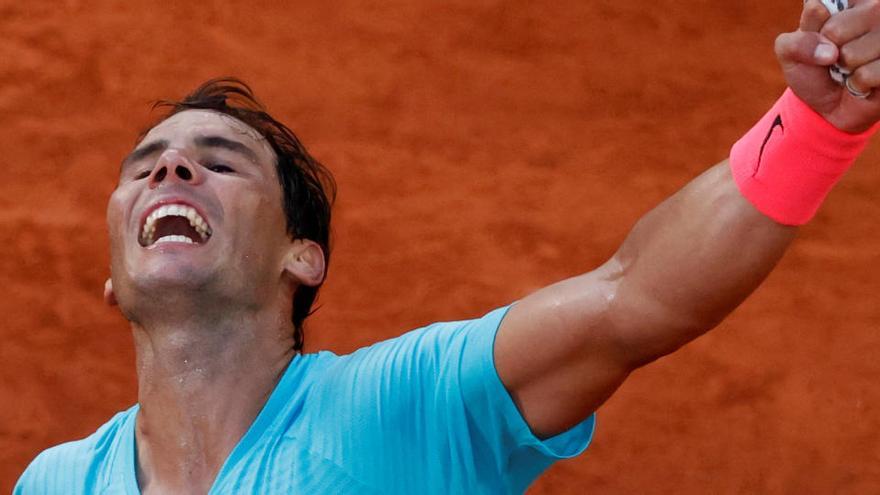 Rafa Nadal, Ansu Fati, Joan Mir and the Argentine rugby team (the ‘Pumas’) are among the definitive candidates for the Laureus 2021 Awards, which in this year’s edition will be announced in May and delivered virtually, without the usual gala, due to the covid-19 pandemic.

Nadal He is one of the six definitive candidates for best athlete of the year, an award he already received in 2011, an edition in which the award for the best team went to the Spanish soccer team after being proclaimed world champion in South Africa 2010.

Therefore, the Balearic tennis player aspires to relieve Argentine Leo Messi and Briton Lewis Hamilton, as both were declared winners. The Formula One world champion is again included among the candidates along with the Ugandan athlete Joshua Cheptegei, the Swedish supporter Armand Duplantis, the Polish striker of Bayern Munich, Robert Lewandowski, and the figure of the NBA Lebron James of the Los Angeles Lakers.

For the first time, three Sport for Development programs have been shortlisted alongside Laureus Award nominees, an unequivocal sign of the important contribution of grassroots sports organizations throughout the covid-19 pandemic.

The candidates are: Boxgirls Kenya, a program that uses boxing to empower at-risk girls from Nairobi’s slums; the Colombianitos Foundation, a Colombian organization that uses soccer and rugby to promote education and reduce gender differences; and Kickformore, a soccer organization that encourages participants to make positive contributions to their communities in Germany.

Sean Fitzpatrick, president of the Laureus Academy, said that “after a difficult year” they are “more determined than ever to guarantee” this partnership “honor the men and women who worked hard to get back into sport, in many cases in a very different environment and without spectators. They have given everyone an emotional boost at a difficult time. ”

“As members of the Academy, we are also proud to see all three Sport for Good Award programs shortlisted among these top-performing athletes. Working under often difficult circumstances in underprivileged communities around the world, these programs show their best. of sport, and all of them have done very well to continue using sport as a tool for social change in the face of adversity, “he said.

Candidates for the best comeback

Candidates for the ‘Sport for Good’ award