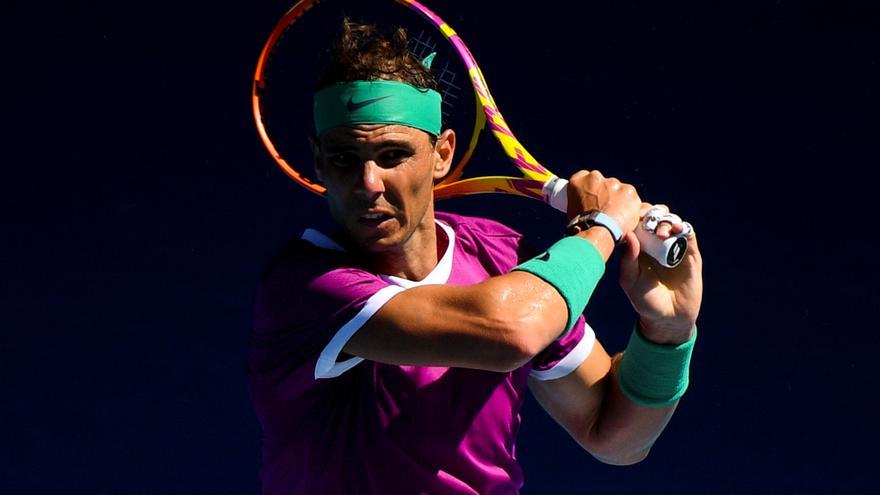 The Spanish Rafael Nadal (6) convinced with a perfect staging in the first round of the Australian Open after comfortably beating the American Marcos Giron 6-1, 6-4 and 6-2, in a game in which he did not concede any break ball.

“These have been very difficult months for me. It is impossible to be happier”, commented after closing its premiere in less than two hours.

The Balearic dispelled the doubts generated after commenting that their expectations were not the same due to their long period of inactivity after overwhelming the American with 27 winning shots and a high percentage (88%) of points with first serves.

Nadal, who will be the only candidate in reach his 21st Grand Slam after the deportation of Serbian Novak Djokovic, could face in a demanding second round the Australian and wild card Thanasi Kokkinakis who arrived in Melbourne after being crowned champion in Adelaide.

He also continued his run of triumphs at Melbourne Park in the current season after won the title in the preparatory tournament Summer Set after beating American Maxime Cressy in the final.