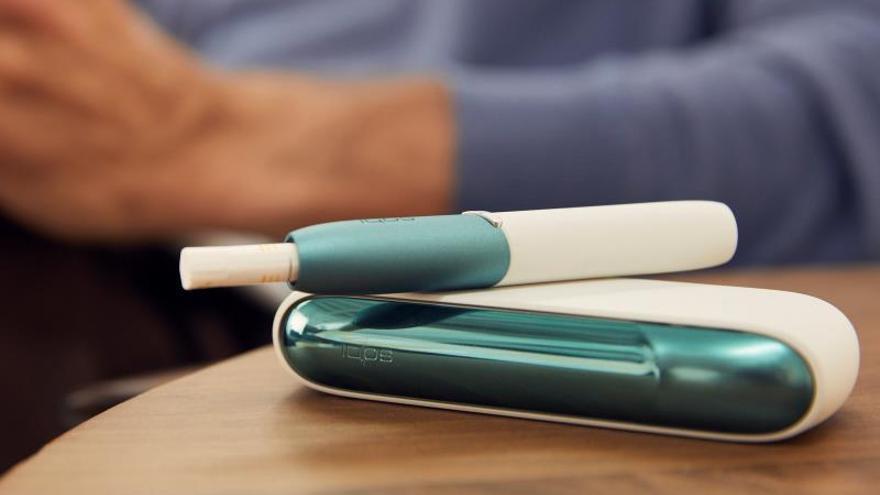 In the last 15 years the legal sale of cigarettes in Spain has been reduced by half. This is a real drop, since neither the variations in the sale of smuggled tobacco or its substitution by other combustible products such as cigarette-rolling tobacco can explain such a significant decline. With cigarette consumption declining, tobacco companies have now turned to the sale of heated tobacco products.

The most common system for these products heats a load of processed tobacco, typically to around 350oC, in contrast to the conventional cigarette whose combustion exceeds 800oC. The user inhales the aerosol that the system produces to satisfy their addiction to nicotine. These products are not electronic cigarettes. Heated tobacco products, as the name suggests, contain tobacco, whereas e-cigarettes do not. These items are also not smokeless products. Although they do not produce the same smoke as conventional cigarettes, they do emit an aerosol that is inhaled by the user or those nearby.

There are two companies that market heated tobacco products in Spain. British American Tobacco has just launched the Glo device with its Neo tobacco loads in our country and there is no data on its sales yet. Philip Morris launched his IQOS device with his HEETS tobacco loads a few years ago. Its sales in Spain increased by almost 40% between June 2019 and June 2020, while in the same period 4% less cigarette packs were sold. This growth would not be possible without an aggressive marketing campaign. In fact, the tobacco company Philip Morris Spain SL was convicted in the first instance in 1999 for making illegal propaganda of the IQOS device. The judge considered it proven that the company paid a communication agency to advertise its brand covertly in the media on no less than 43 occasions. Covert advertising is prohibited by law in Spain.

During the last weeks we have seen again in some media reports and information that emphasize that heated tobacco has a lower risk of cancer and other diseases compared to conventional cigarettes, citing the Food and Drug Administration (FDA) from the United States (US) as the source. Philip Morris presents the recent FDA clearance as purported proof of the health benefits of his product compared to the use of conventional cigarettes. This tobacco company advertises on its website that the FDA has cleared its heated tobacco product as a “modified risk” tobacco product, meaning less harmful than conventional cigarettes. And that is not true.

It is true that the FDA has authorized the sale of IQOS in the US since, as of 2014, US legislation establishes that tobacco products to be marketed must be notified to this agency. The FDA, however, clearly indicates that such authorization does not imply that the product is endorsed by the agency, or that it is safe.

There is no evidence that they are less harmful than cigarettes

It is true that Philip Morris asked the FDA for IQOS to be approved as a special “modified risk” tobacco product. US law allows a tobacco product to be sold in three ways: without any claims, as a “reduced exposure” product or as a “modified risk” product. The FDA approved the sale of IQOS as a reduced exposure product, because it produces a lower amount of some toxins than conventional cigarettes, although its emissions increase the level of 56 toxins compared to conventional cigarette smoke. However, the FDA clearly denied the existence of scientific evidence indicating that these products have a lower risk to the health of users than that of conventional cigarettes.

What is the difference between these modalities? A tobacco product is “reduced exposure” when its emission carries a lower dose of toxins than conventional cigarettes and is considered a “modified risk” product when it is shown that its use causes less damage to health than cigarettes conventional. The difference between the two options is bigger than it seems. One example will suffice. If there is a product that produces a kilo of cyanide and another that produces a gram, the second reduces exposure a thousand times compared to the first, but both will kill the person who takes it. In other words, it is one thing to prove that a tobacco product produces less toxicity than the atomic bomb of tobacco, which is cigarettes, and it is another thing to prove that reducing the dose leads to fewer problems or less serious health problems. The FDA has said that there are no studies to prove that heated tobacco reduces the risk of illness and death from conventional cigarettes. The Agency also found no evidence that IQOS or other tobacco products help to quit smoking.

Another characteristic of the tobacco companies’ campaign for heated tobacco products is that these products are supported by a group of self-proclaimed harm reduction physicians. Scientific evidence does not support the ability of these products to reduce harm. But to those of us who explain it they want to make us seem in favor of doing harm. They create a false dilemma that is part of the preventive demonization of doctors, who, like Dr. Fauci in the United States, – without pretending to compare us with this giant of public health -, face the powers with the evidence in hand, be it about COVID or about smoking.

We’ve known for decades, and some tobacco company now admits, that cigarettes and other combustible products must be phased out as quickly as possible to reduce the harms of tobacco. The Foundation for a Smoke-free World, an entity funded entirely by a tobacco company, candidly confesses in its harm reduction report that the tobacco industry is not doing enough to reduce the eight million premature deaths it causes each year. We think that it is not doing the essential thing, which is that cigarettes disappear as soon as possible and that in the meantime, they do not try to derail the measures to reduce the consumption of these products. These are, among others, the increase in taxes, plain packaging, the drastic restriction of additives, the extension of smoke-free environments, or the outlawing of campaigns and donations called “social responsibility” of the lethal industry. tobacco.