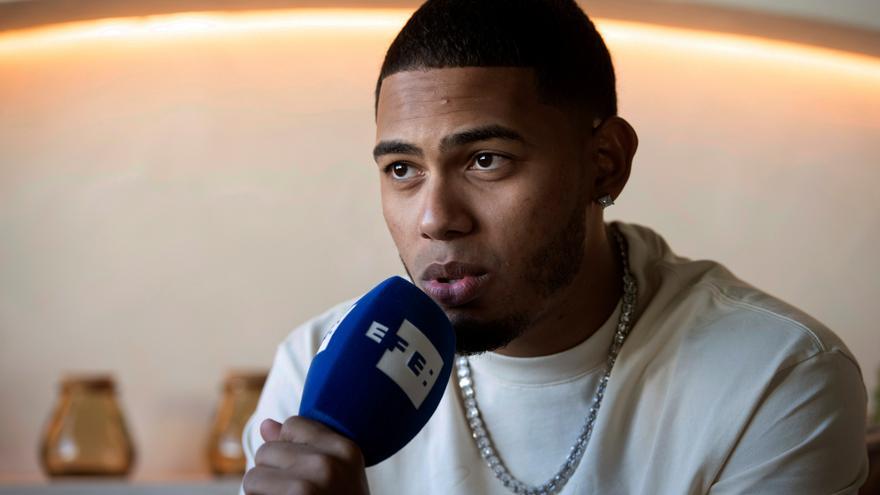 Madrid, Sep 9 (EFE) .- Myke Towers feels comfortable in Spain. “I would like to live for a little while in Madrid, it is a city that does not sleep, like me,” he confessed to Efe during his third visit to the country, the first that he has toured as a world star of the new generation of urban Latin, although he looks beyond temporary labels.

“I do not feel pigeonholed into a single generation. I believe that I am one of those who are going to make music that will transcend, that will continue to sound even when I die,” this young Puerto Rican musician affirms that with a single LP, ” Easy Money Baby “reigns supreme on commercial charts on either side of the Atlantic, often with several songs simultaneously.

Born Michael Torres (Río Piedras, 1994), he was a baby when the first Daddy Yankee cassettes had to start circulating in street stalls in his native Puerto Rico and, in fact, he cites classic references of the style as his great references: Tego Calderón, Don Omar, Cosculluela …

“I really like that combination of singing and rapping. I have studied the best of them to make this come out,” he says during an interview in which he analyzes the secret of the success of cuts with his signature, such as “Bandido” with Juhn, “La Playa”, “Couple of the year” with Sebastián Yatra or, more recently, “Bésame” with his compatriot Luis Fonsi.

It was in 2016 when he published his first “mixtape”, entitled “The end of the beginning”, and in just five years he has managed to rub shoulders with international stars such as Cardi B, Becky G or Maluma. “And the missing ones … I want to show the world that Myke Towers can work with a great artist or one of the new generation who is barely known,” he warns.

Because he does not forget that the global furor for his music started in 2019 with “Si se da”, the result of his alliance with Farruko. “It was a before and after in my career, that is why I will always have a separate respect for it. I had not had a song with an important artist until him. And if it became a classic, it was because more than a business it came from the heart” , stresses.

Those words are not to say that Towers doesn’t have a strategic vision for how to get there and stay on top. “At the beginning you teach what you like, but if you want to grow, you have to let yourself be carried away by people, but without forgetting your essence, finding the intermediate point,” he says.

Gone is the violence that reigned in his environment and from which he managed to escape thanks to music, but which – paradoxically – is often exalted in the different urban genres.

“It is part of this music, as you have to go through obstacles to make yourself strong. I am proud of what I experienced, but it is true that I would not want my son to go through there, because it is not so easy how it looks,” he confesses, convinced at the same time that “music must build values” and that it “saves lives”.

He is currently on his first world tour. After his stops in Bilbao and Marbella (Malaga), this September 12 he continues his journey through Spain with another concert at the Marina Sur in Valencia, on the 16th at the Rocío Jurado Auditorium in Seville, on the 17th in the Cadiz town of Puerto de Santa María (specifically in DSoko) and, finally, the 18th at the Wizink Center in Madrid.

In total, his “Myke Towers El Young King: The Tour” includes 37 stops in cities in the United States, Mexico, Colombia, Spain and Switzerland. Already in January he will offer his first great concert as a soloist in his homeland. “That is the most important place for me, Puerto Rico is Puerto Rico always in my heart,” he concludes excitedly.