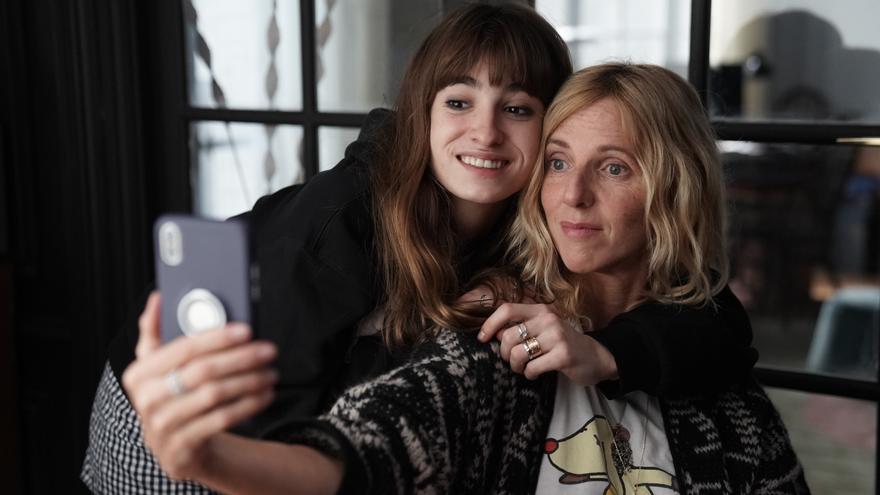 Madrid, Jan 26 (EFE) .- The “empty nest” syndrome, which many filmmakers have used as an argument for their films, is also the origin of the French comedy “My girl”, which its director Lisa Azuelos has handled as an element therapy and to “start a new life”, vindicating herself as a woman and not just as a mother.

“Making this film helped me a lot to reflect, but what helped me the most was that I managed to make a creation out of emptiness that will remain forever, and it has also allowed me to start a new life, another kind of life, in which I see myself as a woman, as well as a mother, “says Azuelos in an interview with Efe.

The actress, singer, screenwriter and director, rose to fame with the teen comedy “LOL (Laughing Out Loud)” in 2008, and in 2012 she did the American remake with a teenager Miley Cyrus as the protagonist; She is now her own daughter, Thaïs Alessandrin, the rising star.

With actress Sandrine Kiberlain as Heloise, the director’s alter ego, “My Girl”, which is told in a gentle comedy tone, tells how as her young daughter Jade’s departure draws near, Heloise’s stress increases and clings to the memories of moments shared with her.

“My girl” is not only based on the experience of the director, who experienced the departure of her youngest daughter to a university in Canada, but “is”, point by point, what happened, says Azuelos with a laugh.

“All that the film tells is my life”, even the scene in which the school administration catches him blowing his daughter an answer to the test she was taking over the phone.

The mobile phone is practically another protagonist, but because Azuelos wanted to show “how memory works.” “In our heads, we do a kind of censorship, a selective memory for memories, but now -denounce- our memories are replaced by technology, we rely too much on technology.”

“What is not recorded is that it does not exist -he protests-, it is as if what does not happen on your phone had not existed”

Told on the basis of ‘flashbacks’ that are beautifully interspersed with real time, the director confesses that that structure dotted with memories is what has given her the most work.

She acknowledges that the birth of her children marked her life, but in the film she has focused more on the 4 or 5 years of the little girl: “When she is with her brothers, we are all in the family, and she began to ask questions.”

“It has been fantastic to be able to share this with so many other women who feel empathy, because they have lived the same thing,” says Azuelos, although Heloise is not an ordinary woman. Divorced when the children were very young, she has made an effort to let them grow up with maximum freedom, eating their fears and trying not to show that she is overprotective.

Thus, he puts on a poker face when his daughter, who has not yet turned 18, smokes and drinks with her friends at home with the support of her mother, who does not fail her even when she appears with her recent boyfriend, whom she invites to sleep with her in her room. He resists, yes, when he asks for permission to parachute.

All true, augmented by the comedy of the tape; also the moment when, about to leave, her daughter gives her the plastic headband that, as a child, made her a princess.

“And my girl crowned me at the airport, really,” Azuelos says, with a certain emotion: “This is how she opened the way for me to learn to crown myself, because I realized little by little that if I didn’t crown myself, nobody was going to do it, “she sums up.

The film opens on Friday in theaters in Spain. “Today it is better to live in Spain than in France because here we have been six months without restaurants and cinemas, without releasing a single film,” complains the director, who understands that restrictive measures “are being taken in her country” rabid and absurd “.