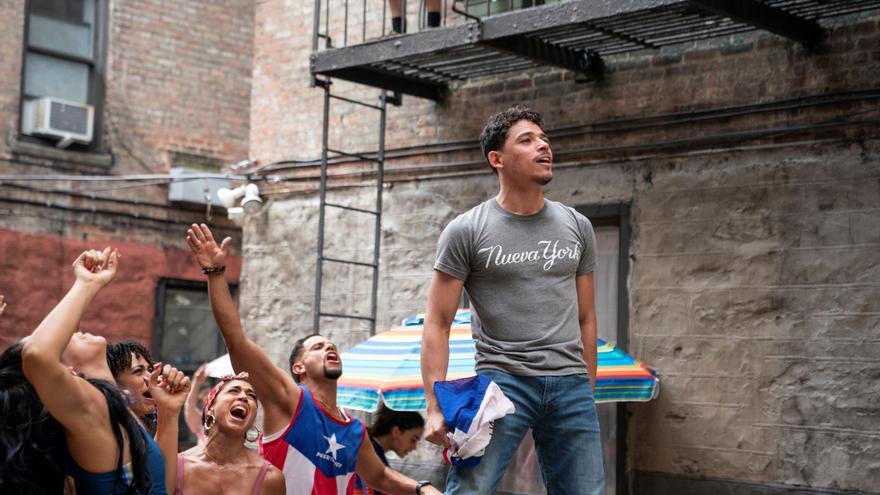 Los Angeles (USA), Jun 25 (EFE) .- There are plenty of reasons to say that Anthony Ramos is the Latin artist of the moment: His leading role in the musical “In The Heights” and the HBO series “In Treatment “joins the release this Friday of his second album,” Love and Lies. ”

“The work does not stop. There are days when I am tired but I love it, it is a blessing,” explains the New Yorker of Puerto Rican origin in an interview with Efe.

The image of Ramos is everywhere. It was the cover of the latest issues of The Hollywood Reporter and Time magazine, which dedicated a copy to the leaders of the new generation. This week he performed on the James Corden show and his face fills up posters promoting the musical film.

“The posters are great – he affirms -. But I do not take anything for granted, I try to enjoy it because I know it is a gift”.

Not long ago Ramos was fighting to get auditions for the Lin-Manuel Miranda plays that ultimately launched him to success, “Hamilton” and “In The Heights.” For a time he invested his earnings as an actor to record his own music.

“My family struggled a lot when I grew up. My mother raised three children on her own and we were a low-income family. In the neighborhood there was alcohol, drugs, violence … And all kinds of things that could have done that today I I wasn’t giving interviews, “he recalls.

But the artist has left behind the intimacy of his debut, “The Good & The Bad”, and has opted to launch a festive album that fills people with joy, after a difficult year due to the pandemic.

The twelve songs of “Love and Lies” mix Caribbean rhythms, “Afro-beat”, reggaeton, “R&B” and electronic music with a common denominator: “That people feel good when listening to it.”

“Who wants to dance, who wants to make love,” says Ramos, who proposed that each of the songs be a breaker. “When I hear it, I feel it that way,” he says.

“Blessings”, produced by One Love (Jennifer Lopez, Madison Beer) and Will Wells (Imagine Dragons), opens the album with tropical rhythms reminiscent of the sounds Ramos heard growing up.

Next, songs like “Échale” and “Right Now” are closer to reggaeton or, as he points out, cubatón.

“I was in a Cuban taxi, I heard a song and I asked the taxi driver ‘what is it?’ and he said ‘it’s cubatón’. I bought 10 records to listen to those rhythms. So I spoke with Andrés (Torres) and Mauricio (Rengifo), the producers of ‘Despacito’, and I asked them if we could make a song like that, “he says.

Other tracks, like “Say Less”, are reminiscent of “R&B” by The Weeknd. Although Ramos’ favorite for the dance floor is “Lose My Mind”, full of synths and nods to synth-pop, as it is produced by Dave Stewart, one half of Eurythmics.

Ramos closes the album with the most personal theme “I Can’t Get By”. “It’s about a situation where you don’t know what’s going to happen, where you’ve done the same thing for a while and nothing changes,” he describes.

“IT IS DIFFICULT TO COMPAGINE EVERYTHING, I TRY TO ALWAYS BE CLOSE TO THE MOMENT”

“It is difficult to combine music and acting because they are ‘full time’ jobs – he acknowledges -. There are days when I think I will be free and not. But I am a musician and an actor, I like to make art and I get used to this”.

His secret to get everything done?