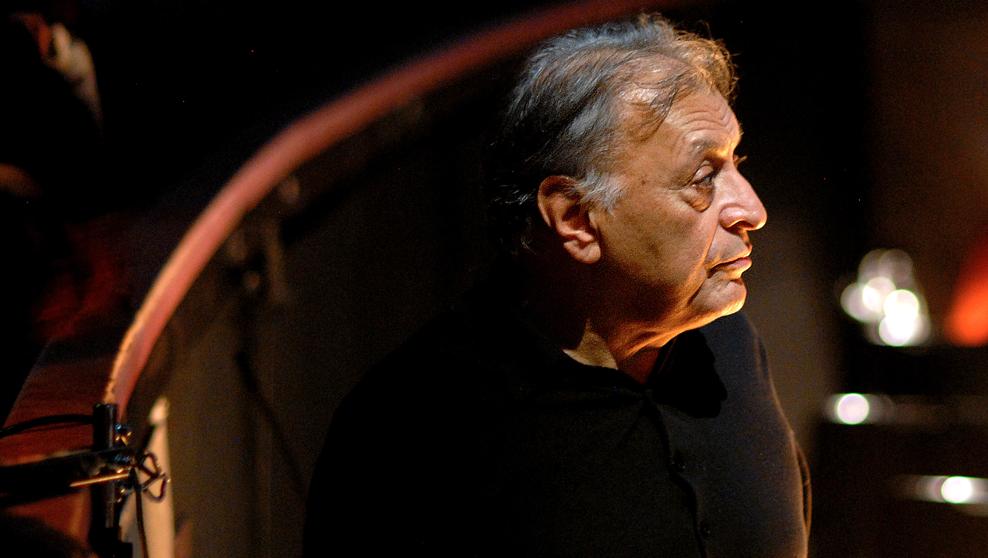 It was 1969 when a young man Zubin Mehta he was appointed music advisor of the Israel Philharmonic Orchestra. It was the group that had founded the historic Polish violinist Bronislaw Huberman in 1936, getting 75 notable Jewish musicians to travel to Palestine. This happened just the same year that the Indian teacher was born in Mumbai. And maybe that's why fate wanted to join its trajectory to that of the emblematic orchestra. In 77 he was appointed head director and since 1981 he is a life director. They have been promoting peace and diplomacy in the Middle East together for half a century. Now, after more than three thousand concerts together and tours across the five continents, Mehta gains strength to overcome her already long illness – a cancer that took her away from the stage last spring – and say goodbye to her musicians in which she is being its last world tour with them. The vanguard Talk to the phone with the incomparable artist before September 18 goes to L’Auditori de Barcelona hand in hand with the cycle BCN Clàssics.

How are you health?

Of Indian origin but Viennese in the background, you represent as nobody the fusion of cultures and civilizations. Do you see relief in this regard among the new generations?

We have to look carefully because there are musicians who are wonderful. Right now Lahav Shani will assume the baton post of the Israel Philharmonic after fifty years of being there. And I have a lot of confidence in him. Then with this profile there is also Gustavo Dudamel at the Los Angeles Philharmonic, and there are soloists from China who will have to pay attention.

Did you suggest this appointment?

I suggested it, yes.

Lahav Shani seems to be the new promise of the Jewish world. What qualities stands out to consider a worthy successor to his thirty newly completed years?

He is an excellent musician, he has also grown within our orchestra, which is a good conditioner in his career to occupy the position.

And what vision do you have of the future of classical music in this crazy world of social networks and online advertising in real time?

It is not the world that is crazy, the world is wonderful. It is the people who run it that is not entirely logical. It is corruption, false ideologies …

And the quick way to make them run through social networks?

Networks can be used very dangerously. Notice the annexation of Kashmir by India, which is something completely illegal. That worries me a lot. Kashmir, divided between India and Pakistan, is one of the most beautiful and until recently autonomous provinces, with its own government. It has 80 percent Muslims, who at the time of independence wanted to join Pakistan, but since the Maharaja was Hindu, he wanted the connection to be with India, which has resulted in an illogical situation since 1947. Still thus, they could survive because they have autonomy, their own policies. And a few weeks ago the Indian government decided to annex it. And that is illegal. But the Indian extreme right … It is very unfair. Think there are 170 million Muslims in India. And they have lived in peace with us, they are totally Indian.

You have always defended that you had to let musical harmony be an instrument to achieve peace. Does culture have something to peel in this new geopolitical reality and in the face of the rise of ultra-rights worldwide?

Look, six years ago I went with the Bavarian State Orchestra to Kashmir where for the first time Hindus and Muslims sat together to listen to music. And they were smiling listening to Beethoven and Chaikovski. Imagine, that was my dream come true. But it seems that it did not help solve the conflict. No, my dream of peace through music has not come true.

In your concert in Barcelona, ​​you will interpret a symphony with the Philharmonic of Israel, Mahler's Third, which is a journey from inanimation to divinity, a journey through human experience through nature, animals, angels, mysticism … and ultimately, love. To you the life that has taught you throughout your 83 years?

I have lived almost sixty years with my music. And before a symphony like this, dedicated to nature and love, we must remember that in the time of Gustav Mahler and knowing how much he had suffered, nobody wanted to direct it. The composer went to the orchestra directors and played piano fragments. And he made a move with the Berlin Philharmonic with which the musicians fell in love. With that love for the nature of which he speaks, with a second movement that dedicates him to flowers, with the first 40 minutes of the Bread Awakening, which seeks his kingdom in nature … the public has no doubt to feel transported . And then there is the last movement, which is 27 minutes dedicated to love … It breaks my heart every time I direct it.

I had already done it in Barcelona and now it makes me very happy to return with this symphony. I also love playing it in this room.

Do you mean the Palau de la Música? Because this time the concert is scheduled at L’Auditori … Al Palau will return in April 2020 with the Vienna Philharmonic.

I mean the Palau, yes. I remember that the first time I came was in 1976, or so I think. And a Catalan Jesuit monk came to see me, then already retired, with whom I had educated myself in Bombay, at the university.

What stimuli do you find at this stage on the podium?

Only the great music in front of me and played by magnificent musicians. Be it Mahler, Beethoven … In Madrid we will play Berlioz, and also a piece of the Israeli Ödön Partos that is very good.

The one in Barcelona will be one of his last concerts with the Israel Philharmonic … What feeling does that goodbye wake you up?

It is the last tour, after almost four thousand concerts with them. In October, all my solo friends will come to the Charles Bronfman Auditorium in Tel Aviv for fifteen days to celebrate this goodbye with the orchestra, that period of mine in Israel … Pinchas Zukermann, Mischa Maisky …

What can you say about silence? Is it something that is becoming important when making music as the years go by?

The most inspiring silence is that which occurs in those seconds when I get on the podium and raise my arms to start the music. This is undoubtedly a magical silence. It is here, in this small moment, where you have to provide the orchestra with the inspiration for what has to happen.