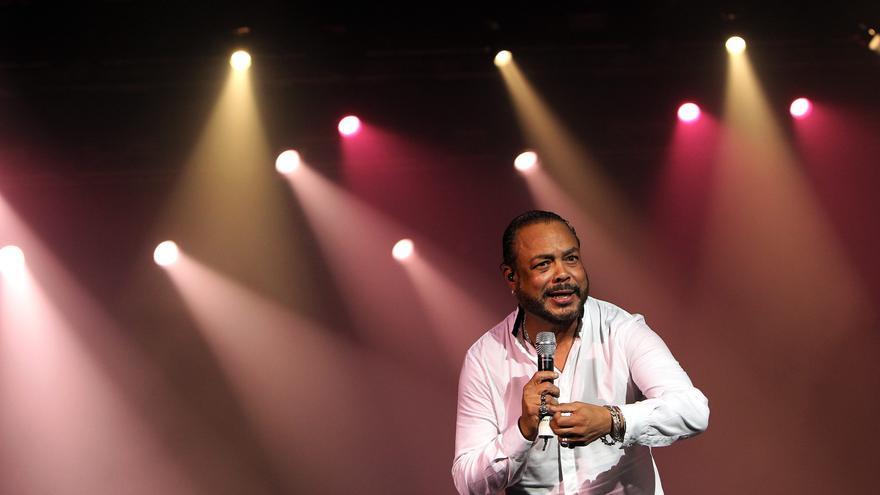 Madrid, Jul 12 (EFE) .- With dyed hair and nails painted blue because he likes “for people to question themselves”, Francisco (Pancho) Céspedes returns to Spain without a return ticket to carry out an intimate concert tour and various projects that he has in mind in the country where his musical career took off.

“In 1998 I came here and raised my leg. People still remember and get excited about” La vida loca “. It was the place where my career really began and the world was exploited. It almost coincided with Mexico, approximately one week, but Alejandro Sanz brought my album to Spain and Miguel Bosé introduced me to all the programs, “he recalls in an interview with Efe.

From the beginnings of Francisco Céspedes (Cuba, 1957), singers that he has admired “all his life” remain in his memory, such as Serrat, Antonio Canales, Antonio Gades, Lolita or Rocío Jurado and Rocío Durcal, “with whom there was very good relationship and sadly they left us. ”

But there are also other artists who forget him. “For a while I had every chance of forgetting everything because it was always at a very high intensity.”

Of that “crazy life” there is little left. “Those intense nights at dawn without stopping, without sleeping, drugged, drunk and fucking, I exchanged them for books, culture and history, for whatever I wanted to do to myself. I took those things out of my life because I was a The obligatory path that I had set myself. I said “your life is not so crazy,” it was a routine, “he confesses.

The last time he came to Spain to work, a date that he does not remember exactly, it was with a businessman who does not know if it really was “because I did not give any concert” despite promoting in various media, he tells as an anecdote.

In this return, the Cuban begins in Badajoz with the “great artist” Marta Sánchez his “intimate” tour on piano and voice. “It is said that it will be intimate because there is a piano, but I think that the symphony can be more intimate”, thinks of these appointments to which will be added the one of July 16 in Les Moles Ulldecona (Tarragona) and that of the 24 July in Madrid, in which Álex Casademunt will be honored.

Now, in this new return to the country who is “in love” with the light, he will interpret new songs but will sing, of course, “Vida loca”, “Nadie como tú”, “Remolino” or “Señora” (with which now it is identified, he says), songs that are part of the collective memory and that “the public made their own”.

Without a return ticket, he has long planned a project in Valencia with Ariel Cumba (“La mamma”), the Cuban singer and transformist, with whom he will develop “a personal story of his life where I am going to play the role of his father “.

Recently, Céspedes has coincided with the also Cuban Yotuel Romero in the preview of a film and from there a collaboration has arisen, in which “a late-night Spanish gypsy like me, who told me that he admires my songs”, Original Elías will also participate.

He claims that he no longer knows whether thinking is good or not. “By not thinking they have made us do and almost be who we think we are”, but on the other hand “the human being, by thinking so much, hurts this planet”, points out the composer, who is not tied to the national symbols or the flag and rejects labels.

“I am neither Cuban nor Mexican. I am not Pancho, nor Céspedes Rodríguez, nor heterosexual, nor singer nor singer-songwriter. I only dedicate myself to that. The last name is not mine. My grandfather was Chinese but his employer’s surname was Céspedes. I was born In Cuba, I really like my island but I can’t stand it because the government that has it has destroyed it. ”

Thanks to his descendants, from whom he actively listens to advice, he has been able to “continue to be inserted in this world.” “The whole paradigm was changed for me: social networks, the way of thinking, values ​​and ethics between good and bad they let me know, that’s why I listen,” he says.

Now he is in a reflective stage and in the “philosophy of Pancho”, as he calls it, the existential debate between life and death seems to be more than overcome. “I am very Borgiano. For me death is a blessing. I do not want to die, but that matter I have already resolved,” ditch.