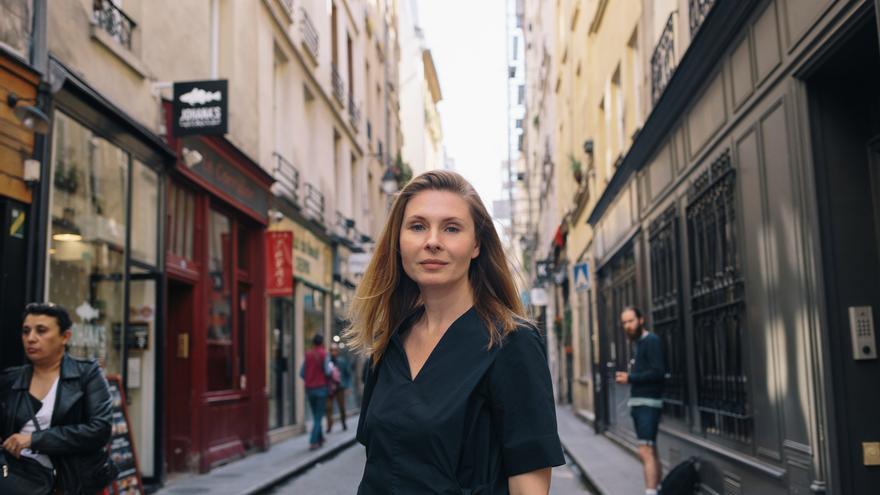 Madrid, Apr 5 (EFE) .- Moldovan author Tatiana Tibuleac explored mother-child relationships in her crude novel “The summer that my mother had green eyes” and returns to treat the lack of love in childhood and the search for identity in his new book “The Glass Garden”, two works that, he says, “are very popular among psychiatrists.”

In 2019, Tîbuleac hit bookstores in Spanish with his first novel, which won numerous awards, with the story of a troubled teenager who was facing the death of his mother from cancer, a book that, he maintains, has been used on many occasions by psychiatrists in their therapies, as explained in an interview with Efe.

The author now returns with “The Glass Garden”, edited like the previous one in Impedimenta, a novel in which she tells the story of Lastochka, a girl who, during the gray years of communism in Moldova, is rescued from a terrible orphanage by an old Russian woman.

However, this act of apparent mercy hides a terrifying reality: the little girl will be forced to work collecting bottles on the streets of the city of Chisinau for almost a decade in which she is prohibited from speaking her mother tongue and has to adopt Russian as mode of expression.

The protagonist thus becomes the symbol of the loss of their cultural identity of an entire people whose language and culture were taken away, as happened to its author, born in 1978 in Moldova, a country of Romanian culture that was for half a century part of the USSR.

And it is that in 1939 Romania was divided into spheres of influence for Germany and the USSR and after World War II, Bessarabia, occupied by Soviet troops, became the Moldavian Soviet Socialist Republic, part of the USSR until its independence in 1991. And Moldovan, a Neo-Latin language similar to Romanian but written in Cyrillic characters, prevailed as the official language.

“Discussions about the ‘Moldovan language’ the language that was imposed on us in Moldova for many years, an invented and humiliating language, are never simple. First of all, because this detail is not known all over the world and it is difficult to explain to a foreigner why you come from Moldova but your language is not called Moldovan, but Romanian or Russian “, explains Tibuleac.

“To someone it may seem wonderful that a country, a geographical area, has only one language of their own. And many times it is; but the Moldovan language was not something that we wanted to keep at any price, but something imposed in exchange for our own. true identity. The move to Cyrillic calligraphy was made to separate the natural population of Bessarabia and bring it closer to Russia, “he continues.

And the result, he argues, “was worthy of Frankenstein: forgotten in one part and not accepted in the other.”

As a child, she remembers, they didn’t think much about what was going on around them: Russian was the fastest means of communication, the language of the elites. And at school, in primary school, they learned the Moldovan language and no one wondered if it was correct or not.

But with independence “they told us that our language was another, not the one we had grown up with. They told us that the Russian language was no better, on the contrary, that it was the language of the occupants and that we should forget it. You feel humiliated, even mocked, to discover that everything they have told you up to then has been a lie. ”

Tibuleac has always lived, he assures, with the feeling that everything he does is “between” two completely different cultures, the Slavic and the Latin. And sometimes it has felt that it does not belong to anyone: How long does it take for a people to regain their cultural identity? “Sometimes a lifetime, sometimes entire generations,” the writer replies.

For Tibuleac, a childhood without love and a childhood of abuse are two sides of the same coin. About the lack of the first he wrote “The summer that my mother had green eyes” and about the second “The glass garden.”

However, in the case of a childhood without love, there are many more nuances: “some parents do not express their love for various, disciplinary, religious reasons, because they simply do not know how to do it, no one has taught them, but this does not mean that they do not love their children, while a beating is a beating, an abuse is an abuse, there are no longer any explanations here. ”

A vulnerability of minors that is usually even greater when it comes to a girl: “Wherever I come from, always.”