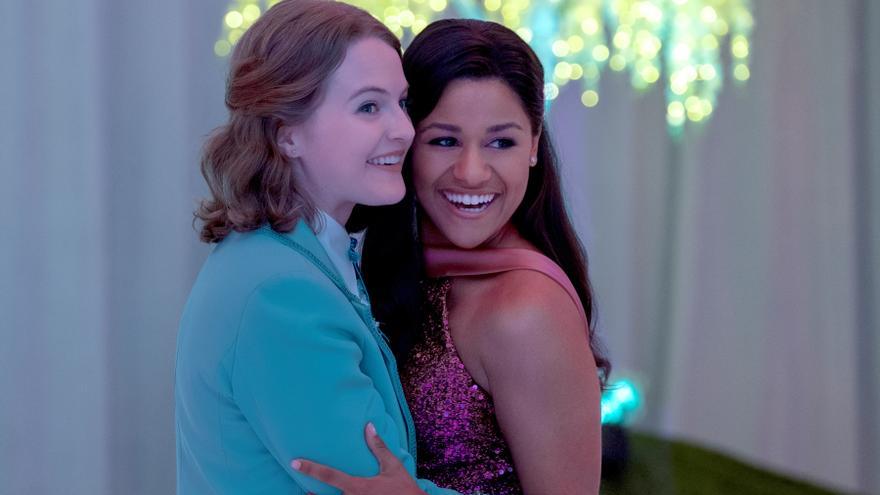 Los Angeles (USA), Dec 11. (EFE) .- The actress Ariana DeBose does not forget one of the key memories of her adolescence, when she danced for the first time with a girl at her prom and noticed uncomfortable looks that made her separate and “feel ashamed.”

Years later, the Afro-Latin interpreter premiered “The Prom”, a musical that vindicates LGBT pride with two Hollywood stars, such as Meryl Streep and Nicole Kidman, under the direction of one of the most sought after filmmakers, Ryan Murphy (“Glee” , “American Horror Story”, “The Politician”).

“It was like closing a cycle,” says the actress in an interview with Efe.

As he prepares to take over as Rita Moreno and play the legendary Anita in Steven Spielberg’s new “West Side Story,” DeBose is one of the stars in Netflix’s bid to make one of the most successful musicals available. from Broadway.

“The Prom” tells the story of a young woman named Emma (Jo Ellen Pellman) who wants to go with her girlfriend Alyssa (DeBose) to the prom.

An argument that has a personal echo for DeBose: “When I went to the prom I was questioning my identity. It was not a positive moment.”

In the film, the conservative voices of a town in Indiana (USA) oppose two girls going to the party together, so an eccentric and unsuccessful group of Broadway actors decides to come to their rescue, albeit with the intention that such an action can give them good press.

Diversity on the outside and inside, as the actress assures that a large part of the crew and the extras on the shoot identified with the LGBT spectrum and felt in certain scenes “a way to complete their personal experiences.”

“Many of us remember the moment when we began to receive looks for being different,” he says. Therefore, he did not hesitate to accept his character and join a powerful cast that also includes James Corden and Kerry Washington.

DeBose’s dream, like that of many actors, is that his character, a young woman raised in a homophobic family who does not dare to come out of the closet, do “a service” to other teenagers who are going through similar situations.

“She goes through a very difficult process until she reaches a happy place,” she claims. That makes her potentially iconic for many. ”

PROTAGONIST OF THE RENAISSANCE OF MUSICALS IN CINEMA

Hardened on the Broadway stages, DeBose is turning 29 years into one of the main faces of the renaissance that the musical genre lives in the world of cinema.

This summer he premiered the television version of the musical “Hamilton”, by Lin-Manuel Miranda, now he presents “The Prom” with Ryan Murphy and next year it will be time to see his most anticipated work, the new version of “West Side Story “directed by Steven Spielberg.

“Musicals are not a mere distraction, they allow us to deal with reality and face things in our world that are not so positive,” he describes.

And, for now, his assortment of works touches on current issues such as racial justice, LGTB rights and the review of certain chapters of history: “We are in a moment of global anxiety and interest in the format of musicals arises “, he reflects. Of an escape and an alternative to reality.

MUSICAL RETURN FOR STREEP AND KIDMAN

“I was the new one, but they never made me feel like a small fish in the middle of the ocean, they are actresses who make you feel that you matter, like the movie,” DeBose closed.

Tags: are, Ariana, debose, distraction, musicals, no, prom, the