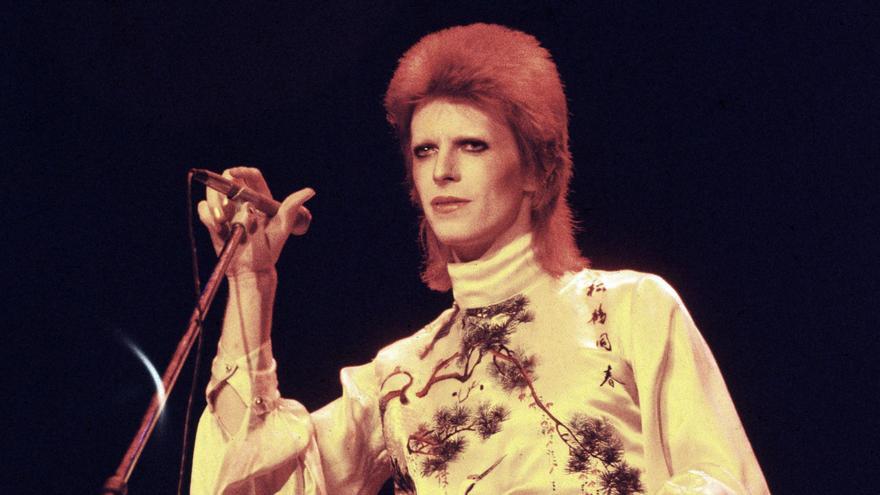 One more year, the Atlàntida Mallorca Film Festival returns, with a double bet in person (from July 26 to August 1 in Palma de Mallorca) and online (on the Filmin platform, organizer of the event) and with a program that is literally overflowing. The feature films they are counted by dozens and can be viewed in a staggered manner throughout the month of the festival, which will conclude on August 26. It is, again, a good opportunity to delve into contemporary audiovisual production, with a very special emphasis on European cinematographies. Beyond the most common France, Italy or Germany, Atlantis spreads proposals from Armenia, Estonia (Veiko Õunpuu, one of the two filmmakers who is the subject of a retrospective, comes from that country) or Finland.

The contest has diverse souls, some of which are represented through different thematic agglutinating labels. The section Melodies groups together different cinematographic proposals with the music as the main element. Y Generations, Historical memory or Movies rediscovered clearly identify the content that we can find in them: portraits of adolescents, twentysomethings or young people in their thirties, works that address painful pasts, or recoveries of past film heritage. We highlight some of the multiple options offered by the vast offer of the festival.

The young filmmaker Hadas Ben Aroya began to stand out with the feature film People that are not me. All eyes off me It can be considered its consecration with its triptych of stories about twenty-somethings in the heat of experimentation with sex and drugs, and with the possibility of intergenerational encounters. The tapestry of characters is made up of several long scenes with dramatic weight. The director uses time with a very clear purpose: to present the characters to the public and let them grow in spaces and at specific times.

The author relapses in some resource (such as the use of a personal anecdote, loaded with meaning and explained at length to define the character that tells it), but her film is easily captivating. Despite the meticulous construction of the sequences, Ben Aroya manages to project frankness and a remarkable appearance of spontaneity. Acting performances that convey a lot of conviction contribute decisively to this.

More generational portraits: I am gen Z, a documentary criticizing the damaging effects of the digital revolution, or Eden, a drama about the possible conflicts between the initiation to love and the religiosity of some adolescents.

The director Gabriel Range and the musician Johnny Flynn, among others, set themselves a challenge of a certain difficulty: a biopic about the early years as a musician of a David Bowie who had not just broken into a star. The premise: the singer had signed a deeply personal album about the fear of mental disorders and a certain family inheritance with The man who sold the world, but he did not dare to confess it. Range and company alternate road movie scenes about the artist’s endless promotional journey with an enthusiastic press agent and snippets from a traumatic past marked by the internment of Bowie’s stepbrother in a psychiatric hospital.

Stardust It was born quite conditioned by extra-cinematic problems: the musician’s heirs, very dissatisfied with the approach, did not approve of the use of his compositions. In addition, the dramatic approach has some internal logic, but it can be uncomfortable to insist on representing the protagonist as a fish out of water who makes a fool of himself in almost every interview and social interaction that he faces. The poignant concept, received as insidious by the Bowie family, contrasts with the rather conventional formal proposal only expanded by some flashback expressionist.

More for music lovers: Shoplifters of the world, a fiction based on real events presided over by the music of The Smiths, Mogul Mogwli, a drama about a Pakistani rapper, or Max Richter’s Sleep, a documentary about this minimalist music composer and performer.

A precarious young man from an unstructured family enlists in the French army to find job stability, order and something similar to a meaning in life. His destination is an antiterrorist unit where he is supervised by colleagues with a certain tendency to paranoia or defenders of strange conspiracy theories that can unite Michael Jackson and the Islamic State. Giovanni Aloi signs a kind of European version of the hurt Locker that exchanges the distant sands of Iraq for a Paris perceived through eyes marked by fear.

The Third War is a laconic drama punctuated by some outbursts of tension and violence. As in the aforementioned the hurt Locker, deals with the brutalization of some soldiers. Aloi enacts that warrior mentality typical of security forces that see citizens as a potential threat to order, but seems to extend this brutalization to an entire society in a diaphanous way. This time around, there are no real enemies to justify it, just shadows.

More political movies: The war without a name is a drama starring Gerard Depardieu that evokes the horrors committed by the French army during the Algerian independence process. An ordinary drama is a found-footage documentary about citizen surveillance in communist Poland. Coup 53 explores in a very atypical way the coup in Iran in 1953 and the making of a film about it.

This caustic exponent of horror comedy shows another of the souls of Atlántida Film Fest, which also welcomes atypical proposals that start from materials from established cinematographic genres to make films that expand (or burst) their conventions. In an abstract way, Um fio of scarlet slime can connect with some contemporary artistic reinterpretations of Dario Argento’s legacy of Italian horror (Suspiria) and company, like Amer or Knive + heart. This time around, a serial killer becomes a media personality by pure chance.

Portuguese offers a kind of American psycho minimum in duration (59 minutes) and budget: its central character is a psychopath whose extremely narcissistic behavior is adapted to our present of social networks. The visual aspect of the work seems clearly designed to show itself, like life seen through Instagram filters, a strange and colorful simulation. The decision to make a film without dialogue enhances the rarity of the set. Communication by mimicry of the characters emphasizes the black humor of a proposal with misanthropic airs or discomfort with respect to the social landscape, halfway between experimental and humorous cinema.

More for adventurers of film genres: Cut! is another gamble on terror with an eye on Italian classics. In In the mirror the tale of Snow White is transferred to our world of selfies and experiences captured live through ubiquitous cameras.

The Dardenne brothers themselves, titans of the European social drama, have opted for the thriller as a way of representing reality. Works such as The unknown girl, especially, or Two days one night, where work life becomes a movie of intrigue. The first feature film by the Frenchman Fréderic Farrucci makes his particular bet on the twinning of social drama and film noir. It deals with the experiences of a young Chinese driver, doubly bled by platform capitalism and by the mafia group of human traffickers whom should years of work.

In one scene of the film, the protagonist looks at the shopping bags of passersby, symbolic of a consumerism that invites and excludes him at the same time. Between the landscapes of urban nights and the cushions of suggestive electronic music, Night ride shows us a couple of characters who try to go beyond the ruthless struggle for subsistence, to get some crumbs of capital in a night Paris of mafias, neo-slavery and other submerged economies. The film can be added to a certain pantheon of mixtures of drama and thriller What The yellow sea or A land imagined: in varying proportions, all of them deal with the shredder of migrants, liable to disappear without a trace between the gears of the shredder of global capitalism.

More conflict cinema: Land of milk and honey, a documentary about the wounds of the wars in Georgia, Syria or the former Yugoslavia in three families. Human factors, a drama that makes emerge at the blow of thriller the frustrations and fears of a wealthy family.