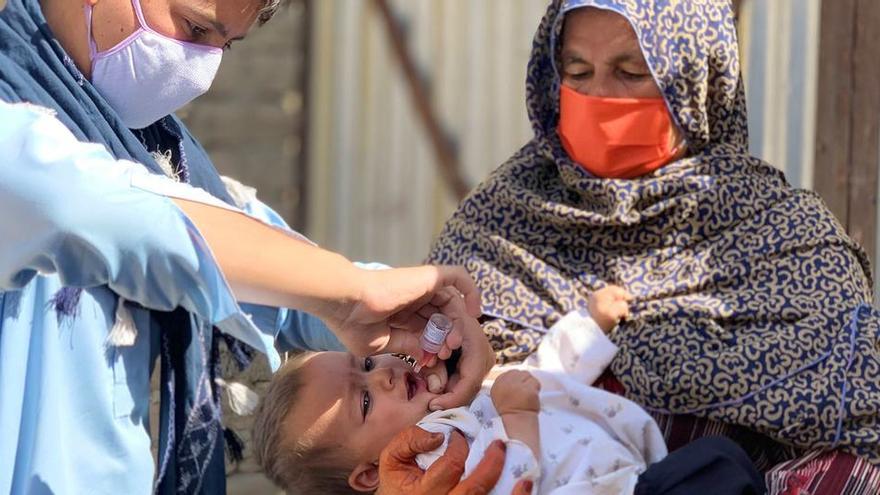 Last Thursday, February 24, eight health professionals were killed in four different locations in northern Afghanistan while they were vaccinating children, according to a United Nations (UN) team. The author of this set of crimes has not yet been clarified. The atrocity has forced the UN to suspend the polio vaccination campaign that had started just a few days earlier in Kunduz and Takhar provinces. This latest campaign in Pakistan was aimed at immunizing nearly 10 million children under the age of five.

The regional director of the World Health Organization (WHO) in the Eastern Mediterranean, Ahmed Al-Mandhari, warns that this will leave thousands of children unprotected and exposed to a life-threatening disease that can cause permanent paralysis. : "These cowardly acts ultimately only harm innocent children, who should be given every opportunity to live in safety and health."

In addition to the UN the WHO has harshly condemned the killings and expressed his condolences to the families and friends of the deceased: "This senseless violence must stop immediately and those responsible must be investigated and brought to justice. These attacks are a violation of international humanitarian law."

Multiple international health organizations such as UNICEF, WHO and the UN have spent decades devoting vast amounts of resources and personnel to ending polio in the world. If successful, it would be the second human infectious disease to be eradicated, after smallpox. Currently, only two countries are missing to achieve it: Pakistan and Afghanistan, although it has been detected an isolated case in Malawi raising fears that the virus is circulating in Africa off the radar of the authorities.

It is no coincidence that Afghanistan and Pakistan are precisely the last refuges of the polio virus. Several factors have made vaccination extremely difficult in these places: poverty, religious fanaticism, areas of difficult access, large flows of refugees, insecurity due to armed conflicts and the shadow of suspicion on the vaccination teams.

This episode of extreme violence against health workers during vaccination campaigns is not an isolated event. The health teams that are organized to immunize the population are sometimes victims of armed conflicts or violent groups. Some sectors of the population of both Middle Eastern countries distrust them due to suspicions of espionage or the hoaxes that some religious leaders spread about vaccines, such as that vaccination seeks to sterilize Muslims.

Just last year another nine people were killed while vaccinating against polio in Afghanistan. In 2016, an article published in the magazine The British Medical Journal documented that 78 polio vaccinators had been killed in Pakistan by the Taliban and 85 others had been injured. All this despite the fact that the toilets had police protection to protect them from possible attacks. There were more than 5,500 policemen engaged in this work in 2014 in Pakistan.

One of the events that has made it difficult to put an end to the polio virus in Afghanistan and Pakistan was the great distrust caused by a false vaccination campaign against hepatitis B that took place in 2011. This campaign was organized by the Central Intelligence Agency ( CIA) as a cover to try to track down then-Al Qaeda leader Osama Bin Laden. A local doctor collaborated with US intelligence services to acquire DNA samples from children in Abbottabad, Pakistan, where bin Laden was suspected of hiding, while vaccinating. The idea was to detect close relatives of the terrorist –they had as a reference the DNA of his sister who had died a year before in the US– and thus confirm that he was at the scene.

This CIA strategy was kept hidden until an investigation by the newspaper Guardian revealed the details months later, which unleashed the rage and anger of the Taliban and part of the Pakistani population. Various religious leaders issued edicts linking vaccination campaigns to covert CIA activities. Attacks on health professionals involved in vaccination campaigns intensified from then on.

That the CIA used vaccination as a cover also led to a greater rejection of such preventive treatments by the population. One study documented decreases in vaccination from 23 to 39% for diseases such as polio, measles, diphtheria, tetanus or whooping cough in districts where there was greater support for Islamist groups.