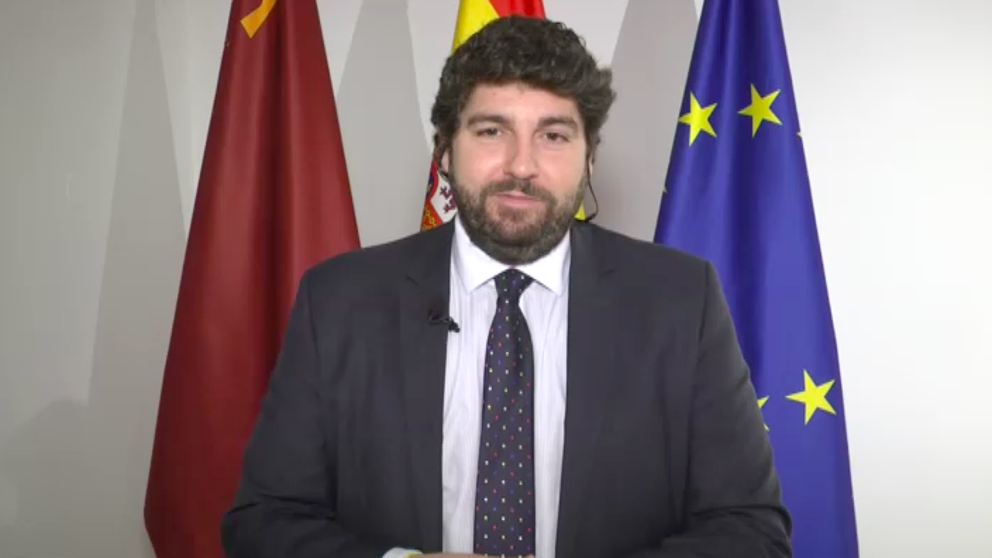 The president of the Region of Murcia, Fernando López Miras, joined the demands that have been demanded for days in the Community of Madrid and in Catalonia, but unlike these, he has decided to act freely, or at least make it appear that it acts. The regional president appeared this Sunday to announce that he ordered the cessation in the region of all those activities that are not essential for the subsistence and supply of the population. The announcement had Moncloa’s reply hours later, which had to remember its “competent authority” by virtue of the declaration of the State of alarm.

But the regional president admitted hours later, in an interview on Cadena Ser, that what he had done was to demand that the government shut down Murcia completely, while guaranteeing that “we will be loyal to the state of alarm.” López Miras lowered his tone by admitting that if the response of the Sánchez Executive to his proposal was no, “obviously it cannot be done, and we will be faithful to the state of alarm.” In addition, the leader said he endorsed the measures adopted by Sánchez, although he claims to go one step further, as Italy has done.

“We have urged the Government to take more measures, but we will be loyal to the state of alarm”

The change in tone came after the government’s reaction to its announcement was known. The Ministry of Health was in charge of reminding him that “an order of these characteristics can only be given by the competent authority, in this case the Minister of Health, as delegated authority by virtue of the declaration of the State of alarm.”

In the Ser, López Miras unraveled the outbreak of rebellion by explaining that what he had done in his formal announcement to the Martians was to demand that the government be totally confined.

“We have made use of article 4.3 of the decree of the state of alarm, which says that the autonomous communities can urge and request measures from the competent authority,” the Ministry of Health, clarified the president. Therefore, “we have urged the Government to take more measures, but we will be loyal to the state of alarm,” he assured.

“It is not time to throw the junk at us, nor to take measures that depend on the Government, but to row forward”

Moncloa had to remind the regional president that while the state of alarm is in force, the Government assumes sole command and exclusive powers. But in addition to claiming power, the central executive once again alleges that the measures adopted are sufficient for now. In this sense, they insist that they are “one of the most drastic measures in Europe and the most stringent worldwide to defeat the coronavirus,” a statement that the Prime Minister, Pedro Sánchez, coined last Saturday.

The government’s reprimand of Lopez Miras’ attitude was accompanied by a new call for “unity of action between administrations”, along with the promise of giving priority to “coordination and collaboration with the autonomous communities in their fight against the pandemic.”

In the same terms, the Minister of the Interior, Fernando Grande-Marlaska, has spoken in an interview this Monday in Catalunya Ràdio, where he has claimed the measures adopted and that the government is working in a “bold and important” manner. For this reason, the leader has demanded “institutional loyalty and coordination” from the autonomous administrations that are showing more criticism of the management of the central executive. “It is not time to throw the junk at us, nor to take measures that depend on the Government, but to row forward,” he demanded.