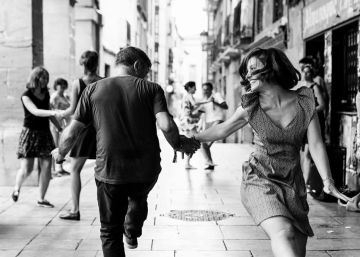 On Thursday, August 15, the sixteenth edition of the Munijazz Festival, which maintains its initial three-day format, thanks to the support of public and private entities that continue to place their trust in this musical event. A very relevant cultural event for the development of the Alto Cidacos region and organized by the Amigos de Munilla association. In addition, it has the collaboration of the municipality of this town, the Government of La Rioja and several public and private entities.

Amigos de Munilla was born in 1981 with the objective of carrying out cultural activities and promoting tourism in the area. It was 16 years ago when the group decided to embark on this adventure, offering an incentive that would encourage people to know this corner of the Rioja geography and, at the same time, liven up the nights of August to the usual neighbors and vacationers of the area. And after more than a decade, Munijazz has managed to gain a foothold in the summer calendar thanks to the excellent response received on previous occasions.

For the sixteenth consecutive year, the Plaza de San Miguel and the hall of mirrors of the Casino of Munilla, will become the benchmark of jazz Rioja. On August 15, 16 and 17, Munijazz's programming will offer six performances of different styles, with renowned artists, from six different countries. They are the duo formed by the pianist and actor Víctor Elías and the Asturian drummer Jairo Ubiaño or the musicians of the IAWT Quartet, a quartet that pays tribute to the compositions of guitarist Allan Holdsworth; both groups start this edition with two concerts of jazz rock, progressive jazz, with touches of funk and trap (in the case of the duo).

The second day will star Magnolia Blue Quintet, a group of musicians in the area, formed around the magnificent guitarist Luisvi Jiménez and the American singer Kate Quinby with roots in Georgia and New Orleans; at night, the Swiss musicians Lukas Gernet, Rafael Jerjen and Samuel Büttiker will be members of the MaxMantis Trio, who will present a large part of the songs that make up their third album Green.

And on the third day, the festival will feature a triple program that will begin with a Jazz Vermouth, enlivened by DJ Iván Boraita and the dances of a group of members of the Rioja Swing association; In the afternoon at the Casino, another of the festival's main dishes will be the trio formed by the Argentinean Pier Bruera and the locals Diego Rodríguez and Nacho Fombuena: Gravity Trío. At night, closing the festival, will be the Costa Rican singer and pianist Pahola Crowley Septet, presenting the content of the third album. All these concerts will be free, since one of the main objectives of the festival is to popularize jazz music and bring it closer to all types of audiences.