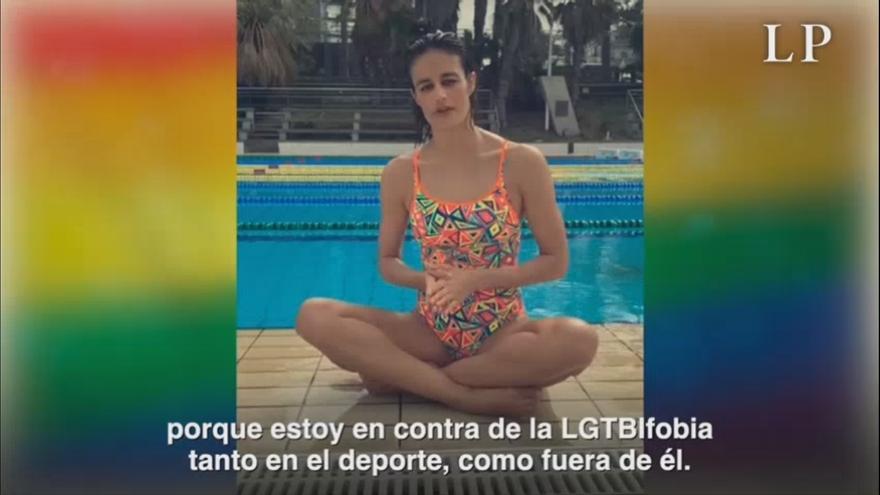 A total of 16 municipalities of Gran Canaria have joined the project “The Rainbow League”, A protocol whose objective is to combat LGTBIphobia in local sports centers.

“Homosexuality is not a disease and sport is necessary for people’s physical and mental health. We need free spaces and sports centers without LGTBIphobia so that boys and girls, girls and boys, can feel in a free and protected space ”, said this Friday at the presentation of the project the president of the Gamá collective, Monsterrat González.

The objective of “La Liga Arcoíris” is “to conquer sports spaces so that they are safe, free of LGTBIphobia and comfortable for people, have the diversity they have”, has detailed the Minister of Social Rights, Equality, Diversity and Youth of the Government of Canary Islands, Noemí Santana.

“Justin Fashanu was the first athlete, black soccer player, who declared himself homosexual within the sports field” and, therefore, today, February 19, marks the International Day against LGTBIphobia in Sports, he explained.

The intention of Gamá with the implementation of this protocol, of insular scope, was to reach five commitments with as many sports facilities in Gran Canaria to begin to eradicate LGTBIphobia, but the group has found “surprisingly” a high response.

Of the 21 municipalities on the island, 16 have signed this protocol and about a hundred centers from these municipalities have joined, explained the manager of the group, Ricardo González.

“The World Health Organization says that sport is a necessity for the physical and mental development of people, so we understand that within the world of sport LGTBIphobia does not fit and no citizen can be excluded from developing in an integral way” , has added.

Likewise, to commemorate this International Sports Day, the Canarian Council and the Gamá collective have created an advertisement for which they have had different Canarian athletes such as the handball player Marta Mangué, the Female Chess Grandmaster Sabrina Vega and the surfer Luis Díaz, among others.

The “Rainbow League” project ends this February, but the group hopes that a second phase of implementation of the measures can be carried out in the island sports centers with which the agreements have been signed.

These measures include training for facility personnel so that they know how to act, assist and treat users; regulate the reality of family diversity in the registration forms and that there are no forms where only families with a mother and father are collected; as well as respecting the felt identity of trans people at the time of having to register and address them.

“The impact has been much greater than we expected and the response from municipal corporations has been enviable and exquisite,” added the manager to detail that only the City of San Mateo has declined to adhere to this protocol for the moment, while with the Four remaining municipalities have not yet concluded the agreement but have not rejected it.

“The important thing is to be clear that we must do our bit from the field in which we work so that also in sport anyone can do it without prejudice and with all the comfort and security that is required”, added the counselor.

In the struggle of LGBT activism, “the absence of referents has always been an obstacle, especially for the youngest, who need them to feel safe with their decisions or the experiences they are having,” González concluded.