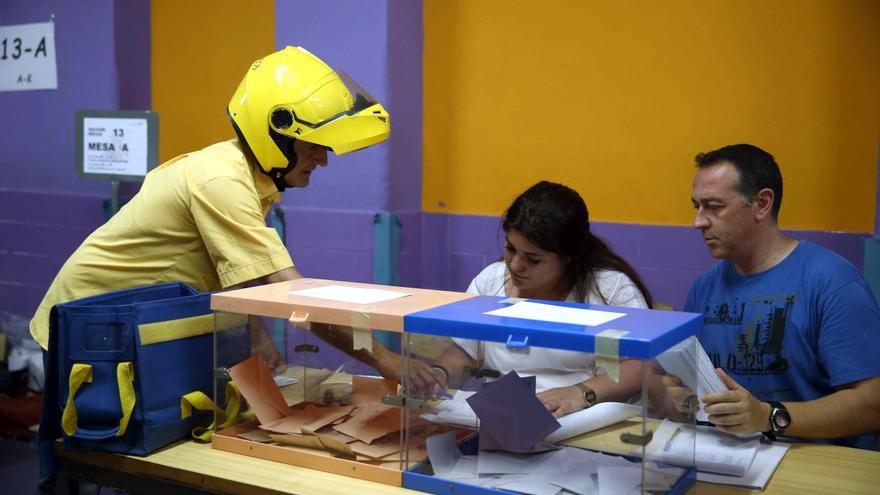 One in four people who have been part of a polling station, 20,579 citizens in total, have presented challenges to avoid being part of the Catalan elections on February 14. Faced with this situation, the authorities that must guarantee the formation of the polling stations, electoral boards and city councils, seek alternatives against the clock to guarantee that on the Sunday of the vote no table fails even if those responsible do not attend. The Board of Barcelona has just issued a criterion in which it asks the area boards to prioritize substitutes from other tables that have been left free to fill any gaps that may remain. For their part, some city councils had already prepared in advance by appointing more substitutes or even repeating the draws.

The electoral legislation (Loreg) leaves the possibility of incorporating members who have not been appointed through the municipal lottery very open to the tables. Article 80 of the law provides that, in the absence of the polling station members, the electoral boards have the power to “freely appoint” substitutes. Historically, the method of electing the first voter to appear in the queue of the electoral college had been used. However, this time the early morning slots have been reserved for people who are especially vulnerable to the virus, which makes the formula of seating the first morning voters at the table highly inadvisable.

In this sense, the Barcelona Provincial Board has signed an agreement this Friday in which it indicates to the zone boards the convenience of using substitutes from other tables. “It is suggested that the criterion to be followed is to reassign alternate voters who should not be part of the electoral table initially assigned because they are already constituted, to those who need members for their constitution within the territorial scope of the corresponding JEZ , preferably within the municipality of residence of the voter “, they indicate from the electoral authority of Barcelona, ​​where some 8,000 people who refuse to participate in the process have been registered.

For their part, the city councils have used more or less imaginative alternatives to avoid reaching Sunday without having assured that all the polling stations can be constituted. According to the ACN agency, several municipalities have already chosen to draw more substitutes than necessary in order to have more margin in the event of resignations. This is the case of Terrassa, where in addition to the two usual substitutes they appointed another two per table. In the coastal town of Cubelles for eight years they have elected up to eight people for each position, so that they always have alternates.

This system is similar to the one used in L’Hospitalet de Llobregat, where for some time nine people have been raffled for each position. Of these, the first three are notified, one holder and two alternates, and the other 5 names are kept as a reserve. If any of these fail, the next one is notified, until the list is exhausted.

The Baracelona or Badalona system is more sophisticated. In these cities they do not draw specific numbers, but rather a random matrix is ​​generated that establishes an order for all voters in the census, or a number of which there are multiples in the case of Badalona. In this way, if one fails, the next is notified, until the complete list of voters is exhausted. As explained to TV3 by the municipal manager of Barcelona, ​​Sara Berbel, from her consistory an alternate has been notified each time the Electoral Board has accepted a resignation, in a practically automatic process.

Other consistories, on the other hand, have chosen to make new draws after finding a lack of table members. This is the case of Tortosa (Tarragona), where the City Council chose on Monday to hold a new process to choose each of the positions that had become vacant, or in Mollerussa (Lleida), where a new draw has also been held. In fact, both city councils emphasize that this is a common practice and they do not rule out having to re-draw some more positions that remain empty between now and Sunday, February 14.

Another of the formulas put on the table by the president of the Electoral Board of Barcelona, ​​Santiago García, was to recruit volunteers who could be part of a common bag to fill possible substitutions at any table that has difficulties on election day. An idea that has nevertheless been criticized for putting the cleanliness of the process at risk. This has been pronounced, for example, by the Síndic de Greuges (ombudsman) Rafael Ribó, who warned that volunteers are not provided for in the electoral law and that the voters registered at a table must be part of it.