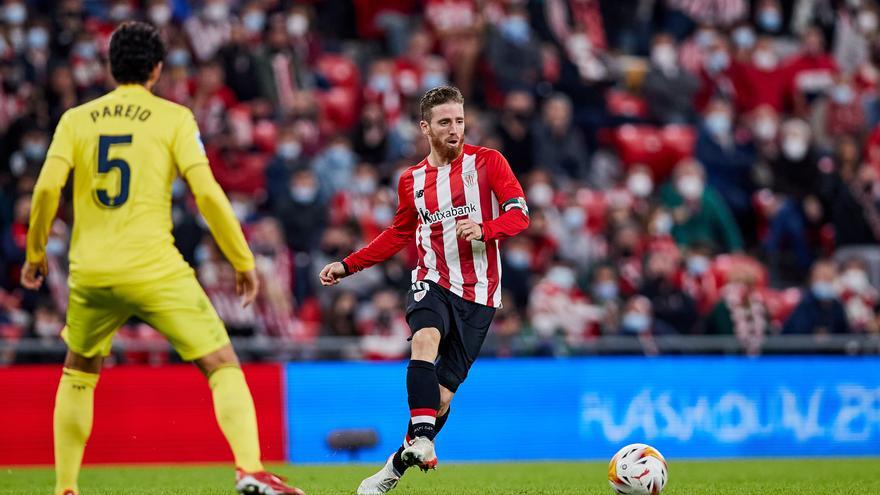 A great Iker Muniain led tonight in San Mamés a valuable victory ofl Athletic club, a 2-1 win with so many rojiblancos from Raúl García and the captain, this one from a penalty, and from Francis Coquelin for the yellows.

In addition to scoring the decisive goal from eleven meters, after a penalty by Alberto Moreno on Unai Vencedor, Muniain was the protagonist of another penalty, which Pervis Estupiñán gave him and Gero Rulli stopped Alex Berenguer, and it was the flow of Bilbao football that ended up defeating the team that arrived in Bilbao after thrashing at home in the Champions League.

Muniain’s great afternoon, with several home-brand passes that could end in a goal and many brilliant plays, joined the second goal of the season by Raúl García, who finished off another great play made by Mikel Balenziaga, the captain and Iñaki Williams .

The Villarreal He countered the locals, especially through Amaut Danjuma, but ended up giving up to be stranded in the second half of the table.

On the other hand, Athletic’s victory boosts him to the gates of Europe, provisionally to a seventh place that always usually has a continental prize at the end of the season.

A first arrival at the end of the first minute of play confirmed the best start of a Villarreal with only one change in the eleven compared to the 1-4 on Thursday at Young Boys in Switzerland. But Danjuma, although he found a goal, was too heeled in the area to put a well-placed Simon in trouble.

But Athletic responded quickly, who chained three clear goals in a row, all generated by Muniain. Although in the one that ended in a goal, the play was started by Balenziaga with a good pass from the inside to the captain. Muniain continued with another great pass, deep, to Williams and the Bilbao striker put it on the penalty spot to Raúl to shoot him from the ground. Three great passes and a good uncheck. A great goal to see repeated.

Athletic players celebrate one of the goals against Villarreal. EFE

Three minutes earlier, Williams had already hit the crossbar with a free shot after Muniain’s back pass, which slipped to the end line.

The third great rojiblanca occasion, which it could be 2-0, It was a header from Íñigo Martínez to a corner kick thrown by Muniain that Rulli rejected under sticks knee on the ground. A play that is repeated a lot this season and from which Athletic has already benefited.

With the collision tilted towards the visiting goal, curiously, was equalized on the scoreboard. Danjuma overcame Vivian in the area with a lucky dribble that got tangled up and delayed the front so that Coquelin hook a hell of a shot that after playing in Íñigo it became almost impossible for Simón.

He still had another Danjuma before the break, which Yéremi did not finish on the edge of the small area, but previously Berenguer also looked for a cross shot that Rulli caught well.

Without the brilliance of the first, the second part kept the tone with options for both teams. The first from Berenguer, almost with a goal with a pumped header, the second from Danjuma, which Simón cleared for a corner with a splendid play, the third from Lekue, a rejection from the front and the fourth another from Danjuma, who finished off to the side.

Chukwueze and Danjuma insisted on the local area and it seemed Villarreal’s moment whenor the VAR intervened to review an entry by Alberto Moreno about Vencedor within the area that was punished with a penalty.

Muniain, from eleven meters, rounded off a great afternoon soccer in which he would still uncover the jar of essences even more, suffering another penalty, which Berenguer scored, and a foul from the front against himself, which came out licking the squad.

Chukwueze put a lump in the throat of the almost 40,000 spectators who attended La Catedral, but the victory and the three points stayed at home.

Incidents: Match of the tenth day of the First Division played in San Mamés before 38,698 spectators. First match with full capacity in San Mamés after the onset of the pandemic, 601 days after another Athletic-Villarreal, on March 1, 2020.