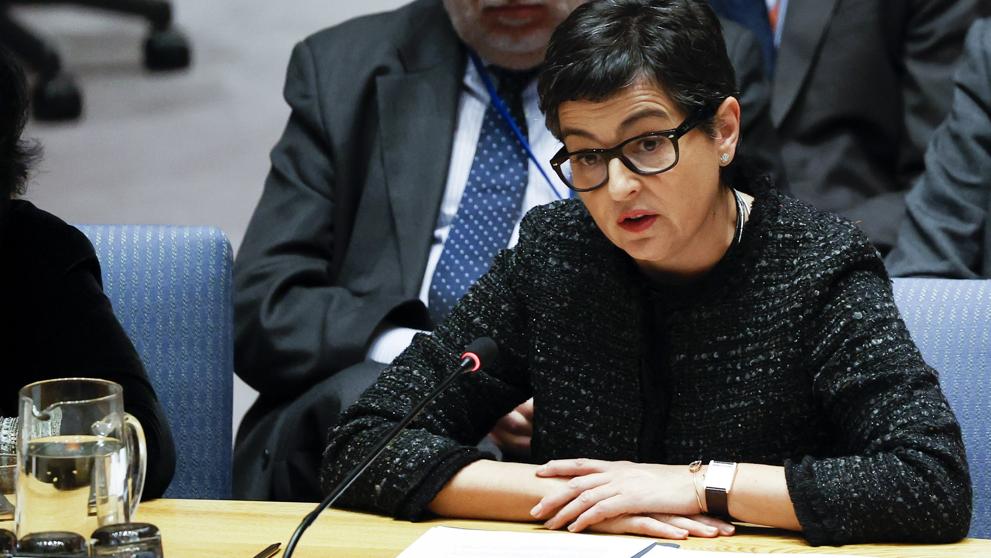 “The Lord Guaido It’s two things at once. ” This is how the press conference started at the United Nations headquarters in New York, Foreign Minister Arancha Gonzalez Laya. In this way, with the recognition of the duality, ruled out that the president Pedro Sanchez I committed a lapse by describing it as opposition leader.

“The title of president in charge an important part of the international community has been recognized, including Spain, a title that has been tailored to the situation in Venezuela. But at the same time it is the opposition leader. These are the two things he represents, ”he said on his first visit to the United Nations Organization, where he worked until a month ago when he took possession of his portfolio in the Spanish government.


Throw balls out on the meeting between Ábalos and Delcy Rodríguez

“Beyond this terminology, beyond all kinds of discussions we may have about this or another aspect, our commitment is the search for consensus within the country and this is where I want us to have a little more discussion, both in Spain and outside Spain, with our international partners ”, he remarked. “For now I have more success with my international partners than I have in Spain,” he lamented. He still clarified that, given that duality of Guaidó, “I have said everything I had to say and I think it is more useful to listen to what he is saying these days.”

The minister threw balls out when she requested her opinion about the meeting in Barajas between her transport colleague, José Luis Ábalos, and the Venezuelan vice president Delcy Rodriguez. “I was not in Spain when this happened, I was in Brussels attending” the Council of Foreign Affairs “of the European Union.

Without further explanation, Gonzalez reiterated that Spain works with that country on two levels, “that of the search for consensus within Venezuela, around the holding of free, transparent and democratic elections.” This is where he says he has put his efforts since he arrived at the Santa Cruz Palace, “talking to all the interlocutors, from everywhere.”

In the background, he indicated that Spain is working, a topic he has talked about these days with, among others, the secretary general António Guterres, in accompanying not only Venezuela, but also “to neighboring countries that are suffering right now with the massive arrival of Venezuelans.”