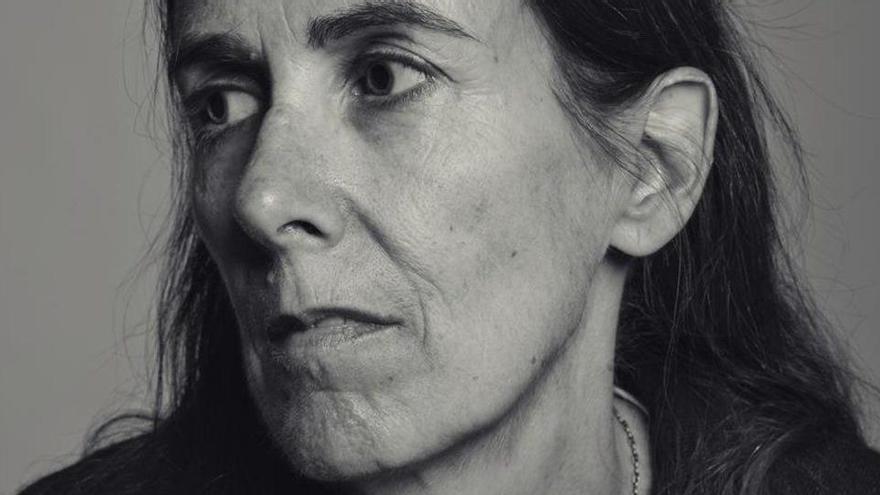 “I had my first child at 38 years old, a colicky baby who didn’t sleep at night. I wasn’t prepared for the rigors of parenting. […] and I went into a crisis. ” This is how Moyra Davey describes her motherhood. 20 years ago, the crisis led her to gather texts from 31 writers of the stature of Margaret Atwood, Ursula K. Le Guin, Doris Lessing, Toni Morrison or Sylvia Plath in a book that generated an open dialogue about the experience of being a mother. Coinciding with the publication of the complete edition of ‘Maternity and Creation’ by Alba publishing house, the artist returns to those emotionally complicated years with a colder gaze.

Every year 95 million babies are born and each birth is a different experience. What maternity wards does the book deal with?

They deal with motherhood from the point of view of artist mothers, especially writers. Many of the essays and memoirs speak of the complex juggling involved in being a mother and dedicating herself to writing or art.

How is the motherhood of an artist different?

Artists generally think about their work all the time. Some of them may have schedules, but I’m always thinking about my work and when you have a child there is a brutal mismatch.

Births are dropping dramatically. I hope your book has nothing to do with it …

Oh God! I do not think so [ríe]. One of my favorite texts is an essay by Mary Gaitskill, who decided not to have children but took poor children into her home. During a meditation she had a vision that all women, even those without children, have that quality of mothers.

Twenty years ago it was shocking to read things like: “Being a mother breaks your life. You cannot abandon your children because you love them, but when you are with them you hate them.” Now there are many books about bad mothers.

I honestly have not read them. But when many of the ‘Motherhood and Creation’ texts were written, in the 60s and 70s, life was more complicated for women, patriarchy was much harsher. Now, in general, things have evolved for the better. Motherhood has been recognized as a job and not as a biological imperative, there is more support and the obligations of having children are beginning to be shared.

However, much of what is published today does not shake you to the core like the texts Sylvia Plath, Susan Griffith or Jane Lazarre.

Because these women really got to the heart of the feelings of motherhood that most people don’t want to see: anger, hatred… It is very difficult to talk about this and they found a way to do it.

Is the “maternal knot”, as Lazarre said, still there?

The ambivalence of which Lazarre spoke is still there for some women, particularly artists, because they are torn between the need to do their work and the desire to care for and love their children. These two things compete with each other and it is very difficult to find the balance. There is still a lot of guilt and regret.

Now there are transsexual men giving birth. How does your book fit into this new reality?

Oh yeah? Well, I think you can be transsexual, have a child and experience the same conflict because the first years consume you, the baby is totally dependent on you and it is a huge responsibility. These feelings of ambivalence can be felt by anyone, they are not determined by gender.

In 1992, a series of questions were posed to a group of artist mothers. I’d like to ask you now. The first was: Has motherhood changed the way people react to their work?

My work has never been directly related to motherhood. The only time I raised the issue, my son was already 18 years old. All I had to put up with was a stupid comment from a female collector. He told me: “I hope that now he does not start having children”, in the sense that he would stop doing work and disappear.

The second: Has motherhood affected your career?

I don’t think so, I worked very hard to keep that from happening.

The third: Did you stop working to care for your child?

[Suspira] I remember telling everyone that I would return to my study in two weeks [de parir] and they all looked at me skeptically, although no one said anything. No one tells you how tough it is, but you can see the doubt on their faces. I tried to go back to the studio in two weeks, but it was difficult. Looking back, I think I shouldn’t have pushed myself so hard to go back.

There was a conflict and a very hard fight with myself. I had the need to be an artist since I was 10 years old, art has structured my life, it has been what has always kept me sane and with my feet on the ground. Having to change all that at the age of 38 was very hard. Motherhood is hard work and is often repetitive, boring, and exhausting.

How long did it take to get back to the studio?

I tried to do it right away, while my husband stayed with the child, and then we hired a babysitter. We lived in a ‘loft’ in New Jersey and my studio was separated from the house by a glass door. As soon as I walked through the door, my son would come after me and pound on the door. He loved his mother!

The last question from the 1992 artists forum: Has motherhood helped you creatively?

It gave me something emotionally that fueled my work. In all its complexity, motherhood makes you a different person, I think stronger.

What is the experience of having a teenage son like for an artist mother? There is not much written about this.

There are people who create a bond with their children from minute zero and maintain it during adolescence, but in my case it was not like that. My son and I were very different and the bond was not easy. But when he was getting ready to go to college, sadness came over me because I thought I wouldn’t see him for years. This was very difficult for me to accept and it led me to make the video ‘Hamlock Forest’, which is now exhibited at the Artium Museum in Vitoria.

How do you think the new feminist wave has affected motherhood?

The more women talk about their lives and experiences, the more awareness of what it means to be a mother will grow and things will improve.

Marguerite Duras stated that motherhood implies a dissolution of the ego.

It can be, yes. But for that the mother has to give herself completely, or maybe that happens without our being able to control it, I don’t know. I believe that this dissolution of the ego exists, although some women struggle against it, and I think it is good that it exists.