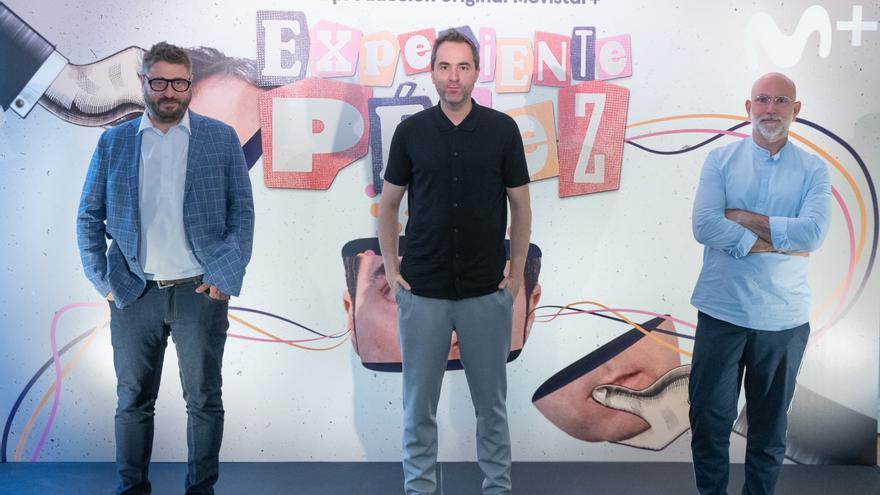 Madrid, Jun 8 (EFE) .- The Movistar + platform has announced this Tuesday the end of the season of its own programs with a new comedy program, “Expediente Pérez”, a series of three specials in which the comedian Raúl Pérez reviews themes of current affairs parodying various characters.

“It is a program with more rhythm, with many new characters and with the” deepfakes “that we incorporate, which is one of the main novelties. It addresses topics that are very topical and that people can reach more. It is going to provide a little more of the laughter balm that is so necessary for us now ”, the imitator pointed out to Efe in an interview.

There will be three comedy shows in which the comedian gets under the skin and voice of three great informants to dissect the universe of youtubers, the evolution of vaccines in a fictional 2027 and the behavior of tourists after the end of the state alarm.

Thus, in each special of 25 minutes, Pérez will become a presenter -Pedro Piqueras, Iñaki Gabilondo and Antonio García Ferreras- and through a common thread he will give way to different humor sketches starring the different personalities that he imitates or some collaborators.

Some of the characters in which Pérez will be transmuted will be the youtubers Ibai Llanos and El Rubius, the singer Miguel Bosé, the soccer player Sergio Ramos or the chef David Muñoz.

“The program is very agile and very quick to watch. Today we have to consume humor, we need this escape route. We cannot make people fall any lower, we have to overcome all this. We are a little tired of having a bad time , we are going to have a little respite “, added the comedian.

Pérez is a contributor to programs such as “Late Motiv” and “El día later”, where he has popularized his imitations of characters such as Miguel Bosé, former minister Salvador Illa, Fernando Simón or coach Cholo Simeone.

One of the main novelties of “Perez File” is the use of “deepfake” technology that, based on artificial intelligence, allows one person’s face to be superimposed on that of another and to falsify their gestures to make believe that they are doing or saying something that has not actually happened. Through this technology, and always in parody mode, characters such as the pilot Fernando Alonso or the singer C. Tangana will be imitated.