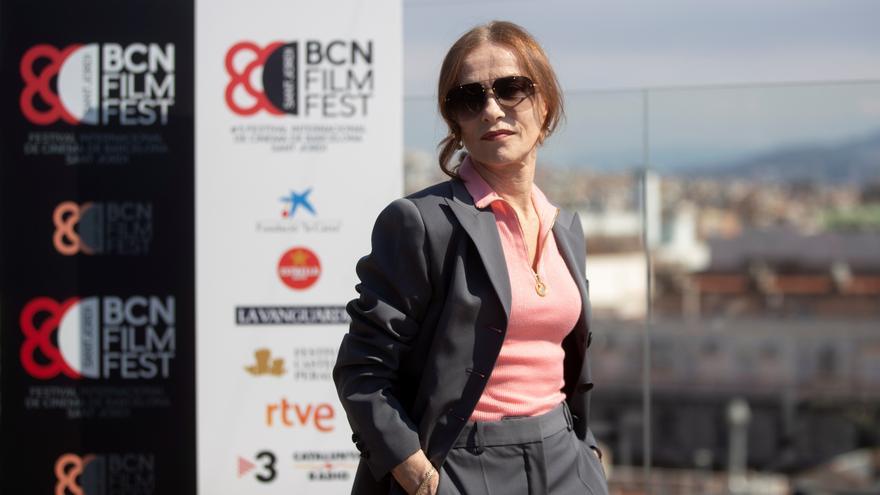 Barcelona, ​​Apr 17 (EFE) .- The French actress Isabelle Huppert, who presented her film “Mama María” this Saturday in Barcelona at the BCN Film Fest, believes that “cinema, but also books, have been the perfect escape during the pandemic. ”

In an interview with EFE, Huppert said that during the pandemic “we have all experienced a way of living in the bravest possible way, but there have been those who have had less luck than others, therefore, it is difficult to extract something positive from this situation “.

Being in Barcelona – the American actor Johnny Depp was present on the red carpet of the BCN Film Fest yesterday – is, Huppert believes, a way of normalizing life through cinema: “I am happy to be here and to have responded to the invitation of the festival “.

He acknowledges that in recent months the cinema has been an escape valve for people, but “finally, the evasion that cinema allows can also be found by reading a book.”

Regarding his profession, Huppert assures that “cinema has not been the worst stop in culture, a lot has been filmed in France, and perhaps those that have been most affected have been live shows, such as theater or music “.

In “Mama Maria” Huppert plays the character of Patience Portefeux, a Franco-Arab court interpreter specialized in wiretapping for the Paris narcotics department.

During an investigation, he discovers that one of the traffickers is the son of the dedicated nurse who takes care of his mother in a nursing home, and he decides to cover up for him, but that decision will make him end up heading a huge drug trafficking network, baptized by his fellow policemen with the nickname ‘Mama Maria’.

The director Jean-Paul Salomé, also present in Barcelona, ​​decided to adapt the novel “The godmother”, by Hannelore Cayre, “for the tone and the mixture of comedy and detective novel” and also saw that it was an interesting role for Huppert: ” His rather fragile appearance contrasts with all those muscular men, the camels that move in Porsche Cayenne and the policemen. ”

Huppert, who previously read the novel after seeing the author on a France Culture show, was drawn to it that she is “a very well-rounded character, very varied, quite unexpected that makes us go from surprise to surprise.”

He thinks that Patience is a character “quite deep, a bit complex, whose familiar determinism stands out” and “at the end of the film she gets the desired freedom, she becomes a woman who does not want ties”.

She admits that ‘Mama María’ could be considered “a Mama Courage”, because “to her human quality is added the apparent contradiction of being honest and brave, because she is a drug dealer, she is not a saint, but she always has great generosity. “.

It is, adds the French actress, a symbol of “feminine solidarity” that Patience demonstrates “in her relationship with her mother, with her daughters, with the caregiver nurse or with the Chinese neighbor, and they all create a feminine universe” that contrasts with the male characters, much simpler and more clumsy, “except for the commander, who also has her generosity, tries to protect her and finally lets her go, because he is less of a policeman than he thinks”.

Happy to be back in comedy, Huppert this time had to overcome the difficult challenge of speaking Arabic, and to complicate things even more, remember, she also had to speak a little Chinese in Flora Lau’s “Light.”

With films in his career such as “The pianist”, “Love”, “Elle”, “The widow” or “Isle of dogs” and after having worked with directors such as Neil Jordan, Michael Haneke, Paul Verhoeven, Claude Chabrol, François Ozon, Benoît Jacquot, Marco Ferreri, Bertrand Tavernier or Andrzej Wajda, Huppert has never been tempted by directing. “It’s a very tiring job and I tire a lot less as an actress, and I think I can say everything I want to convey through acting.”

Huppert, who has not stopped working even in a pandemic, has four films pending release, “Les promesses”, by Thomas Kruithof; “L’ombra di Caravaggio”, by Michele Placido; “Joan Verra”, by Laurent Larivière; and “Mrs Harris goes to Paris”, by Anthony Fabian. “Mama María” will premiere in Spain on April 23.