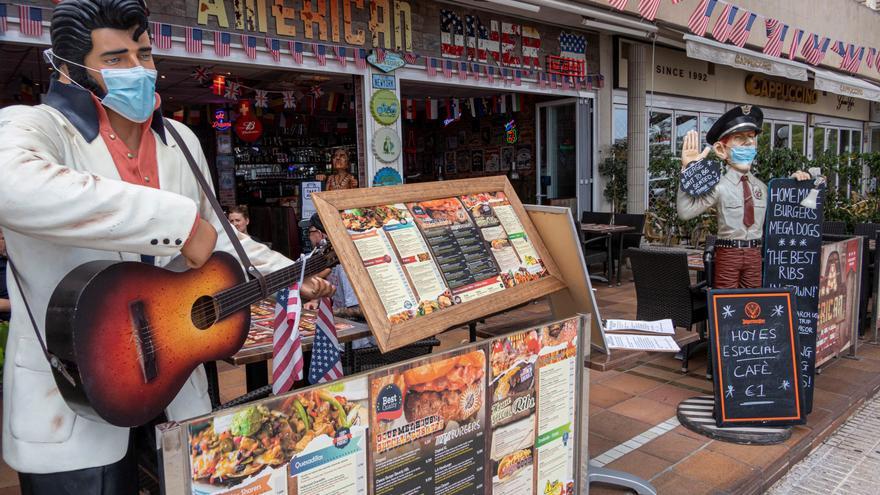 At the beginning of February, when it was still not known that the coronavirus had landed in Europe, the Minister of Economic Model, Tourism and Labor of the Balearic Islands, Iago Negueruela, reported that the islands closed 2019 with 16.45 million visitors and a historical record in tourism spending, billing and profitability.

With this, the archipelago dodged the resurgence of competing destinations such as Greece, Turkey and North Africa. Few imagined then that the virus that was already causing havoc in Wuhan (China) would already lead to a 65.7% year-on-year drop in tourist arrivals in March, as a result of the restrictions decreed to cushion the expansion of the coronavirus.

With all eyes on the high season, which in recent years began to emerge in the Balearic Islands in May, the worst omens began to take shape. The disaster caused by COVID-19 had only just begun: the state of alarm and the closure of borders gave way to three months of total unemployment of the Balearic tourism industry. With the de-escalation, the exemplary evolution of the pandemic on the islands opened the doors of optimism and the archipelago was erected in June in the pilot zone to reopen Spain to tourism.

So the proclamation was clear: the Balearic Islands were a safe destination.

Now, discouragement and concern hang over a sector that has not fully taken off. Germany (the first source market for tourists to the Balearic Islands), the United Kingdom (the second), the Nordic countries (the fourth), Italy (the sixth) and the Netherlands (the seventh) have dealt a heavy blow to the islands by establishing quarantines and restrictions traveling to the archipelago or qualifying Spain as a high risk country.

With Boris Johnson it all started. With his country, from which last year more than 3.7 million visitors left for the Balearic Islands, ravaged by the pandemic, the prime minister of the United Kingdom recommended not to travel to Spain, including the archipelago. Without having yet recovered from the setback of the Foreign Office and immersed in a changing scenario daily, the islands saw how their main source of tourists, Germany (with 4.5 million tourists during the past year), jumped on the same bandwagon and declared that any person who entered the German country after passing through COVID-19 risk areas had to remain isolated for 14 days.

In recent days, the Netherlands, which in 2019 contributed 664,493 tourists to the Balearic Islands, even went so far as to “strongly” advise its citizens to quarantine for two weeks immediately after returning from countries or areas with a red or orange warning, as well as It is rated Balearic Islands.

Faced with a bleak panorama to which are added the upcoming closings of the hotel plant and the high rates of contagion, it could be said that the Balearic tourism sector has faced different emotional phases in recent months as if it were a duel. The initial disbelief at the rapid expansion of the pandemic was followed by certain doses of anger towards the management that was being carried out of the health emergency. Negotiations to find a way out of the crisis, with the consequent boost of the pilot plan for the reopening of tourism, gave way, shortly after, to the failure derived from the reestablishment of travel restrictions. The current resignation is palpable in the tourist sector of the islands: little can be done to save this year with a hotel closure already in the making.

One of the measures adopted by the Balearic Executive so that hoteliers could, for now, weather the crisis has been to exempt them from the payment in September of the advance (50%) of the Sustainable Tourism Tax, better known as ‘ecotax’. According to sources from the Ministry of Finance -in charge of the liquidations of the same-, at the moment it is unknown, however, what will be the losses that this tax will suffer as a result of the onslaught of the pandemic.

Until last July, the Government had collected 34.25 million euros from the tourist tax. A figure that, however, does not allow to reflect the consequences of the current crisis: the amount paid corresponds to the tourist activity of last year. At this point, in the same period of 2019 the Government had liquidated a practically similar amount: 34.48 million. The initial projections for tax collection throughout 2020 were 128.3 million euros.

From the Conselleria they underline the importance of exempting hotels from the September payment: “They cannot be forced to pay 50% of something that is seen to be absolutely unreal and has nothing to do with previous years. They cannot be charged an income that they have not really received ”.

Meanwhile, various agents in the economic field are more optimistic about what is to come: they advocate making a virtue of necessity and taking advantage of this impasse to reflect on the future of tourism in the Balearic Islands. Thus, from the Cercle d’Economia de Mallorca they consider that the islands are facing “a time of opportunities” that should be used to enhance values ​​such as the ability to manage risks or protect the environment. Some elements that, in the opinion of the entity, will constitute an attraction to attract tourism “informed and aware, quality tourism.”

Also the president of the Economic and Social Council of the Balearic Islands and former minister of the Balearic Government, Carles Manera, appealed to Economists Facing the Crisis a few months ago to generate debates that do not get carried away “by lofty, utopian ideas”, while advocating to apply stamps health and ecological, maintain tourist rates and address economic diversification as a growth guideline for the tourism sector.

Be that as it may, uncertainty continues to orbit the archipelago’s greatest economic driver. The fact that the Minister of Tourism does not end the season almost at the same time that hoteliers announce massive closures of their facilities only highlights the confusion that plagues the sector. Among the companies they consider that, even if a vaccine comes to solve this crisis, perhaps by then the habits of tourists have changed. How long it will take to regain the rhythm once everything is over is another of the great unknowns that arise.

On this, the World Tourism Organization (WHO) sends a reassuring message: tourism has been “very resilient” in previous crises and has shown a rapid recovery. Among other examples, it highlights how five months after the SARS crisis there were signs of growth, signs that were seen six months later in the case of the 9/11 attacks or ten months after the 2009 economic crisis. In July, the same organization pointed to the trend towards a slow but continuous adaptation and a “responsible” reestablishment of international tourism. Something that does not seem to glimpse, for the moment, the main economic engine of the Balearics.