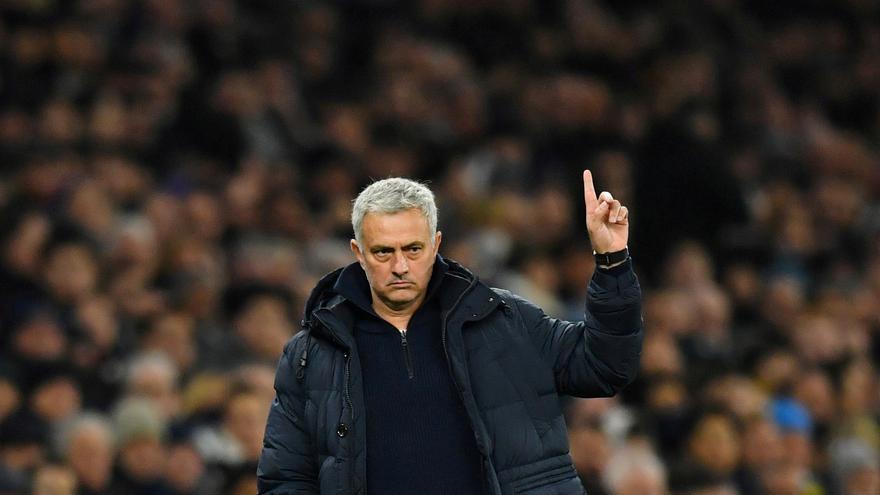 Roma announced on Tuesday the signing of Portuguese José Mourinho as a new coach of the first team from the 2021-2022 season, with a contract until 2024.

“AS Roma is happy to announce that José Mourinho will be the new technical manager of the first team from the 2021-2022 academic year,” says the official Roma note. “An agreement was reached with the coach that links him to Roma until June 30, 2024“, he adds.

L ‘#ASRome The list of announcements by José Mourinho will be the new Technical Responsible for the Prima Squadra from the 2021-22 station! pic.twitter.com/Brko17N56B

Mourinho, 58, will take over at Roma after being sacked in March as Tottenham Hotspur manager. “I thank the Friedkin family (owner of Roma) for choosing me for this great club and allowing me to be part of their vision. After speaking with the property and (sporting director) Tiago Pinto, I immediately understood how high the ambition of this club is“Mourinho said in remarks provided by Roma.” The incredible passion of the Roma fans has convinced me to accept this role and I am looking forward to starting next season. ”

Two-time Champions League champion, with Porto and Inter Milan, three-time Premier League champion with Chelsea, Mourinho returns to Italy, where he won the treble in 2010, in command of Inter.