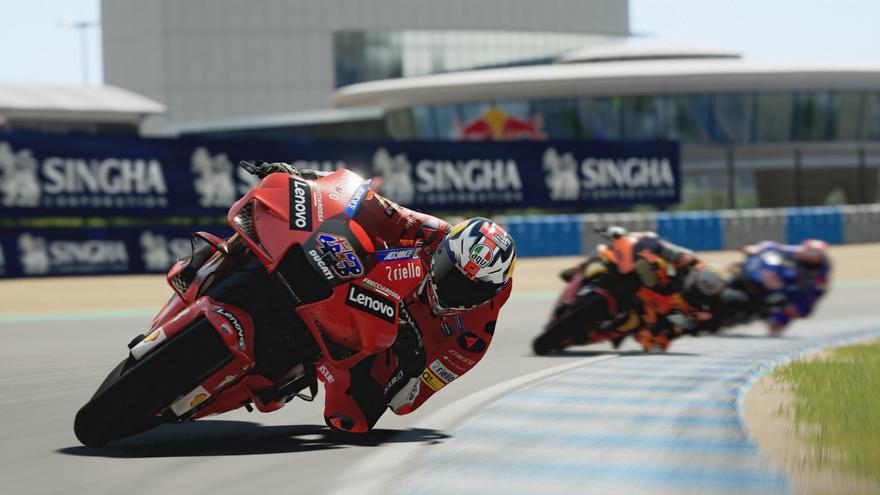 Madrid, Apr 23 (EFE) .- The official video game of the motorcycle world championship, "MotoGP 2021", is already on the market as the "most real" simulator to date, thanks to the new generation consoles. In it, lovers of two wheels will be able to get into the shoes of an official driver on and off the circuit.

In addition to aiming to be the fastest on the asphalt, to be world champion the player must also create the best possible team, establish strategies, fine-tune the bike, manage its performance during the race, and avoid falls and penalties.

The title, developed by the Italian studio Milestone, is now available for PS5, PS4, Xbox One, Xbox Series, Nintendo Switch and PC, and offers new features and gameplay options unreleased in previous editions of this iconic game.

One of the highlights is that players who opt for the two next-generation consoles (PS5 and Xbox Series) will be able to live a much more realistic experience thanks to the 4K resolution, at a refresh rate of 60 images per second, and the maximum optimization of the DualSense control to feel even the smallest detail when driving.

The game also has the license of all the riders, motorcycles and teams of both MotoGP and the Moto2 and Moto3 categories, and of all the official circuits of the motorcycle world championship.

To become world champion, it will not be enough to just have the best motorcycle or to be the best rider; To do this, you will have to manage all the work behind the races, know how to fine-tune the bike according to the circuit and control all its parameters in the race such as tire wear, brake temperature, fuel or suspension .

To begin, it will be essential to create the team, choosing between the officials or start the journey with a new one, and then choose a director, a chief engineer and a data analyst who will help the player make crucial decisions, such as the best contract to get. and the development of the motorcycle.

Motorcycle lovers will appreciate the work of preparing the machine for each race with the incorporation of a new suspension system, which will give more realism to its set-up, as well as the temperature of the brakes, which in this edition charges more relevance.

Also being an active part of R&D with decision-making on aerodynamics, the chassis and the most important electronic features; the traction control, the braking, the anti-wheelie (anti wheelie) and the power map.

During the race, one of the most important novelties in terms of playability is the elimination of the recovery of the motorcycle, that is, there will no longer be automatic "respawns" (reappearances) in the event of a crash and it will be the rider himself who must get up and get back on the bike to get back on track.

Nor will it be allowed to break the rules, and this "MotoGP 2021" has really emphasized this, with more specific penalties such as the one applied in the real championship by long lap (Long Lap Penalty).

All these options are included in this video game that is already on the market, although in the next improvements through the updates and patches that will be published.