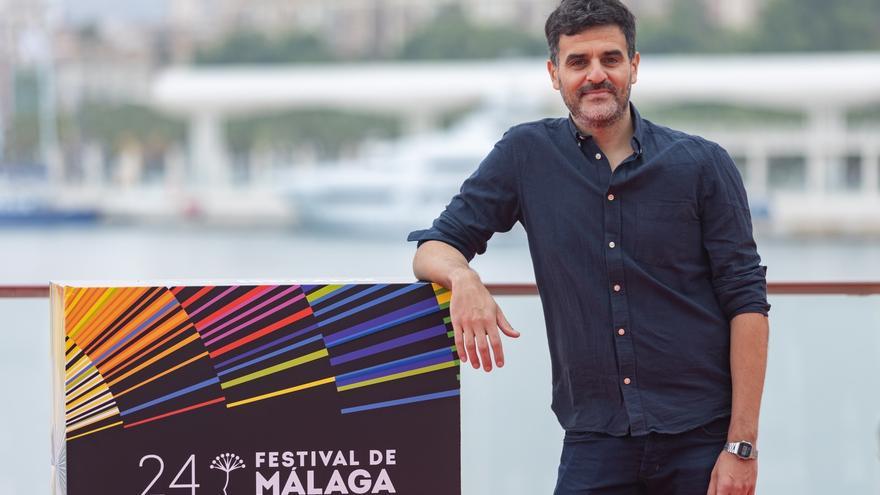 Malaga, Jun 4 (EFE) .- Two young talents, an Argentine and a Catalan, have presented today at the Malaga Festival two of the most promising films that compete for the Biznagas: "Ama", by Julia de Paz, and " Karnawal ", by Juan Pablo Félix, both linked by the family, the abandonment and the mark that fathers and mothers leave on their children.

Julia de Paz, 25-year-old Catalan, has come to Malaga to defend "Ama", her first feature film, a tough, direct, emotional and sincere film that fights with the concept of motherhood and the need or not of women to having to sacrifice everything for the children.

In an interview with Efe, De Paz said that before filming "Ama" there was a short film that he presented as a final degree project at ESCAC -the Catalan film school that the Malaga Festival follows with devotion-. At that time, Julia "was not very well" and in those difficult days, her mother did not leave her alone for a moment.

"We created a super strong bond. But she always told me: 'what have I done wrong to make you like this', and I replied that she had not done anything wrong. The thing is that she has never taken off that weight" .

Thus, she confesses with some emotion, "'Ama' is my way of saying: 'Mom, you are perfect, you do the best you know and that's it'; there is no motherhood, there are a thousand motherhoods".

The film follows a very young woman from a night out in which, after dancing and consuming all kinds of substances in a nightclub, she returns home late in the day to be greeted by a little girl ( Leire Martín) who says good morning without flinching.

In the middle, a sprinkling of old, sad, almost violent images that leave a serious face on Pepa (impressive work by Tamara Casellas). Her friend and roommate can no longer bear the abandonment of that daughter and sends the two of them to the street, to find a life for themselves.

Cabra's father (Martín López Lacci), a convict (Alfredo Castro), who has not seen his family for seven years, understands a lot about looking for life and that just on the weekend that the boy is going to compete in the final of a festival de malambo -a pre-Columbian gaucho dance that simulates the trot of horses-, appears to take him and his mother on a trip.

It is the start of "Karnawal".

"This man is incredibly tough and macho, and yet we fought a lot because he was also a loving being. The end moved me to tears," said Chilean Alfredo Castro, who saw the film for the first time at a press conference at the Cervantes Theater in Malaga, held after a screening of the film that the audience applauded with enthusiasm.

The Buenos Aires-born Juan Pablo Félix also makes his debut with this film that takes place on the border between Bolivia and Argentina where the camera searches for the images almost as if it were a documentary, following the kid who tricks to get some boots with which to dance and the passage of the bus crossing the border.

"I, like Cabra," says López Lacci, displaced to Malaga from the north of Argentina, where the director found him, "would also do anything for dancing."

López Lacci is a professional dancer, a national champion of malambo, but he is not an actor; "Where I live - says the young man with a big smile on his face - there was never money and shame. We danced and now, there are no posh people, we are partners and whatever it is, after so much sacrifice, we give the show well.

A boy turned inside, who hardly talks to anyone, probably, says Felix, because he has little to say. The director reveals that the same dance discipline was what saved him when he was a teenager "just as lost as Goat."

Likewise, it is recreated in a wonderful and colorful desert landscape where the locals dance in disguise and celebrate the carnival; in the middle, the story of that father who has abandoned his son, of a mother's boyfriend who has plenty of boy but loves him, and a woman who crosses that line of life in which she is young and not.

In "Karnawal" (the voice in 'Quechuañol' for carnival), Félix has insisted on "not being a moralist or judging", but he acknowledges that it is very autobiographical.

Castro also highlighted the moving female gaze of the film: "They are the ones who work, traffic, sell, men don't even exist."

The Chilean recounted the extremely hard shooting, "going down 4,000 meters high, yes, shooting in wonderful places, but how hard, for the team it was tremendous, with very unfavorable weather conditions, and difficult to eat and sleep", he remembers with a laugh.