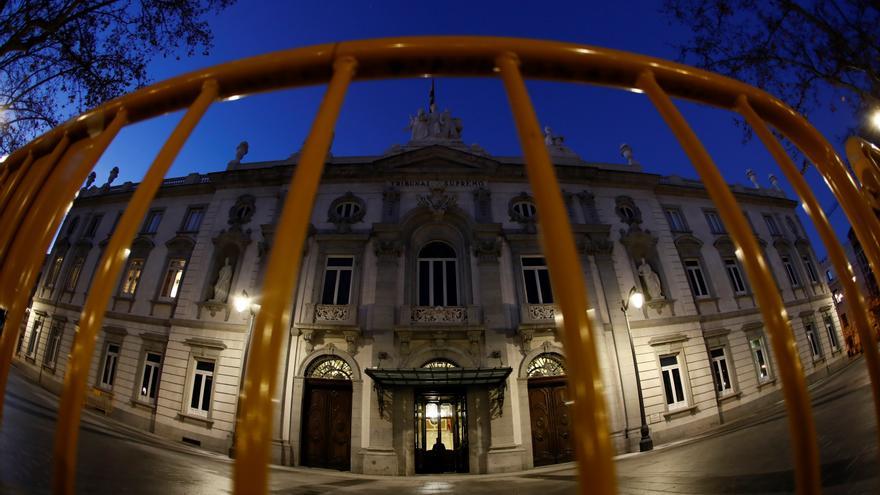 The Supreme Court has issued a ruling in which it reiterates that the wombs for hire are prohibited in our country and in which it charges harshly against the agencies and contracts that profit from this type of business: "Gestational surrogacy contracts violate the fundamental rights of both the pregnant woman and the gestated child, and are therefore manifestly contrary to our public order”, recalls the Supreme Court as it has already said in other previous sentences. “A person's desire to have a child, no matter how noble, cannot be realized at the expense of other people's rights. A surrogate pregnancy contract entails exploitation of women and damage to the best interests of the minor”, ​​settle the magistrates.

The debate begins with the name: wombs for rent, surrogacy or substitution?

The civil court has studied the case of a child born in a surrogate mother in Mexico, through the company 'Mexico Surrogacy' in 2015. A contract that, among other things, obliged the child's biological mother not to have any type of relationship with the child, to waive all her rights as a mother and to accept that “she is not the legal, natural, juridical or biological mother of the child”, among other things. The sentences of the case explain that the woman traveled to Mexico and signed the contract and that the family - the lawsuit was filed by the woman's father - subsequently undertook a legal battle so that the child was recognized in the Civil Registry as the mother of her. The genetic material came from an unknown donor.

The Court of Madrid agreed with them in the first instance. The woman, the judges said, "has a stable and well-paid job, meets the educational and medical care needs of the minor, who is enrolled in an educational center in the corresponding cycle of early childhood education, and considers the plaintiff as a mother and the plaintiff and wife as grandparents, who in turn consider the child as their son and grandson, respectively”. The child, therefore, could be registered as the woman's son in the Civil Registry.

The Supreme Court rejects this possibility at the request of the Prosecutor's Office in a sentence that charges harshly against this type of agency and womb rental contracts, although it grants this family a way out: "The satisfaction of the best interests of the minor in this case leads to the acknowledgment of the relationship of filiation to the intending mother must be obtained by way of adoption.” It understands, therefore, that the solution is for the woman to adopt the child born in Mexico in 2015 through a surrogate mother through an agency.

From there begin the criticisms that were already made in previous years in similar cases. "The surrogacy contract seriously violates the fundamental rights recognized in our Constitution," they say about both children and women. "Both the surrogate mother and the child to be gestated are treated as mere objects, not as persons endowed with the dignity of their condition as human beings and the fundamental rights inherent to that dignity," criticizes the Supreme Court. Even, according to the signed contract, "the decision on whether or not the surrogate mother should remain alive in the event that she suffers from a life-threatening illness or injury is attributed to the principal."

In most cases, moreover, the women who submit to this type of contract to have a baby that will be for another couple come from disadvantaged backgrounds, recalls the Supreme Court. “A great effort of imagination is not necessary to get a full idea of ​​the economic and social situation of vulnerability in which a woman finds herself who agrees to submit to this inhuman and degrading treatment that violates her most basic rights to privacy, to physical and moral integrity, to be treated as a free and autonomous person endowed with the dignity of every human being”, say the judges. And behind it all, he adds, there are agencies that profit from this business that, the Supreme Court denounces, "act without any hindrance in our country, they advertise their activity."

They even target celebrities and personalities who advertise the birth of children through this system. “News are frequently published about famous people announcing the bringing to Spain of a “child” as a result of gestation by substitution, without the competent administrations for the protection of minors adopting any initiative to make this protection effective, even to verify the suitability of the principals”, criticize the judges. The consequence, they denounce, is impunity: "The child born abroad as a result of gestation by substitution, despite the legal and conventional regulations referred to, enters Spain without problems and ends up integrated into a certain family nucleus for a long time."

The rights of the child born by the birth system surrogate womb they are also violated, according to the Supreme Court. "The future child, who is deprived of the right to know his origins, is 'reified' because he is conceived as the object of the contract, which the surrogate mother is obliged to deliver to the principal," say the judges. But, nevertheless, they add that "reality is more complex" and that is why they open the door to adoption. In any case, the Supreme adds at the end of its sentence, women and children are treated in surrogacy processes as "simple merchandise and without even verifying the suitability of the principals to be recognized as holders of parental authority of the minor born of this type of pregnancies.