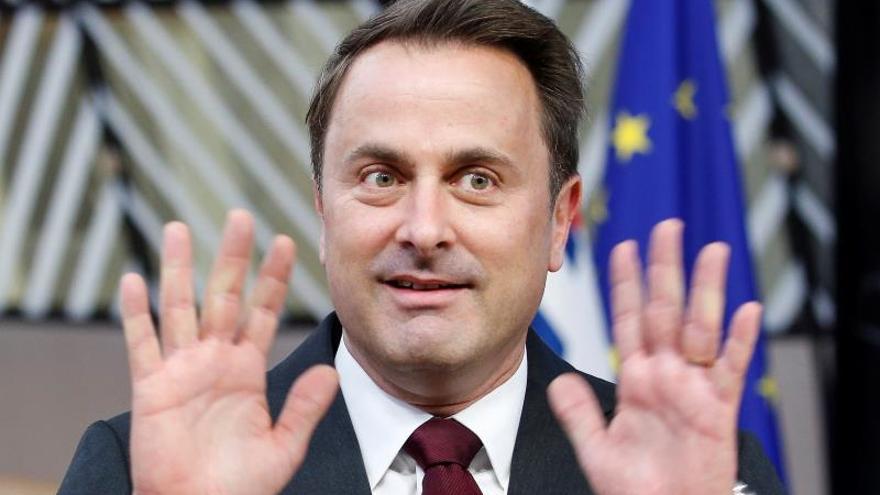 Luxembourg remains a tax haven. More than six years after the LuxLeaks tax evasion scandal, a group of media, including Süddeutsche Zeitung, Le Monde, and Organized Crime and Corruption Reporting Project, publishes a new investigation this Monday that denounces that the country continues to be a tax haven with deficiencies in anti-money laundering policies.

By pooling data from trade registers, OpenLux research concludes that a large majority of Luxembourg companies are purely financial holdings or so-called shell companies, which can be used to avoid taxes.

The Luxembourg government says it “refutes the various allegations” and that “Luxembourg is fully online and complies with all EU and international regulations and transparency standards.” Luxembourg has registered the Internet domain www.openlux.lu, which leads to a press release explaining the government’s position.

The journalistic investigation has been possible thanks to the fact that, for the first time, the transparency register of beneficial ownership of companies and investment funds based in Luxembourg has been made accessible and searchable. Thus, the investigation reveals how companies first transfer their profits to Luxembourg through intra-corporate loans and then transfer them to other tax havens. Luxembourg is, after the United States, the second international financial center in the world with a flow of internal Foreign Direct Investment of 5.766% of its GDP and an external one of 6.749%.

According to what has been published, Luxembourg serves as a tax haven for some 55,000 shell companies created by multinationals and millionaires, but also by gangster groups. Among the names cited by the media, according to Efe, there are athletes such as Tiger Woods, artists such as singer Shakira, Angelina Jolie and Brad Pitt, the Hermès family, the crown prince of Saudi Arabia and three-quarters of the companies of the CAC- 40, the reference index of the Paris Stock Exchange, collects Efe. The Italian far-right party, Lega, would also have an account there sought by the authorities of its country.

“These investigations confirm that the Grand Duchy is, contrary to what the Luxembourg authorities claim, a true ‘offshore’ center, halfway between the City of London and the British Virgin Islands. About 90% of these ‘companies’ they are controlled by non-Luxembourgers, “says the Le Monde article cited by Efe.

According to Le Monde, France is at the top of the list with more than 17,000 companies in Luxembourg, owning for example a French castle in the hands of the Saudi prince, the town of Jolie and Pitt in southeastern France or an infinite number of houses in the Côte d’Azur and Parisian apartments, as well as great emblems of the French economy such as Décathlon, JCDecaux or Yves Rocher.

Of the 50 richest families in France, 37 “structure their companies, assets and investments through dozens of Luxembourg holdings”, including the Hermès or Bernard Arnault, president of LVMH.

Ernest Urtasun, MEP for Catalunya en Comú, and vice-president of the Green / ALE group in the European Parliament has stated: “It is outrageous and unacceptable. The commitments made after the LuxLeaks scandal have proven to be dead paper. Luxembourg continues to be a tax haven that shelters the tax traps of large multinationals, millionaires, athletes and even criminals. Today it acts mainly as a hinge between European countries and tax havens around the world. Luxembourg tramples on the most basic principles of European integration when it allows these practices that allow practices of large companies and millionaires that avoid paying their fair share in their respective countries, with a serious impact on public coffers at a time as sensitive as this COVID-19 pandemic where the need for public leadership has been demonstrated. ”

“More than 250 billionaires run companies in Luxembourg”, points out another vice president of the Greens, the German Sven Giegold: “15,000 investment funds are registered there. The data published by OpenLux reveals how companies first transfer their profits to Luxembourg through intra-corporate loans and then to other tax havens. Suspicious investors also manage their money unopposed through Luxembourg. EU countries are thus deprived of tax revenue. The Greens in the European Parliament have recently published a study on the use of the Luxembourg tax haven for real estate tax tricks “.

Journalistic research shows that Luxembourg is home to 55,000 offshore companies with no economic activity. “Multinational companies, billionaires, politicians and celebrities have created these companies to facilitate tax avoidance, evasion or money laundering,” says Oxfam. Chiara Putaturo, the entity’s fiscal and inequality policy advisor, states: “OpenLux offers yet another example of how billionaires and large corporations are playing with the system to avoid their taxes. The creation of shell companies to enjoy a tax system Low has a real cost for ordinary Europeans. We are facing a deep economic and social crisis: lax tax rules and poor transparency in some European countries allow large companies and billionaires to avoid paying their fair share of taxes and divert thousands euros needed for recovery “.

“The real scandal is that this is happening in Europe. Luxembourg functions as a tax haven, but it is not on the EU tax blacklist, as it excludes European member states. The EU needs to have its own house to credibly signal other countries in the world. This avoidance and avoidance of tax bills and the looting of public resources is outrageous. European governments have the opportunity to end this by broadening the definition of harmful tax practices and reforming the EU black list, “says Putaturo.

According to TaxJustice, “OpenLux makes two things clear. First, for transparency to be useful, it must be publicly available so that society can hold lawbreakers and the government accountable. Second, financial secrecy remains being a central pillar of the Luxembourg economy and making tax abuse viable, drug cartels profitable and human trafficking profitable. Luxembourg must end its financial secrecy and can start by closing loopholes in the registry of beneficial owners, financial disclosure and disclosure of tax resolutions, closing companies of investors that do not comply with the transparency requirements “.

The EU blacklist of tax havens is confusing and “ineffective”. This is how forceful the European Parliament has expressed itself, which calls for changes and wants to turn it into a binding legal instrument. In this sense, MEPs consider that the list, created in 2017, does not take advantage of its full potential, given that the countries and territories that appear on it represent less than 2% of global tax revenue losses. This is stated in an approved resolution with 587 votes in favor, 50 against (part of the PPE) and 46 abstentions (part of the PPE, like Isabel Benjumea, and the Liberals).

The text proposes changes to make the procedure of adding or removing names from the list more “transparent, consistent and impartial”. The Eurocamara believes that additional criteria must be set, to swell the list and avoid the departure of some countries too easily. The EU Member States themselves should be controlled based on the same criteria and be considered tax havens if their tax policy so indicates, MEPs say.

0% corporate tax, automatic inclusion. The criteria for judging whether a tax system is fair should be broadened, according to MEPs. They give as an example the case of the Cayman Islands, a country removed from the list despite applying a tax rate of 0%. The resolution emphasizes that the application of a zero rate in corporate tax or the total absence of a tax on corporate profits should lead to automatic inclusion in the list.

Demands to get off the list. Cosmetic changes in the tax system should not be enough to remove a country from the black list, adds the European Parliament, which cites the case of Cayman Islands and Bermuda, eliminated after adopting modifications of “little draft and with mere commitments on their application “.

Justice and transparency. All countries must be subjected to the same level of scrutiny, applying the same criteria, say MEPs, who criticize the lack of transparency when drawing up and updating the list. They also ask to formalize the procedure, through a legally binding instrument before the end of 2021, and question that an informal body such as the group Code of conduct is the most suitable for updating the list.

The chairman of the tax subcommittee, Paul Tang (S&D, the Netherlands), has stressed that “the list can be a good instrument, but the Member States seem to have forgotten about the true tax havens. The list is not only not improving, Rather, it gets worse. Guernsey, the Bahamas and the Cayman Islands are just a few of the tax havens removed from the list. By failing to address the problem of tax evasion, Member States are depriving their citizens of more than € 140 billion. This is unacceptable”.

The MEP for Catalonia in Common, Ernest Urtasun (Greens / EFA), stated in plenary session: “To be credible in the fight against tax evasion, the EU must also address tax havens within the EU. The Netherlands or Malta, for example, does not meet the criteria currently imposed on non-EU countries. ”