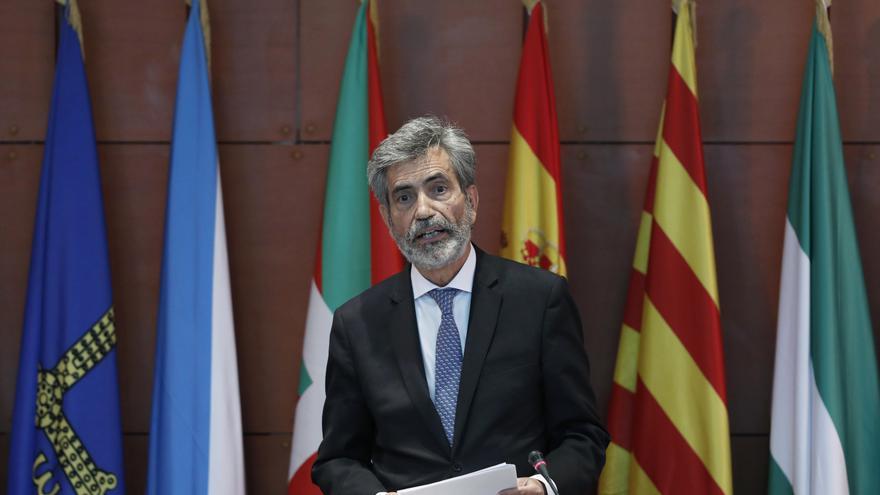 The judges suspend their governing body in relation to the merit evaluations to make discretionary appointments in the judicial leadership and the image of independence and impartiality of the Spanish justice that it transmits. This is revealed by a survey commissioned by the General Council of the Judiciary (CGPJ) to Metroscopia, which interviewed a thousand judges and magistrates between September 8 and 22. Most of the judges – 54% versus 43% – consider that the CGPJ led by Carlos Lesmes and who has been in office for almost two years has not transmitted an image of the independence of the Justice. In addition, 48% consider that they have made appointments impartially, while 42% do approve their policy of appointing senior positions in the judiciary.

The fieldwork was done a few days before the last appointment of six judges for the Supreme Court that the CGPJ agreed on September 30 despite having its mandate expired. Late on September 22, it was also known that Felipe VI would not attend the delivery of dispatches to the new judges that was held at Barcelona three days later. The survey was released in the middle of the political storm due to the reform with which the PSOE and United We can try to lower the majority required to renew the governing body of judges, which has been in office for two years before the blockade of the PP. This reform will be debated in an extraordinary plenary session that the CGPJ will hold next week after having requested it seven conservative vowels.

As explained by the institution in a statement, the survey shows a clear interest in eradicating any appearance of political contamination in the judicial action, which is manifested in a majority support (90%) that the twelve members of the so-called judicial shift – formed judges and magistrates – are appointed by direct election by the members of the Judicial Career. Currently, these twelve members are elected by a three-fifths majority of members of Congress and the Senate, which the PSOE and United We can proposal aims to reduce to an absolute majority.

Judges are critical of politicians, whom they accuse of prosecuting the most complex issues rather than striving to reach pacts and agreements. 88% believe that they often evade their responsibility and choose to go to court. In any case, 90% of those surveyed affirm that they have never received any indication or suggestion about how to solve a specific case from the Government, the autonomous communities or the CGPJ.

The percentage is 88% when this same question refers to pressure from political parties, other judges or economic or social pressure groups and 72% when they are questioned by media pressure. In fact, up to 9% respond that they “frequently” feel pressured by the media, of which a large majority —84% – think that they do not adequately reflect judicial work.