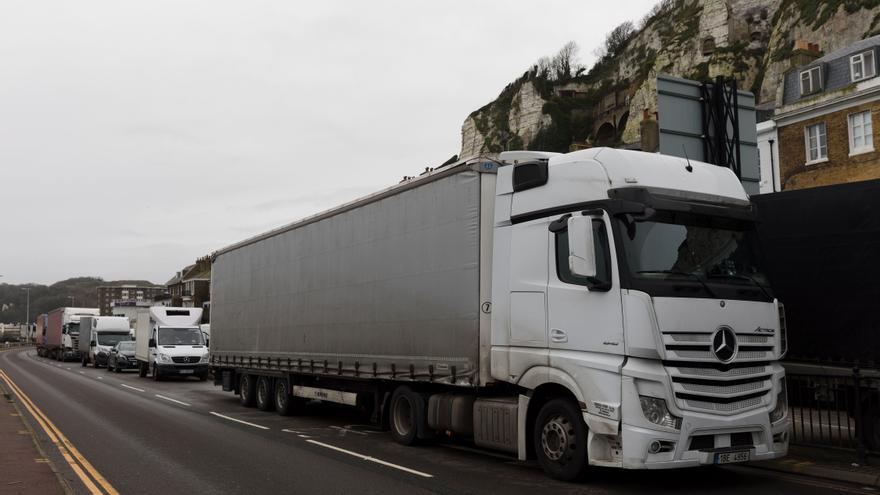 Brussels, Dec 22 (EFE) .- The majority of the countries of the European Union (EU) supported the reopening of the borders with the United Kingdom on Tuesday, following the recommendation made by the European Commission today, after a score of States suspend their connections with the British Isles before the new variant of the virus.

"There was broad support" among the countries "to maintain or restore the flows of goods to and from the United Kingdom and to keep the borders open within the Schengen zone," diplomatic sources said, after a meeting in which the ambassadors of the Member States analyzed the situation created since Sunday.

Freight traffic has been disrupted in the last two days by France's decision to close the border not only to passengers, but also to carriers, preventing them from crossing the English Channel.

Among them, thousands of Spanish truck drivers were blocked, prompting complaints from the president of Frutas y Hortalizas Europa (EUCOFEL), Juan Marín, who in an interview with Efe called the French measure "very surprising and worrying".

However, the French government announced today that it will allow flows again from midnight Tuesday to Wednesday, although it will require anyone crossing the border to take a negative coronavirus test.

Brussels recalled today that while the Brexit transition period lasts until December 31, freedom of movement continues to apply to the United Kingdom, so EU and British citizens traveling to their country of origin "must be exempted from the restrictions" or residence, as long as they undergo a PCR test or quarantine.

However, the Community Executive insisted that "it is important to take rapid temporary measures to limit the spread of the new strain of the virus" and "discourage" non-essential travel.

"The newly identified new variant of Sars-CoV-2 continues to be a matter of great public health concern. Member States are ready to re-evaluate the measures taken to limit the spread of the new variant of the virus, when scientific evidence shows more light, "said diplomatic sources.

Regarding essential movements, the EC recommends that health workers be forced to perform a PCR test or an antigen test 72 hours before their departure to the new destination, but it exempts them from the need to quarantine their arrival.

Instead, unlike the measure adopted by France, Brussels exempted carriers - also considered essential workers - from the need to present a covid test.

However, as of January 1, Community law will cease to apply completely to the United Kingdom and will be considered for all purposes a third country with respect to the European Union.

This implies - the EC recalled - that non-essential travel from the United Kingdom may be prohibited for the duration of the pandemic, except for European citizens or essential workers.

The restrictions on China are subject to Beijing respecting reciprocity.

At the beginning of the pandemic, European countries agreed that entry would only be allowed from those third countries with new cases of coronavirus in the last 14 days below the EU average or with a "stable decreasing trend" of new cases in the last two weeks.