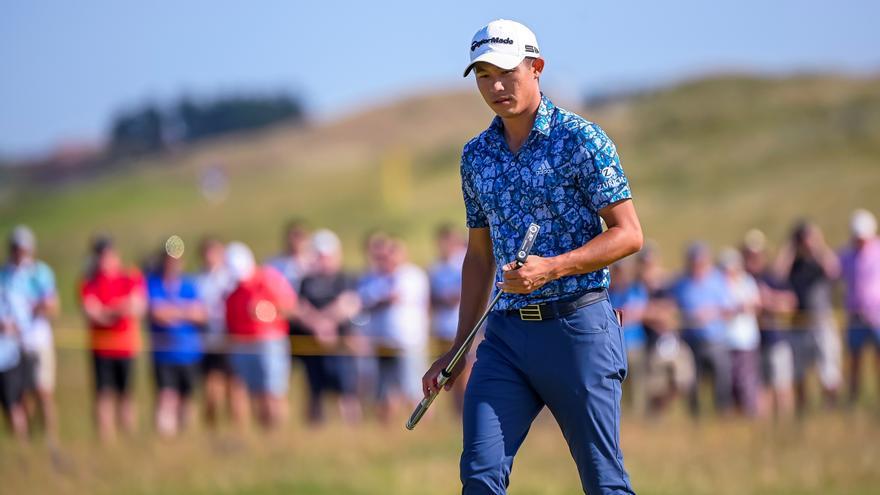 The American Collin morikawa, 24 years old, thanks to a last card with 66 strokes (four under par), which took him to a total of 265 (-15), this Sunday he won the British Open, his second ‘big’ golf course, which It was played at the Royal St George’s GC (Sandwich, Kent), with two shots ahead of his compatriot Jordan sppieth, and four on Spanish Jon Rahm, that finished third and recovered the world number 1.

Of Japanese and Chinese descent, born in Los Angeles (California), Morikawa succeeds in the record of the British Open Irishman Lowry Shane, who was proud to be the player who has had the longest honor of wearing his title, after not playing in 2020 for the pandemic from coronavirus. The achievement of the beautiful ‘Jarra de clarete’ (winner’s trophy), is also his second ‘great’, after having premiered his record in the ‘majors’ with the PGA Championship in 2020.

He is also the first player to win both majors in the year of his debut in them. And ascends to number 3 in the world ranking.

Morikawa started the last day with a single blow from the then leader, South African Louis Oosthuizen, with whom he shared the last match. Very soon, before a ‘bogey’ from his rival on hole 4, he equalized and, just three later, he was already at the top alone, after a new stumble from his rival and he make a ‘birdie’. He did not get down from the lead, he even increased it thanks to the four birdies on his card, which did not have any failure.

Oosthuizen, on the other hand, was not intoned after seeing himself below his party partner. He concluded with two birdies and three bogeys, for a 71 (+1), the worst of his four cards, and a total of 269 (-11).

Between one and the other he got Spieth, who came within a stroke of Morikawa, after a ‘birdie’ on hole 14. And that started the day in a discouraging way for his interests, by committing two ‘bogeys’ (holes 4 and 6). But an ‘eagle’ on 7 made him react, adding his four birdies of the day in the following holes.

Remarkably high Jon Rahm, despite not achieving his illusion of being the first Spaniard to win two majors in the same year. Barrika’s, who started the day five strokes from the lead, did not get off to a good start, with a ‘bogey’ (hole 2). He recovered with an ‘eagle’ in 7, but added a new ‘puncture’ in 8. His game was good until the ‘green’, but he lacked the ‘putt’, leaving several feasible ‘birdies’, and even of which it would have been his second ‘eagle’ of the day on the trail.

Barrika’s did not give up, he continued to fight more aggressively in his blows; and he had his prize from the 13th, when he added four consecutive birdies that put him in the top three. He finished with 66 in the days, with 269 in the total of the tournament. This translated into a shared third place that, at least, makes him regain the world No. 1 loaned last Sunday to American Dustin Johnson, who finished this Sunday in a shared eighth place, with a total of 273 hits. The Spanish needed to be among the first fifteen and ahead of the North American.

Notable also fourth tour of Sergio Garcia, who delivered a card with 66 (five birdies, one bogay), his best of the tournament, and a total of 276 (-4), which left him in a shared nineteenth place.