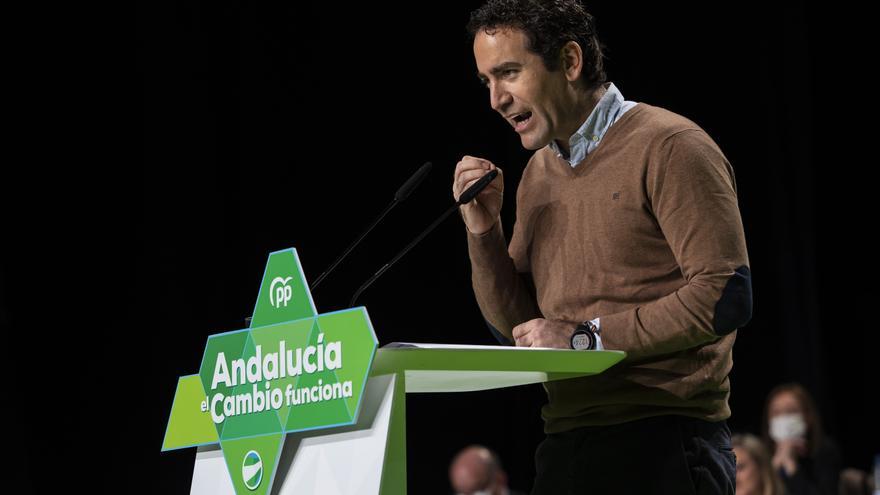 The general secretary of the PP, Teodoro García Egea, wanted to make it clear this Saturday that the president of the PP-A and the Junta de Andalucía, Juanma Moreno, is “free and has always been free” and none of us have to come “from outside to tell him what to do, because he knows very well that the interests of Andalusians and Andalusia are above all else. ”

García Egea has spoken like this upon his arrival at the 16th Andalusian PP Congress, which is being held this weekend in Granada, and where he will make an intervention before the plenary. These demonstrations have been made after being asked if the national leadership of the PP is in favor of an electoral advance in Andalusia.

He has stressed that Moreno belongs to a party where the best way of being of the Popular Party is “to put Andalusia above the interests of the party itself.”

García Egea has expressed that he trusts the team that Juanma Moreno has made up and has wanted to make it clear that the national president of the PP, Pablo Casado, has always bet on this land. “Moreno is a benchmark for us, his management supports him and he has managed to transform the Andalusia of the ERE into the Andalusia of employment”, he declared.

He has indicated that it is an honor to be in the congress of the Andalusian PP, a “strong and united party around Juanma Moreno, who is going to revalidate the position at the head of the Andalusian PP and who, with success, has developed, with his political project , a historical change in Andalusia “.

“We are going to win the next elections”

As he has pointed out, the road began in Andalusia, when Juanma Moreno crossed the finish line and reached the Presidency of the Board after decades of socialist governments and now the “most exciting” project that we are going to live will be to see Casado cross the goal of the Moncloa because there he will start a “project of illusion for all Spaniards” like the one that began in Andalusia. He has also added that with Pablo Casado in Moncloa, finally, Andalusia will have an “ally” in Madrid, in the face of the “mistreatment” that it receives at this time from the Government of Pedro Sánchez.

He has defended that the political project of the PP is “the transmission belt” between what the people want and what finally materializes, and for this it is essential that the party is “strong.” “If we have a party, we will have a government for many years,” he stressed.

The popular leader added that all the polls show that in Spain there are only two options: Either Pablo Casado governs or Pedro Sánchez’s alliance of radicals governs. The polls show, as he has pointed out, that a large majority of Spaniards are committed to change in this country and, in this sense, they have appealed to avoid the “fragmentation” of the vote.

For García Egea, Spain “has everything to succeed”, but only the Government of Pedro Sánchez has left over, which has achieved a double record, that this country is the one that has fallen the most due to the coronavirus pandemic and the one that grows the least due to recovery, some “terrible” data behind which there is much suffering for families and companies.

Tags: aegean, come, dark, free, Garcia, has to, out of, tell him