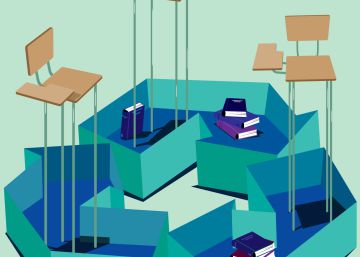 While world leaders meet in Madrid this week on the occasion of the Climate Summit, it is clear that the debate has acquired a new urgency. The devastating weather events of this summer and, more recently, the floods in Venice – the most severe in the last 50 years – or the unprecedented forest fires in Australia, have set off all the alarms. COP25 has also reached a new dimension, driven by greater public awareness and a better understanding of the benefits associated with the fight against global warming. It is up to the Governments to take a decisive step in Madrid, evaluate the progress of the Paris Agreement and plan next steps before the deadline established in 2020.

Public awareness about the climate challenge has increased, in large part thanks to the performances of students from all over the world, who are not willing to suffer the consequences of the lack of action of their elders. We must congratulate them, but also make them aware that they can achieve a greater impact and be part of the solution. It is necessary that a greater number of students be trained in areas such as science, technology, engineering and mathematics – the so-called STEM – so that they can play an active role in the fight against warming. If the current trend is maintained, the low number of students who opt for this branch will leave the renewable sector with an insufficient number of professionals to drive the necessary change.

The urgency of accelerating the energy transition was expressed in the latest World Energy Outlook report, prepared annually by the International Energy Agency: "Accelerating emission reductions requires more ambitious political action in favor of efficiency and clean technologies." The need to act quickly is indisputable, but we must not overlook the benefits that clean energy can offer society. According to KPMG, as long as the energy transition achieves a realistic sustainability model, these benefits could translate into a saving of 352,000 million euros in social costs by 2050, saving four million lives a year thanks to the reduction of air pollution. In addition, wind power would save 1.570 million cubic meters of water in 2030. They are key benefits for future generations.

The wind power It is also an economic revitalizer. Creates employment and income for local companies that participate in the construction, operation and maintenance of wind farms. KPMG estimates that this energy could employ triple the number of people working in the sector today, going from 1.1 to 3 million; and it would contribute to gender equality, in large companies and rural communities, since the sector employs more women than others, especially in highly qualified jobs.

In Spain, a faster development of renewables would increase GDP by 6,000 million euros annually in the period 2021-2030, and create 150,000 jobs. This would require additional investment, but it is obvious that a business scenario with such prospects is much more attractive to investors. What will be essential to consolidate this scenario is the commitment of the Spanish authorities. It is necessary to ensure a stable regulatory framework so that these benefits become a reality.

Great steps have been taken to make this planet a cleaner and more sustainable place, but much remains to be done. It is estimated that environmental risk has increased by 60% in the last 10 years, and climate change and extreme weather conditions are the most serious threats. The World Meteorological Organization warned in September that the global average temperature For the 2015-2019 period it is about to become the warmest ever recorded.

We must congratulate the Government of Spain for having reacted quickly to host the climate summit. Hopefully, world leaders will reinforce the Paris Agreement to keep warming below two degrees, before next year's meeting in Glasgow, where long-term goals will be discussed. We have been notified. The main international organizations agree that the energy transition must be accelerated to ensure sustainability in the coming decades, and for this it is essential to increase the use of renewable energy. We need young people to take a step forward to become the pioneers of tomorrow.