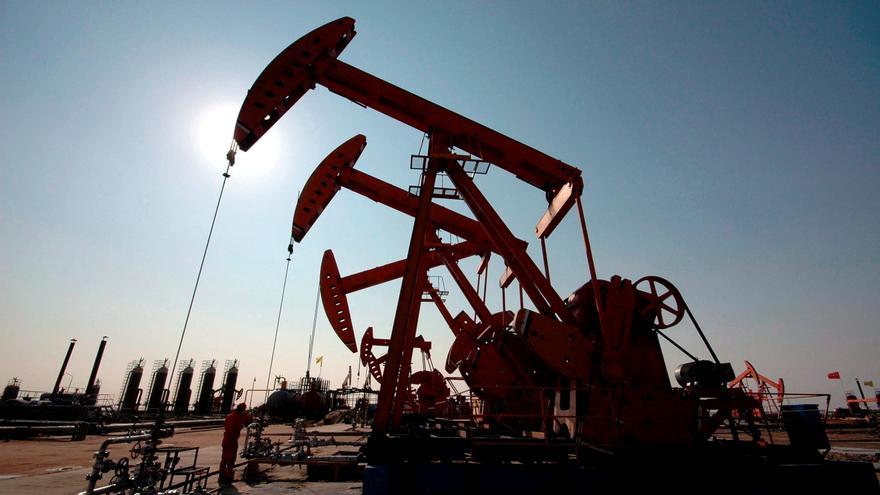 A modeling study, published this week in Nature, stresses the need for strict and immediate limits on the extraction of fossil fuels. In 2015, an article published in the same magazine estimated that a third of oil reserves, half of gas and more than 80% of coal should be left without use in 2050 for a chance to limit global warming to 2 ° C. This new work, led by Dan Welsby of the University College London (United Kingdom), establishes that the limitation should be stricter. Fossil fuels currently represent 81% of world energy consumption.

“We see a dramatic increase in the volume of oil reserves that must remain unextracted on a global scale in our document (58%) compared to 2015 (33%). This increase is largely due to the lower carbon balance, but also to the crucial advances in the model since 2015, including the latest data on the cost and deployment potential of variable renewable energies (wind and solar), as well as battery electric vehicles, “Welsby tells SINC.

The scientist and his team expanded the previous analysis to include the profiles of the main producing regions. In the case of middle EastFor example, oil production has peaked today and would have to decrease by 2% per year until 2050. The level of non-extractable reserves would be 62%. “This has important implications for producers in regions that depend heavily on hydrocarbon revenues to sustain the national economy,” says the researcher.

Our work strongly supports previous research on the importance of a controlled decline in production to ensure that economies that depend on it now diversify.

Also, all unexploited oil and gas in the Artic they must remain underground according to this work. “Our work strongly supports previous research on the importance of a controlled decline in production, to ensure that the economies that depend on it diversify nowgiven the level of necessary reductions in global demand for oil and gas, “Welsby emphasizes.

The authors of the work used the same model from the 2015 research, called TIAM-UCL, but with numerous updates and improvements. The regional distribution of fossil fuel production is determined by the cost of production within each region for each resource category, the carbon intensity of production, and the cost of alternative technologies.

Researchers have used the most recent data to project future costs for major low carbon technologiessuch as wind, solar and battery electric vehicles. “The cost reduction of these technologies has been spectacular, even since the 2015 document. We see a rapid deployment of solar and wind technologies, as well as an increase in hydrogen production from electrolysis primarily as an input fuel for the world’s naval fleet, “emphasizes Welsby.

We see a rapid deployment of solar and wind technologies, as well as an increase in hydrogen production from electrolysis

Given the scale of deployment required to push the global energy system towards a zero net trajectory for the 2050s, scientists estimate that there is enormous potential within low-carbon technologies to provide jobs and investment.

“The main mechanism is the price of carbon, although there are other policies on the demand and supply side that would help the transition. For example, the prohibition of certain technologies such as in the United Kingdom the sale of new gasoline cars and diesel from 2030; effective regulation to minimize or eliminate methane leaks oil and gas supply chains; the elimination of production subsidies, tax exemptions or tax incentives for producers; and moratoriums on new licenses for the production and exploration of oil and gas, “says the scientist.

One of the main conclusions of this analysis is that world oil and gas production has already reached its maximum, although there are regional variations, especially in the case of gas. “We have found that the global production of these two fuels should decline at an average annual rate of approximately 3% between 2020 and 2050. In oil, all regions are currently experiencing peak production (including the Middle East, Russia and the Caspian, Europe, Central and South America) or in 2025 (United States) “, argues the expert.

For its part, the Middle East production should decrease by 2% annually until 2050, while that of the USA (once the production peak is reached in 2025, which is roughly equivalent to the production levels of 2019), around 4% per year. “The slightly lower annual production decline in the Middle East (compared to the world average) reflects the competitiveness of reservation costs“says Welsby.

Most importantly, if any country or region adds a unit of oil or gas to global net supply, it must be offset by production cuts elsewhere.

In the case of gas, there are more regional variations, but this depends on the rapid decline in production in developed economies. For example, in the US the decline should be around 8% per year from 2020, while in Africa and the Middle East it grows until 2035 before decreasing by 2050.

“The most important thing is that if any country or region adds a unit of oil or gas to the global net supply, it must be offset by production reductions elsewhere. This ensures that of production the global trajectory (and therefore , the global carbon budget) stay on the right track, “says the researcher.

Developed economies (US, EU, Canada) are seen to reduce their production faster, leaving more space in the carbon budget for developing regions. “This calls into question current plans to expand drilling licenses and developing new fields in mature hydrocarbon-producing provinces such as the North Sea, since it has not been indicated where the production cuts will take place to counteract this situation, “he concludes.

“Assuming there is the political will to meet the commitments made in Paris, the fossil fuel reductions suggested in our work are entirely feasible,” Welsby notes. However, the decline in fossil fuels must be complemented by policies, both on the demand side and on the supply side.

Among the recent advances that give cause for hope for the authors are: the Treaty on the Non-Proliferation of Fossil Fuels (which includes a World Register of Fossil Fuels to help transparency of what is produced globally), attention to the elimination of production subsidies, tax exemptions and tax incentives for fossil producers, as well as the Alliance Beyond Oil and Gas (which includes Denmark and Costa Rica).

Assuming there is the political will to meet the commitments made in Paris, the fossil fuel reductions suggested in our paper are fully feasible.

“It also seems that the main producing countries recognize that the diversification of the economies to stop depending on fossils is essential and that, therefore, a controlled decline is preferable to a sudden collapse of income and the corresponding economic repercussions “, he emphasizes.

Finally, they remember that this work can still represent a underestimation of the situation, since the model does not take into account the future feedbacks of the terrestrial system, nor the uncertainties around the rate of deployment and the scale of the technologies necessary to counteract emissions.