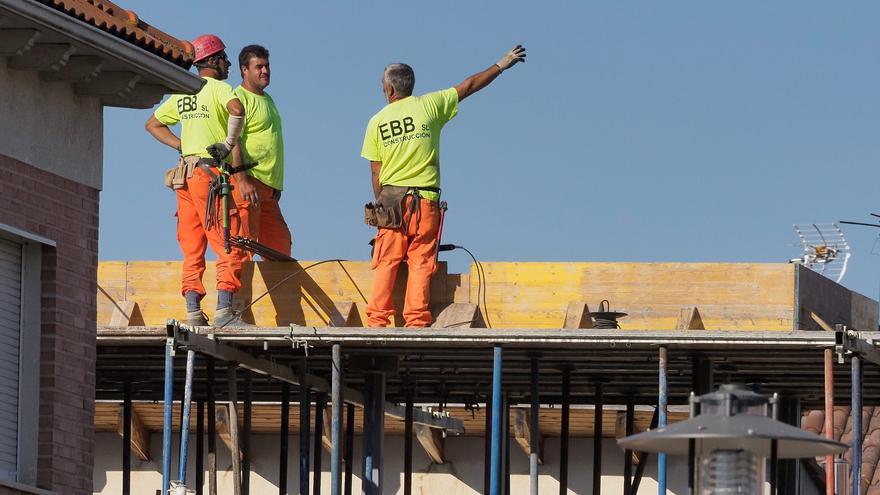 Bittersweet situation. The construction sector is going to be one of the most benefited by the arrival of European funds and, at the same time, it is being hit by the global crisis in raw materials, by delays and rising costs.

“Directly, more than 35,000 million euros of European funds will go to construction and seven out of every 10 euros, in total, indirectly,” said the president of the National Construction Confederation (CNC), Pedro Fernández Alén.

That is the manna that is to come but, at the same time, the sector assures that, to this day, it experiences problems that are directly linked to raw materials. “They arrive late and are more expensive,” he summarized.

The employer’s association assures that, in the last three months, more than half of the works suffer delays in their execution, according to a survey carried out with 300 companies in the sector. “75% have suffered some shortage or unusual delay, especially wood, aluminum or steel.” For example, in the case of machinery or vehicles, the delays in delivery times are 90 days.

At the same time, 94% of companies notice a price hike, according to CNC, which has made the total cost of the works more expensive by 22.2%. How are those rises? In the case of wood, 125%, 63% for copper, 56% for asphalt, or 35% for electricity. “40% of companies have forced to cancel a contract or stop works”, summarizes the employer.

No price drops in sight

Regarding how long this situation is going to be extended in time. “We are not seeing signs that they are stopping, if there is a relaxation of the economy in China we could see a relaxation in prices; but we are not seeing it ”. In part, the problem is in sea freight, where prices in some cases have multiplied by two or three.

However, this increase in prices and delays has, for the moment, no impact on employment and has not been reflected, at the same rate, in penalties for delays in the execution of works. “Only 23.7% have suffered an economic penalty,” said Fernández Alén.

What are the construction companies asking for? Several measurements in parallel. On the one hand, extend lead times while waiting for raw materials to decline. On the other, to be able to modify the contracts – to collect the increase in costs – and a model of request for compensation for breaking the economic balance of the contract. That is, an upward revision of these.

Also, return to the price review system that existed until 2007, which takes into account changes in raw materials; and repeal the Law of Deindexation of public contracts that, CNC assures, would avoid cancellations or stoppages of contracts.

“We do not know what the Finance and Transportation ministries will do about the Deindexation Law, but we know that the door is open. We want the solution, the one adopted, to reach all public administrations. ”

“The Administration knows perfectly how much raw materials are increasing, through the INE. We also ask that the tenders of the projects of the European funds be speeded up ”, urges the president of the employer’s association. “The Balearic Islands have already implemented some measure and Adif is studying the adaptation of the contracts.”

“We do not want to judicialize the contracts, but on many occasions there is no way out and it has to be the judicial process that determines that there are increases in costs. We ask that what is happening be understood ”, concludes CNC.