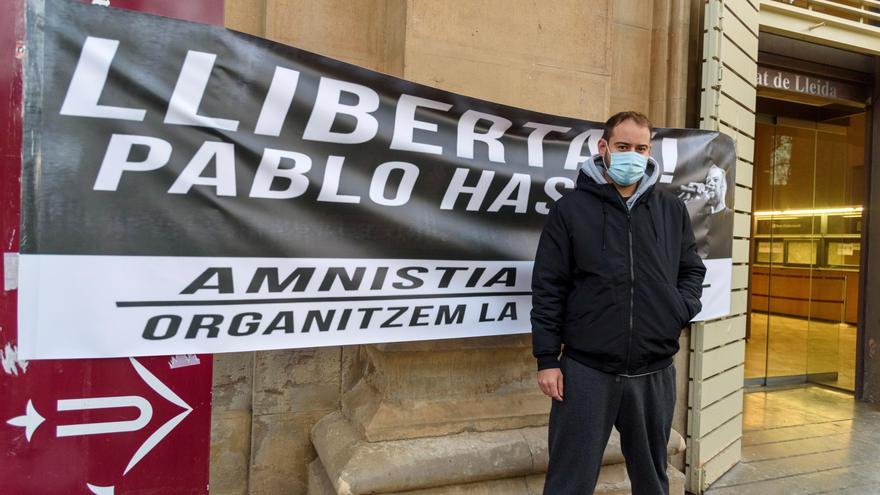 Writers such as Almudena Grandes, Juan José Millás, Marta Sanz or Manuel Rivas, journalists such as Jordi Évole, Rosa María Calaf, Ignacio Escolar, Maruja Torres or Jon Lee Anderson, representatives of the Mongolian humor magazines and on Thursday, the Unió de Periodistas Valencians , as well as scriptwriters and illustrators sign a manifesto in which they ask for the freedom of rapper Pablo Hasel. In it they recall that “no one should be criminally sentenced for tweeting or singing something disagreeable or scandalous, as non-governmental organizations defending the human rights“.

In the statement they point out that “rapping is not a crime, even if you don’t like the lyrics of the person who raps. Many people who use social networks, but also musicians, journalists and even puppeteers have been prosecuted in recent years, just for exercising their right to freedom of expression. Our country is one of the countries that has retaliated the most artists in recent years for the content of their songs. ”

The signatories claim to eliminate from the Penal Code the crimes for which the rapper was convicted, because in their opinion “this type of crime does nothing but curtail the right of expression, ideological and artistic expression.” They also indicate that “the imprisonment of Pablo Hasel makes us more vulnerable to all the people who need freedom of expression to exercise our profession. The criminalization of criticism of institutions must be eliminated, because it violates freedom of expression.”

The National Court has given until this Friday to Hasel to enter prison and serve a sentence of nine months in prison for a crime of glorifying terrorism, and insults and slander against the monarchy and the State security forces and bodies, for messages he wrote on his Twitter account and expressed in his songs posted on YouTube, in one of the first cases in which convicted of the so-called ‘crimes of opinion’ ended up in prison.

This week, following the manifesto signed by filmmakers and musicians, the Government announced that will raise a review of the “most controversial” crimes related to freedom of expression to prevent them from leading to prison sentences. According to Moncloa, who reported in a brief statement sent at the edge of nine o’clock on Monday night, the reform will only punish behaviors that “clearly” pose a risk to public order or the provocation of some type of violent incident and only with dissuasive penalties, not deprivation of liberty as is the case today.

This reform does not affect the jail sentence imposed on Pablo Hasel, whose lawyer filed a plea appeal yesterday against his entry into prison.