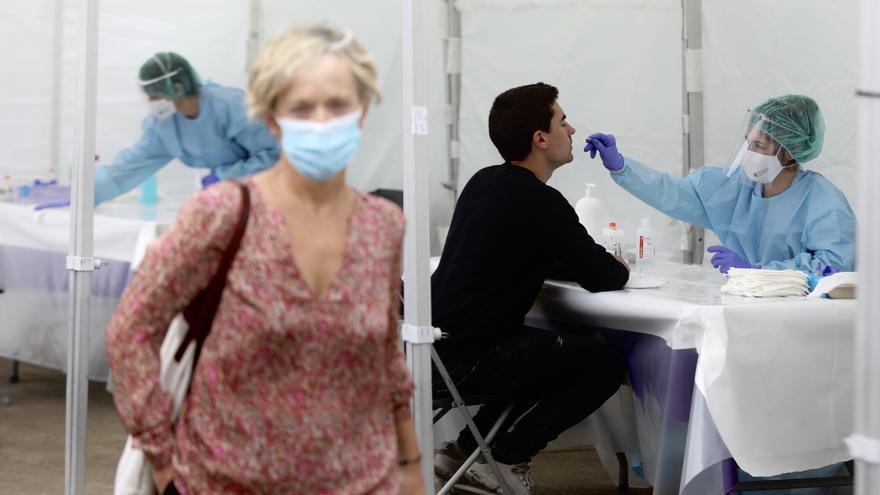 The map of the outbreaks of this Thursday in our country leaves 73 active foci distributed by 15 autonomous communities, as reported by the Minister of Health, Salvador Illa. The regions that are suffering the greatest impact are Catalonia, with 19 regrowths; Andalusia, with 18; Galicia, with the region of La Mariña (Lugo) confined, and Euskadi, which has registered 58 positives in Ordizia (Guipúzcoa). La Rioja, Asturias and the autonomous cities of Ceuta and Melilla continue to register no outbreaks.

Catalonia has made the use of a mask mandatory throughout the territory and the Basque Government has implemented the mandatory nature of this protection in Ordizia. For its part, the Balearic Islands, Andalusia, Murcia and Cantabria, among other regions, are considering making the same decision.

As of today, this is the x-ray of regrowths in Spain by autonomous community:

Catalonia continues to be in a difficult situation and reporting new outbreaks. This Thursday has identified three more outbreaks in Tarragona which makes the entire Catalan territory already have 19 active sprouts: 14 in the Lleida health region, three in Tarragona, two in the Upper Pyrenees and Aran area and another registered with an agrifood company in Avinyó (Barcelona).

Also, a person has died in Segrià (Lleida), according to the latest data, which includes 46 new cases in the region, perimeter confined since Saturday. In the Lleida health region, to which Segrià belongs, 77 new cases have been registered and three more in Alto Pirineu and Aran.

He outbreak of the Navy in Lugo registers until today 165 cases, after increasing the positives by 21, according to information from the Ministry of Health this Thursday. Most are asymptomatic or mild cases and are required to quarantine.

The President of Galicia, Alberto Nuñez Feijóo, maintains his intention to lift the confinement of the area this Friday due to Sunday’s elections, except in Burela and perhaps some other municipality. The decision will be announced tomorrow.

In Guipúzcoa, it is taken for controlled the outbreak registered in the municipality of Orio, which has affected more than 20 people. The most worrying case remains he registered in Ordizia, than sum 58 positives this Thursday. 2,300 PCRs have been performed since Monday.

The Basque Government continues to rule out Ordizia’s confinement for now, even if the use of a mask is mandatory. In addition, the capacity and hours of nightlife establishments are limited.

Board has registered this Thursday a new focus in the western district of Almería with ten affected, what makes them already 18 active outbreaks in Andalusia; ten in the control phase and eight in the investigation phase in the provinces of Granada, Málaga, Cádiz, Huelva and Almería, with a total of 289 confirmed cases.

The last update of the data at 09:30 hours records 14 new cases confirmed in the outbreak linked to a wake held in Belicena, reaching 22 affected, and a new one in an outbreak already under control in the Granada district.

The government of Aragon maintains in phase 2 the four regions affected by sprouts: La Litera, Cinca Medio and Bajo Cinca in Huesca, and Bajo Aragón-Caspe, in Zaragozto. Add at least 450 confirmed cases, mostly among seasonal workers.

The Minister of Health of the Government of Aragon, Sira Repollés, has stated that the epidemiological situation in the four regions is evolving “very well” and, “probably, before the weekend”, a decision will be made on their return to the new normality .

Balearic Islands already has 10 active outbreaks. The last to register has been on the island of Menorca and it affects three Spanish tourists with mild symptoms. Two of the outbreaks in the Balearic archipelago are about to be closed and the regional government highlights that these are “very limited outbreaks of four or five people” that usually occur within the family, making it easier for detection and follow up.

In Soria, the Board declared this Wednesday an outbreak with three positives, three minors of 14, 13 and 10 years, after a meeting of several families. Of the people in the environment, 21 in total, 18 have tested negative and three remain to be located to perform the PCR test.

This case adds to the outbreak registered at the Río Hortega Hospital in Valladolid Although it is considered controlled, it is not yet closed.

exist four coronavirus outbreaks, all of them with fewer than five cases, in the towns of Cullera, Llíria and Valencia. The Llíria outbreak and one of the two in Valencia have occurred in two families. In Llíria there are three positives in the same family unit, which is isolated, while in Valencia the five members of the same family have tested positive.

Likewise, in the capital there are also four positives in a reception flat, while in a Refugee Refuge Center in Cullera there are three positive cases.

The Ministry of Health has indicated that no new cases related to outbreaks already known in Castellón de la Plana, Rafelbunyohe neither Burjassot.

The Region of Murcia maintains three active outbreaks. The most complex is the related to the flight from Boliviathat already add 49 positive cases and it is not closed with 13 of those cases located in a fruit and vegetable company. There is also another outbreak in Torre Pacheco and another in a county council in Cartagena.

In addition, 40 people arriving in boats are kept in quarantine due to close contact with four others who have tested positive, two on Wednesday and two on Thursday.

The Board of Castilla la Mancha keeps a building in the city of Albacete confined for an outbreak arisen in a family and two more cases detected in the neighborhood. On the other hand it maintains the Covid-19 outbreak in Tarazona de la Mancha (Albacete) started in the family sphere and of which so far nine cases have been declared.

The Junta de Extremadura keeps four outbreaks active: three in the Badajoz Health area, with a total of 26 cases, and another in the municipality of Navalmoral, Cáceres. The autonomous government does not see confinement as necessary but it does not rule out any measure as the data progresses.

The Government of Cantabria has terminated the insulation of the apartment building in Santander for a regrowth. However, does not give up This focus still has 13 positive cases.

The Community of Madrid keeps active the focus that appeared last week in which seven minor cases have been recorded in a company in Madrid, according to the latest data. No more sprouts.

Navarre registers two new outbreaks in Tudela and Pamplona. The first, by a recently celebrated wedding that has left 23 cases of coronavirus, has announced the Government of Navarra. In the Pamplona outbreak, an imported case was registered, which in turn has infected four people in the family environment.

These two cases add to two other outbreaks recorded in past weeks, also in the capital and in a northern town, Sunbilla, both controlled.

In the Canary Islands some 37 migrants remain isolated in a ship in Puerto del Rosario, capital of Fuerteventura, after arriving in different boats to the island and detecting that they were positive