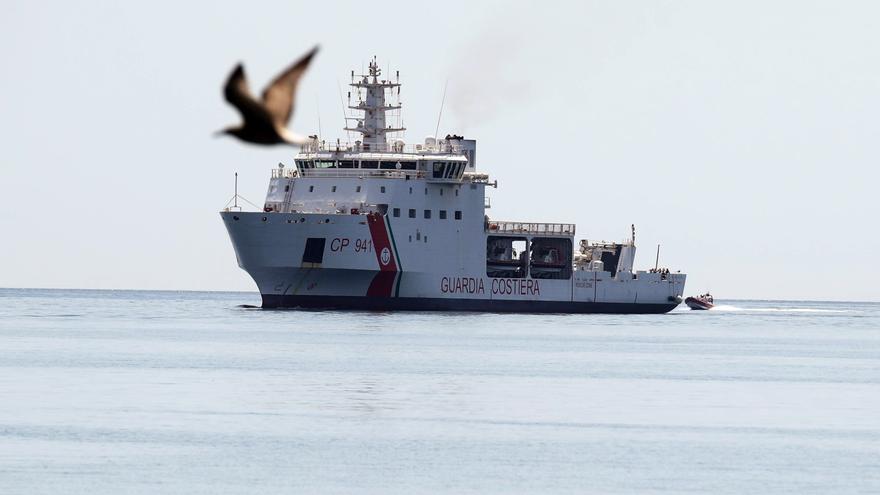 The Coast Guard italian has reported the disembarkation of 517 migrants who have been rescued in the waters of the Mediterranean. The migrants are already in the port of Crotona, in the Italian region of Calabria.

A first landing occurred at dawn this Sunday, when 90 people arrived at the port aboard a sailing ship intercepted on the high seas by a patrol boat of the Italian Finance Guard.

In a second landing 400 people descended late on Sunday morning from a Russian-flagged merchant, the 'Mekhanik Herokin', who had rescued these migrants off the coast of Crotona.

The ship was too big to dock, so The Coast Guard was moving the migrants in groups of 90. Among the migrants are mainly Afghans, Syrians and unaccompanied minors. There are also women with children and some pregnant women, one of whom had to be hospitalized.

Also on Sunday, 27 migrants who were traveling in a small boat were rescued and were located by the Coast Guard near Crotona.

With these three landings, there are already six registered in Crotona within 24 hours after the three operations on Christmas Day to rescue 289 people, including 90 unaccompanied minors.

A spokesperson for Red Cross, Ivana Mangione, has explained that "The migrants arrived particularly dehydrated and exhausted." "The trip to the coast of Crotona lasted between six and seven days and took place in difficult conditions. Fortunately, only one person has tested positive for COVID at the moment," he indicated, according to the newspaper 'Gazzeta del Sud'.

So far this year 1,508 people have died trying to cross the central Mediterranean, according to data from the International Organization for Migration (IOM), which warns that the real figure could be much higher.