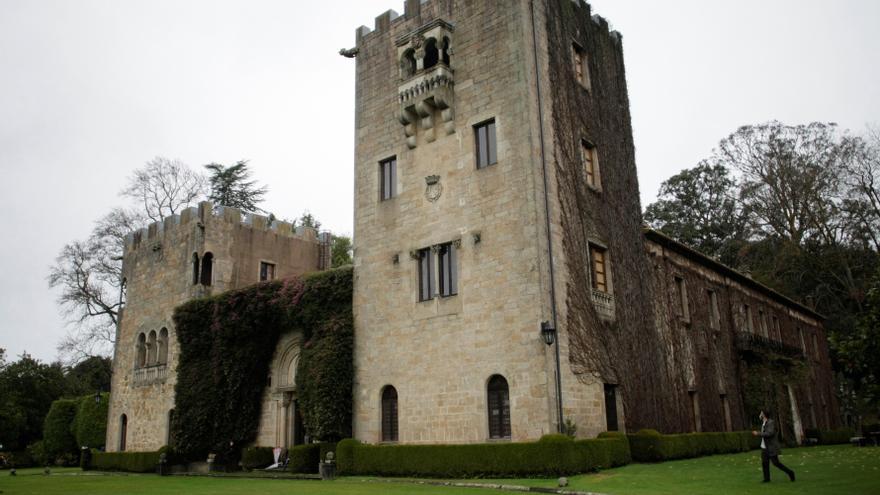 Sada (A Coruña), Jun 19 (EFE) .- More than 300 people have participated this Saturday in a demonstration in Sada (A Coruña) to reject the commission of "a new looting" in the Pazo de Meirás in the face of "danger" that the administrations and the courts allow the Franco to remove the movable property from the interior of the property.

Supported by 68 entities, this protest has been called by the 'Defend Meirás' initiative under the slogan "El pazo para el pueblo" in order to demand "protection" for movable property and demand that it be a place to remember the people retaliated during the Franco regime.

Shouting "In the pazo de Meirás, Francoism never again", the march, also supported by political representatives such as the national spokesperson of the BNG, Ana Pontón, and the secretary general of Podemos Galicia, Antón Gómez Reino, began at 12.00 hours and has walked the streets near the pazo, to the rhythm of Galician bagpipes.

After finishing the journey, the actors Fernando Morán and Isabel Risco have enlivened the event with a brief performance in which they have humorously put themselves in the shoes of the dictator Francisco Franco and his wife, Carmen Polo.

Afterwards, the group of tambourines Tanxugueiras has offered a small concert in front of the gates of the venue, on whose wall the participants have hung a large banner that reads “That they give us back what was stolen. Francoism never again ”.

Finally, the authors of the book "Meirás: un pazo, un caudillo, un plunder", Carlos Babío and Manuel Pérez Lorenzo have read a manifesto in which they have warned that "the battle for Meirás did not end" in reference to the latest judicial decisions that question the ownership of movable property.

"If the public administrations do not act, they will be contributing to a new, tremendously painful plunder as it occurs in democracy", the historian Manuel Pérez has remarked.

Finally, the organizers have also regretted that the central government did not allow them to enter the gardens of the Pazo de Meirás, which will open to the public next weekend.

For her part, the national spokesperson of the BNG, Ana Pontón, has supported, in statements to the press, "the claim made by Galician society for the full return of Meirás" and has attributed the protection of the assets to the "political will ”Of the Xunta and the Government.

"We must recognize that if we are where we are today, it is thanks to social mobilization and thanks to pressure," said Pontón, who has attributed to society the "debate won" of the recognition that the pazo "was a looted asset" which must be returned.

However, he has said that the fact that a ruling establishes that the state must compensate the Francs is "the world turned upside down." "It is absolutely bizarre that it is understood that the goods that are inside the pazo are not part of a unit," he stressed.

In this sense, he insisted that society is once again giving "a wake-up call" to the Xunta and the central government, which have to "put the batteries" so that this process ends "on the right foot."

For his part, the deputy of United We Can Antón Gómez Reino thanked "the tireless work" of the set of memorialist associations that made an effort to restore the pazo to public ownership.

"The last steps remain," emphasized Gómez Reino, who has stressed the need to guarantee that the Franco "in no way continue to use or appropriate property."

Thus, he has called to work so that the pazo de Meirás is "fundamentally" a space for the recovery of democratic memory.