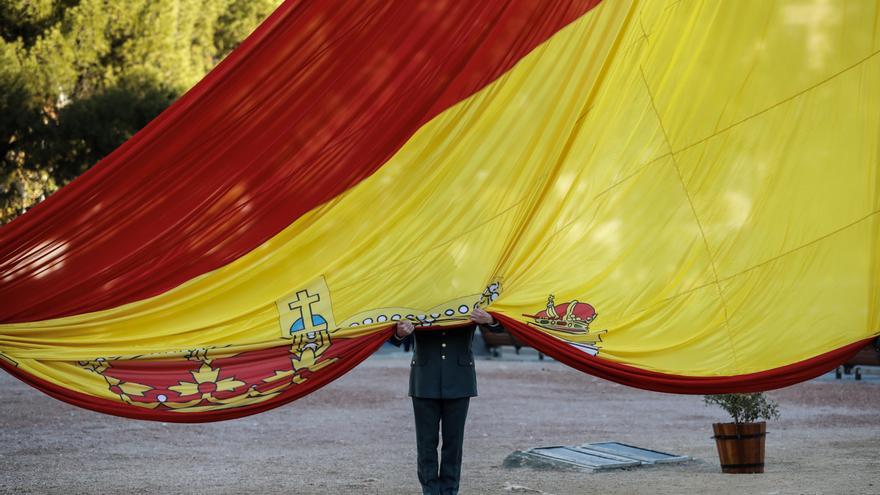 Days after the publication of a private chat in which former military officers called for the execution of 26 million people271 retired soldiers have signed a manifesto in which they warn against "the deterioration of democracy" and "the imposition of a single thought" and in which it is stated that the "unity of Spain is in danger." The document is headed by Lieutenant General Emilio Pérez Alamán, Admiral José María Treviño and Lieutenant General Juan Antonio Álvarez Jiménez, and has been signed by generals, officers, legionaries and soldiers.

Those who support the new text stand out from other similar initiatives: "The signatories of this Declaration want to express their complete dissociation and displeasure with what has been expressed in a private 'chat' - disseminated in various media - oblivious to our feeling and essence of soldiers ". In those conversationsInsults were launched against members of the Government, there was speculation about the possibility of a coup, and it was said that the only solution to the political situation was "to shoot 26 million sons of bitches."

It was not the first time that the idea of ​​an uprising against the government had been raised. In the conversations prior to the letter, as published by InfoLibre, the members of the chat made several references to the military pronouncements that had occurred in the history of Spain until one reminded them that they had no "planes, troops or weapons."

Despite denying the messages sent in that chat, the 271 signatories of the new manifesto say they share "the same concerns" as their colleagues from the XIX Promotion of the Air Force and the XXIII of the General Military Academy of the Army, exposed by each one in letters to the President of the European Parliament and to the King of Spain. "They accuse the Government of accepting" the contempt for Spain, the humiliation of its symbols, the contempt for the King and the attacks on his effigy. "

"In addition to allowing violent pro-independence riots and coup plotters with a request for pardons to those convicted of sedition, as well as granting favors to terrorists with the consequent contempt for their victims," ​​skirting "current legislation", seeking "submission to the Executive Branch of the Judiciary , including the Attorney General of the State ", and trying to" impose a single thought "with laws such as the Democratic Memory.

They add that "as soldiers, who are still in the situation of retired, we keep active the Oath that we took in its day to guarantee the sovereignty and independence of Spain and defend its territorial integrity and constitutional order, giving our lives if necessary" .

"Although by age we cannot exercise our vocation as soldiers in Units, we have recovered the fundamental rights that we voluntarily renounced when embracing the career of Arms. Among them the freedom of opinion and expression that allows us to sign this declaration, which it warns of the risks to which those responsible for directing the future of Spain are subjecting our country ", argues the manifesto. The signatories reiterate their loyalty to the king as the supreme command of the armed forces.