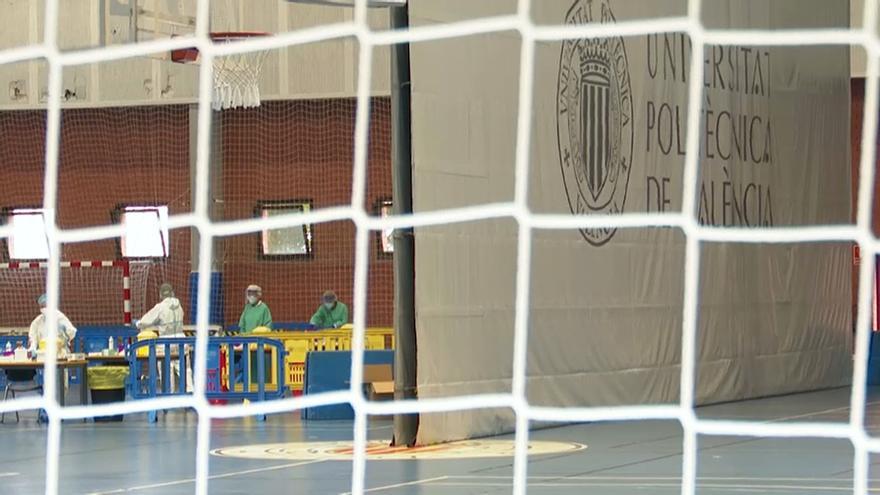 The Universitat Politècnica de València announced late on Sunday the suspension of face-to-face classes on the Vera campus -to which some 25,000 students attend- and the transition from all training to the modality on-line, for at least a week and while the scans are being carried out and the extent of the contagions is checked, by the first results of the PCR carried out on about 700 university students after last week a coronavirus outbreak was detected that has its origin in the Galileo Galilei residence hall, a private student residence with a capacity for more than 600 students located on the same university campus. So far, of some 270 tests analyzed, more than 200 positives have been detected, as reported by the Valencian public television À Punt.

The Council of Universities, Carolina Pascual, reported this Monday in a press conference that she gave together with the rector of the Politècnica, Francisco Mora, that the decision was adopted due to the “high” results of the tests carried out to date and with the aim of “containing the possible expansion of this outbreak.” It is a scenario “provided” in the contingency protocol provided by the university, to ensure the safety of the students.

The outbreak, which has its origin in several university parties that have taken place in the past weeks in the residence hall, affects not only students of the Polytechnic, but also of the University of Valencia, the CEU Cardenal Herrera or the Católica de València: ” When we have all the data, we will communicate to each university what the situation is and the corresponding decisions will be made in each case, “explained Pascual.

Mora, for his part, pointed out that the Polytechnic University’s code of honor of coexistence will be applied to those students who have acted irresponsibly, initiating the corresponding information files. The investigation will affect only the students, “it should be noted that the majority of the students act responsibly”, and not with the college, “it is an independent private entity, so we do not have any sanctioning capacity.”

Regarding possible sanctions, Pascual has stressed that it is the Ministry of Justice that is responsible for applying possible sanctions in this or other cases. “The campus is safe”, stressed the rector of the Politècnica to highlight the exemplary behavior of the students and lament the feeling of “shame” left by the videos of this type of party.

The Minister for Universities has left the final decision on when the face-to-face classes can be resumed in the hands of Health.