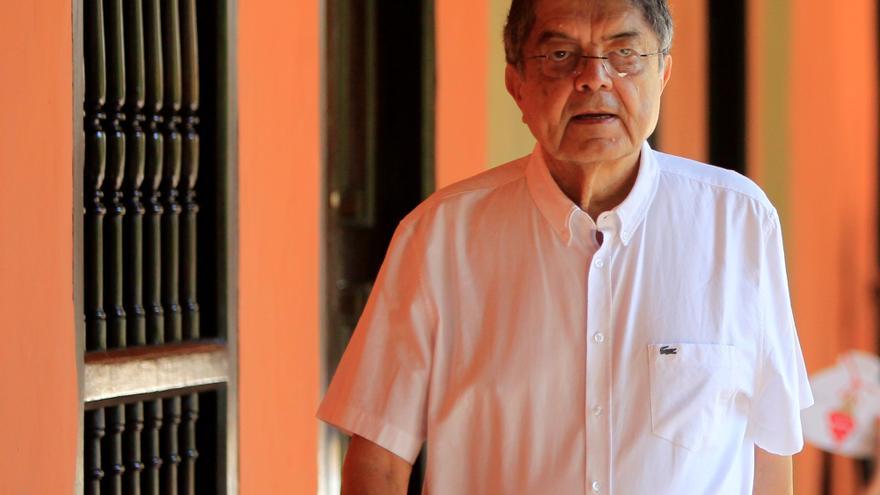 Madrid, Sep 12 (EFE) .- More than two hundred writers, journalists, actors and musicians, among others, have signed a public letter of support for the Nicaraguan writer Sergio Ramírez, after the arrest warrant issued by the Nicaraguan Prosecutor's Office against him, in which they denounce the persecution of the Government of that country.

"The persecution carried out by the Government of Nicaragua against the writer Sergio Ramírez is an attack on freedom and an insult to intelligence," indicates this open letter in which they recall that the writer "is not only an intellectual of the first order , but he has also always been a man committed to the destiny of his country, to whom he has rendered unforgettable services. "

"The charges that have been made against him - and against almost forty political prisoners - are the palpable demonstration of the repressive drift of the regime, determined to silence its opponents through jail or forcing them into exile," they add.

The signatories have shown their solidarity with Sergio Ramírez "and, thus, also with Nicaraguan society, now subjected to a dictatorship whose repressive escalation is far from over."

The Nicaraguan Public Ministry issued an arrest warrant against Sergio Ramírez Mercado, 79, who is outside of Nicaragua and had already announced that he would not return to the country to avoid reprisals from the Government.

Ramírez, 2017 Cervantes Prize winner, who was vice president during the first Sandinista government (1979-1990) and is now critical of President Daniel Ortega, was accused by the Prosecutor's Office of "carrying out acts that promote and incite hatred and violence," reported the last Wednesday the Nicaraguan Prosecutor's Office.