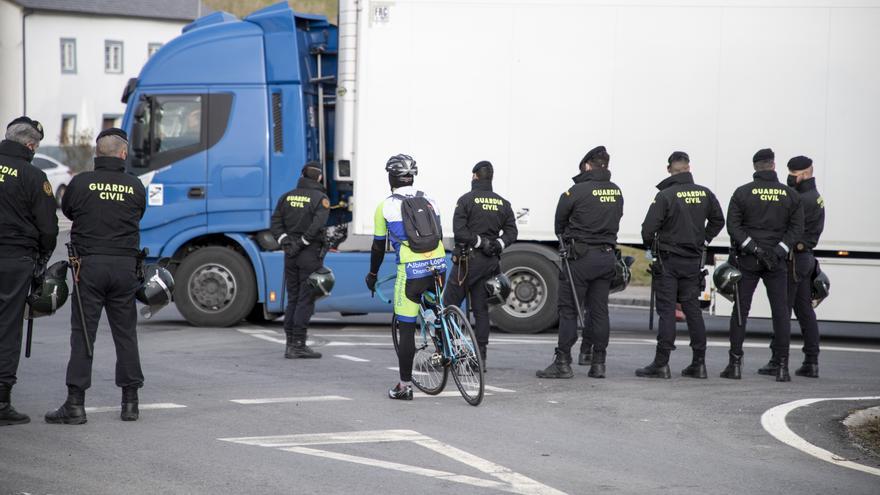 A total of 440 agents of the National Police and 1,402 members of the Civil Guard are deployed in Castilla-La Mancha to monitor the indefinite strike that carriers have maintained throughout Spain since last Monday and that is causing different incidents and traffic retentions like the one that happened last Tuesday on the A-31 between La Roda and La Gineta, in the province of Albacete.

The Security Forces and Corps have continued to guarantee circulation tonight from the main logistics distribution points to ensure supply. A meeting is scheduled for 12:30 pm between the Government delegate, Francisco Tierraseca, and CEOE-CEPYME representatives in the region. The general secretary of the Toledo employers' association, Manuel Madruga, yesterday expressed his concern about the development of the strike and requested the intervention of the Ministry of the Interior with more resources from the State Security Forces and Bodies to guarantee the safety of the truckers who have not joined the stoppages.

This Friday, a caravan of 50 truck tractor heads will travel through Ciudad Real, along the outer lane of the city's ring road, within the indefinite strike of the transport sector. It is, according to sources from the Government Subdelegation, an authorized march scheduled for 11 in the morning.

The Ministry of the Interior maintains this Friday the security device made up of 23,600 agents of the National Police and the Civil Guard on the occasion of the transport strike to guarantee the supply of essential products to the population and act against possible violent pickets.

The deployment will focus on escorting supply convoys, patrolling and providing security to logistics centers and freight transport hubs, and preventing and acting against violent pickets, reports the Ministry.