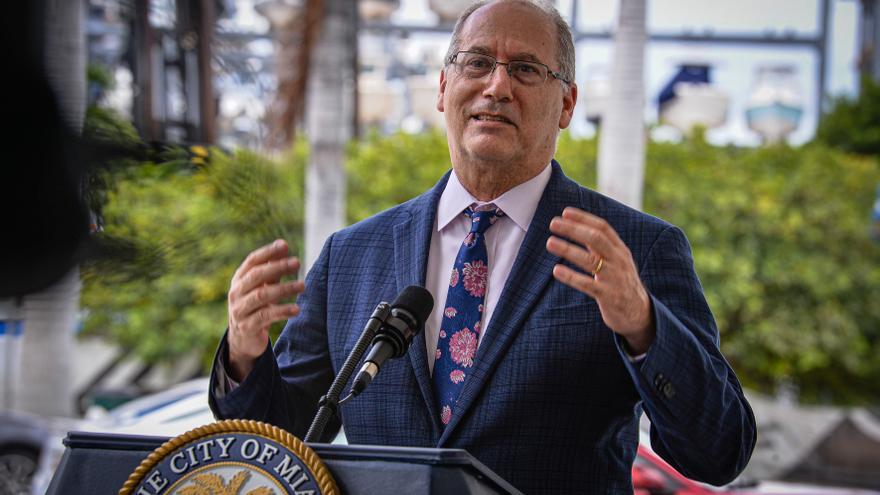 Miami, Mar 15 (EFE) .- The Miami Beach Police, in southern Florida (USA), is on high alert due to the wave of “spring breakers”, as young people are called on spring break who arrive to the city, which do not respect the protocols for the covid and have caused incidents that led to the arrest of a hundred.

The mayor of this city, Dan Gelber, has shown his concern about the high number of people who since last week have especially flooded the touristy neighborhood of South Beach, where about 30 people were arrested on Saturday, according to local police,

Miami Beach Police spokesman Ernesto Rodríguez said that this week more than 100 arrests have been made, 12 firearms were seized and about 900 citations were issued in that city, a habitual destination at this time for thousands of young people. from various parts of the country.

The incidents that occurred throughout the week have left two officers injured in an attempt to control the crowds, while a video shows a 19-year-old boy being beaten by a police officer during what local authorities described of “stampede”.

“That man was inside that crowd inciting the rest of the crowd,” Rodríguez said, according to the local media WSVN.

In addition to the increase in criminal activities, there is concern about crowds of people who circulate on the streets and consume in local businesses, many of whom without wearing masks or keeping social distancing, as shown by local media and videos on social networks.

At a time when Florida records a decline in cases, local authorities, and other neighboring cities such as Orlando, have asked visitors to respect security measures to prevent a spread of the virus that could spread to other states.

Local business owners, on the other hand, have been “surprised” but grateful to see such numbers of consumers entering their stores.

We are very happy, the business has increased considerably and we needed it, “Mirma Viacava told CBS4.