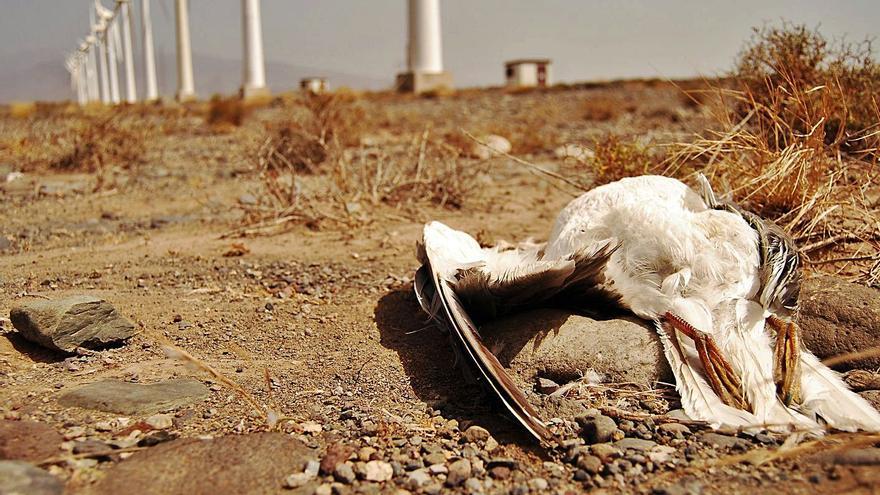 More renewable, but with respect to biodiversity | LP / DLP

Climate change, understood as the effect of human activity on the climate, is not the only environmental challenge we face. In addition to greenhouse gas emissions and the disturbances in the energy balance that they cause, we are altering the water cycle and the elements, spreading large amounts of pollutants, desertifying ecosystems or changing the use of the land of large areas, among other issues. . This set of processes is called global change. These are changes so rapid and profound that they are already leaving a geological mark. For this reason, the biologist Eugene F. Stoermer coined the term anthropocene (from the Greek anthrōpo, which means man or humanity) in the eighties and that, later, the meteorologist Paul Crutzen would popularize, at the beginning of the millennium, to name the time current, with the idea of ​​reflecting the global capacity of the human being to alter the functioning of the biosphere.

One of the traces of this global change is the sixth extinction, the accelerated process of loss of biodiversity that we are causing by the combination of factors such as the destruction and fragmentation of habitats, the introduction of invasive alien species, pollution or climate change itself. . It is true that in the history of the Earth there have been other events of mass extinction, but there is no evidence of any at the current rate or that a single species has been the cause.

The Canary Islands are not alien to this general framework. They are one of the most important places in the European Union from the point of view of its richness and uniqueness in terms of biodiversity. In this island territory, the circumstance occurs that species have the opportunity to undertake evolutionary paths that are very different from those that take place on the continents. As a result of this, we find species so differentiated that they can only be seen here, it is what we call endemism, a species that is distributed in a very limited area, such as the blue finch of Gran Canaria or the violet of Teide . Canarian endemicity is so important that approximately 40% of fauna species and 30% of flora species are exclusive. Unfortunately, the islands are subject to a very significant process of environmental degradation that should make us reflect on the responsibility we have in terms of conserving biodiversity. With each disappearance of a new species, an incalculable legacy is lost, precipitating us towards a world that is impoverished and more vulnerable to disturbances.

This is the context in which the decisions we make for the future must be inscribed. It is necessary to find a balance between, on the one hand, the legitimate need for development and energy consumption and, on the other, the importance of immediately stopping the accelerated loss of biodiversity that is taking place. We must not forget that our own survival depends on the health of our ecosystems. In this sense, as we have said, renewable energies have the obligation to guide the transition to a more sustainable energy model. However, many of the technologies used today are not harmless for biodiversity. On the contrary, they can be very harmful if not planned properly.

The production of wind energy from wind turbines can be very harmful to some living beings. Indeed, wind turbines have the potential to generate negative impacts in all their phases, from construction to operation and decommissioning. This technology mainly affects bats and birds. Last decade, SEO / BirdLife, the oldest environmental organization in Spain, estimated that between six and 18 million individuals of these two groups of animals would have died as a result of the almost 17,000 wind turbines that had been installed in Spain at that time. We currently exceed 21,000. Wind farms produce direct collision mortality, since birds are not able to avoid them and are affected by the sudden pressure changes that occur on both sides of the blades. There is also a phenomenon known as the barrier effect that can prevent mobility between different areas. This is important because it affects the necessary connectivity that must occur between ecosystems since it is not possible to conserve nature as if it were independent patches, it is necessary that the habitats are interconnected and that there is movement of individuals between them. Nor can we forget the landscape impact, something especially relevant in places that depend on the landscape as a tourist resource. Noise pollution and land degradation are also attributable to this type of infrastructure.

Current regulations require forecasting the impact that the implementation of a wind energy plan or project may generate. In the Canary Islands, wind power development has experienced rapid growth in recent years. Unfortunately, this development has not undergone a strategic environmental assessment, that is, it has not been adequately planned to ensure the compatibility of its deployment with the conservation of biodiversity. It is urgent to take measures, reinforce the surveillance of the infrastructures that are already installed with mechanisms outside the companies that operate them, adequately plan the new facilities, demand the use of the best technologies and anticipate the impact that the foreseeable development of energy may generate photovoltaic and wind energy in the marine environment before it is produced en masse. We must continue to bet on renewables, without a doubt, but rigorous planning is urgent to ensure that they also contribute to improving our natural wealth.

Wind turbines have the potential to generate negative impacts in all their phases, from construction to operation and decommissioning. This technology mainly affects bats and birds. In the image to the left of these lines, a little egret (Egretta garzetta) died after tripping over the blades of windmills. |