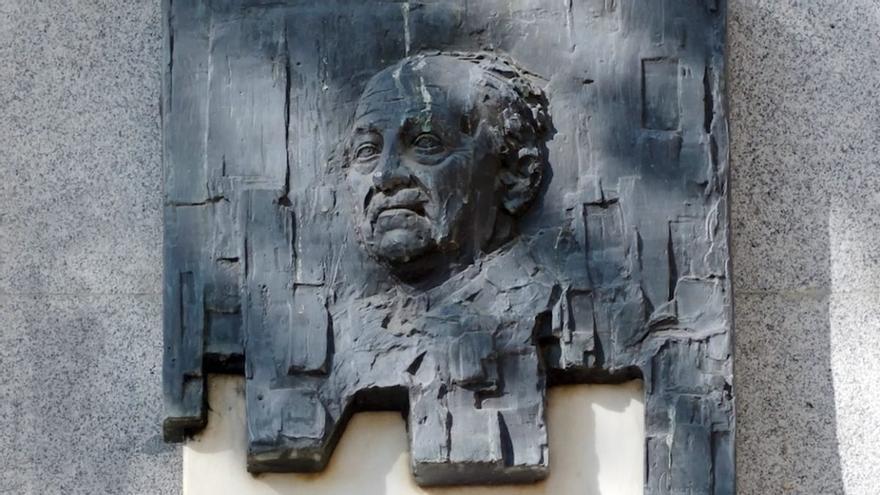 More Madrid begins the process to denounce the Madrid City Council in court for removing the plaque in homage to the socialist Francisco Largo Caballero. The spokeswoman for the municipal group, Rita Maestre, and the party responsible for the democratic memory, Manuela Bergerot, have presented a request that gives the administration ten days to rectify, before going to court, before a decision that they consider "invalid. "for not being supported by a" prior administrative act ", that is, a file.

"The Agreement adopted by the Plenary of the City Council is considered a formal act that must be subsequently confirmed by an administrative body through the corresponding administrative act, with the processing of the appropriate file and the addition of as many technical and legal reports as are mandatory , without the agreement adopted by the Plenary legally binding, "says the request, addressed to the mayor and that denounces that the City Council has followed the" de facto path. The plaque, in addition, was withdrawn before the formal processing of the agreement on which it is based, the proposal presented by Vox in plenary session and approved by a majority, was given.

More Madrid sent a request for information to the Consistory last Friday to find out what procedure supported the removal of the plaque. In the request, the municipal group includes that it has not obtained a municipal response. The party demands information that identifies the body or authority that has ordered the removal of the commemorative tablet located in the headquarters building of the Chamberí District Municipal Board, in Plaza de Chamberí, 4, in addition to a copy of the administrative file that, where appropriate, it has been processed for this purpose.

To this is added, says the document, "the condition of Heritage of which the environment enjoys." "This requires reporting any intervention in the area to the Institutional Commission for the Protection of Historical, Artistic and Natural Heritage (CIPHAN)". Annexed to the District Board, where the plaque was located, is the Siervas de María Convent, declared an Asset of Patrimonial Interest in 2011 by the Community of Madrid. The municipal building is part of the protected perimeter.

The execution of the initiative of the extreme right, very celebrated by those of Santiago Abascal, has strained the relationship between PP and Ciudadanos. The liberal party announced last week that it will not participate in future votes on initiatives of historical memory, which in practice breaks the consensus with PP and Vox that was staged in the last session of the Plenary for subsequent occasions. The attitude of Ciudadanos has not pleased the mayor, who has responded that "you cannot renounce to apply a general law."