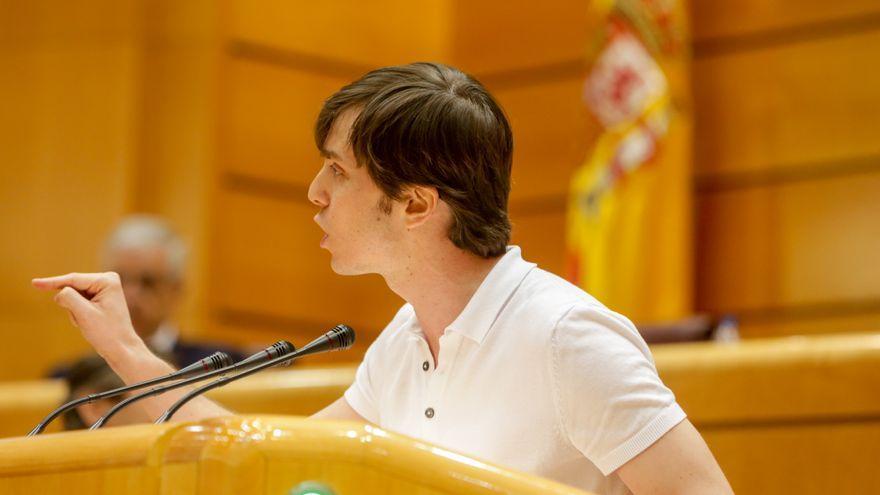 The senator of Más Madrid Eduardo Fernández Rubiño has asked the Ministry of the Interior to urgently clarify whether a National Police agent hit and called a woman who said she was pregnant in the Madrid neighborhood of Abrantes (Carabanchel) a ‘whore’ during an intervention .

Fernández Rubiño bases his initiative on a video broadcast on social networks and that would supposedly correspond to a police action on October 17. In these images you can see a group of agents who seem to search a woman of South American origin when, at one point, one of the police officers throws a blow to the face and a kick while she is heard saying that she was pregnant.

Faced with this controversial recording, Fernández Rubiño requests through a series of parliamentary questions an assessment to the Ministry of the Interior to indicate whether any action has been opened on his part or through the Government Delegation in Madrid to clarify what happened. If so, ask to know if the investigation is in progress.

“Does the Ministry of the Interior consider this action by a member of the State Security Forces and Bodies acceptable?”, The senator of Más Madrid raises in his initiatives.

Fernández Rubiño himself has assured that these images are “outrageous” and that “nothing justifies” hitting a woman allegedly pregnant in this way.

In statements to Europa Press, Rubiño has stressed that he has been able to speak directly with the person who made the video and collect data on this action, ensuring that an “inadmissible” situation occurred by an agent of the authority.

“It is intolerable”, has deepened the also regional deputy in the Madrid Assembly to demand that the Interior or Delegation purge responsibilities and “take action on the matter”, given that this behavior “cannot be allowed” in Corps and Forces of State Security.

It is asked if the images are true

The Government Delegation has explained to Europa Press that the recording is being investigated by the National Police to find out if they are true and if the action really took place in Madrid or, on the contrary, it is a “fake video” that circulates around networks.