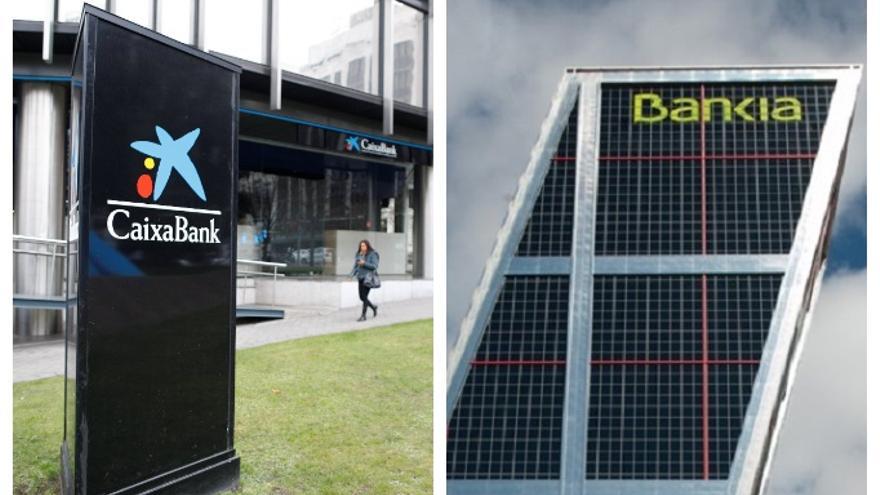 In what is probably the banking news of the year, at least in Spain, CaixaBank and Bankia may agree to their merger in the next two weeks. The result will be the tenth bank in the European Union by volume of assets, and the first in Spain. Santander and BBVA are larger, the latter only slightly larger, but that is due to their international projection. In the domestic market, the merger of CaixaBank and Bankia will create the undisputedly largest bank.

Bank mergers were expected sooner rather than later, in Spain and the rest of the EU. One of the main reasons that fueled these expectations is the low profitability of the banking business in recent years. A merger such as that of CaixaBank and Bankia reduces competition in the sector and allows, on paper, to increase profitability.

The only but that can be put to this merger from a European perspective is that it is a national merger. Six years after the banking union got under way, incentives still penalize cross-border mergers.

From a national policy point of view, the government of Spain will no longer have control of the combined entity that will emerge from the CaixaBank and Bankia merger. This will satisfy the EU competition authorities, but it will make the historic aspirations of United We Can unfeasible to take Bankia as the basis for a public bank. On the other hand, the valuation of Bankia's shares in the merger promises to be a politically controversial matter. The government is interested in this value being as high as possible, to recover as much as possible of the money that was injected into the Bankia rescue.

Let us now look at each of these points in more detail.

Low bank profitability is commonly attributed to the negative interest rate policy developed by the European Central Bank. When interest rates are high, banks can afford to make their loans proportionally expensive, and earn the difference. But when interest rates go down, so do margins. The only alternative for banks is to increase their income from fees and commissions or reduce expenses. One of the main effects of a banking merger like that of CaixaBank and Bankia is to reduce costs, labor and branch maintenance. In this case, the main savings would be in branches in Catalonia and Madrid, where the networks of both banks have greater overlap.

The European supervisor has taken measures to support banks in the COVID-19 pandemic that also contribute to improving profitability in the short term. At the beginning of lockdown last March, the ECB released the banks' regulatory capital buffers, such as the countercyclical capital buffer, the so-called conservation buffer, or discretionary capital requirements that the supervisor applies to banks in a individualized. Additionally, banks are not required to classify refinanced state-guaranteed loans due to the pandemic as bad loans, saving them provisions for future credit losses. And subsequently, the ECB clarified that it will not require banks to replenish their additional capital buffers until at least 2023.

It is an acquisition

The merger of CaixaBank and Bankia is really an acquisition of the latter by the former. This is so because the Catalan entity is approximately twice the size of Bankia, both in terms of balance sheet and in terms of employees and branches. Furthermore, CaixaBank is healthier and more profitable. It is worth three times on the stock market than Bankia, and it has significantly less delinquency and three times as liquid. Due to its higher risk, Bankia has higher capital ratios than CaixaBank. But since the second is larger, the merger is likely to result in net capital savings. CaixaBank will be able to absorb part of Bankia's risk, reducing total capital needs.

This will depend on how the European supervisor evaluates the merger. Recently, the Single Supervisory Mechanism, the supervisory arm of the European Central Bank, updated its guidelines regarding mergers and acquisitions. The objective is that capital requirements do not penalize consolidation operations. Among other things, if an acquisition is made at a price lower than the book value of the acquired entity, the difference (negative goodwill, or “badwill” in English) may be accounted for as equity. Given that the market values ​​Bankia considerably cheaper than CaixaBank in relation to their respective book values, it is very likely that the merger of the two entities will involve a considerable component of “badwill”.

On the one hand, as has been seen, it is in CaixaBank's interest that the shares are priced relatively cheaply in order to maximize capital savings due to “badwill”. This would be the case if both banks are valued at market price at the time of the merger. On the other hand, the FROB, the rescue fund created in the previous crisis, controls Bankia with 62% of its shares. It is almost certain that the “badwill” that CaixaBank signs up as a result of the Bankia acquisition will be denounced in the political debate as another gift from the government to the banks.

The Government of Spain, on the other hand, has with the EU a verbal, that is, non-binding, commitment to privatize Bankia. The merger with CaixaBank is a propitious occasion for this. Based on the book values, the FROB could become the owner of 21% of the combined entity. That is, it would reduce its stake to a third without having to sell its shares. Depending on Bankia's valuation of the merger, the FROB's stake in BFA, Bankia's parent company, could revalue considerably, which the government could score as a point.

Although the European competition authorities may be satisfied that the Spanish government loses control of the combined entity, it should be a matter of concern that the merger is national and not international. This increases concentration in the Spanish market, and does not contribute to reducing mutual dependence between banks and governments. The main reason why this occurs is that each country requires that subsidiaries within its jurisdiction have their capital and liquidity needs separately covered. This is due to the absence of a deposit guarantee fund at the European level. Should a public recapitalization of an international banking group be necessary, mutual mistrust between EU member states poses problems. If something has been demonstrated in the debate on the post-pandemic recovery fund agreed by the European Council in July, it is that the EU member states are a long way from establishing a fiscal authority or public treasury at the European level that allows them to resolve these problems and, incidentally, encourage truly European bank mergers.