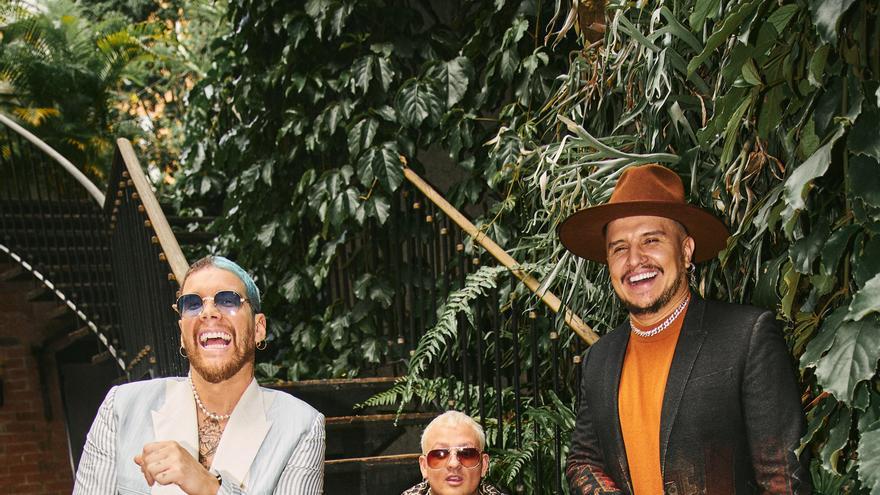 Miami, Mar 19 (EFE) .- The Piso 21 quartet released their fourth album this Friday, "El amor en los tiempo del perreo", which they defined in an interview with Efe as a manifestation of their passion for innovation in urban music and their pride of being Colombian.

"There is nothing more Colombian than Piso 21 and there is nothing more Colombian than (Gabriel) García Márquez, to whom we are paying homage in a certain way with the title. Some may be offended, but he is a figure of weight and paying homage to him is a way we have to say how proud we are of our country and of being paisas, "said Juan David Huertas, one of the members of the group.

Known as "El Profe", Huertas stressed that the work of García Márquez (1927-2014), whose book "Love in the Times of Cholera" is one of the most famous, has inspired them for more than a decade.

"Fortunately now the music industry celebrates that music reflects the origins of each person. It was not like that before," said Pablo Mejía “Pablito”, who completes the quartet with David Escobar “Dim” and David Lorduy Hernández “Lorduy”.

“During our early years we were told many times to try to neutralize our accent and we would say, 'But why?' We don't see Alejandro Sanz neutralizing his accent ”, he revealed.

The original plan was for "Love in the times of perreo" to come out during the second semester of 2020, and although initially they were upset by having to postpone it due to the covid-19 pandemic, today they feel "grateful."

“We had time to make more music and by the end of the year we re-evaluated all the songs. Some held their place. Others lost it with new songs, but it's normal. The truth is that one is never the same and we could not present something that we no longer felt that we were, "explained Dim.

"But the essence of what we wanted to say is still there in 'El amor en los tiempo del perreo'", said the artist, to which his colleagues added that they also made an effort to maintain the reguepop sound that characterizes Piso 21 from their the beginning.

Of course, they stressed, the pause with the album does not mean that Piso 21 has not released music between 2020 and so far in 2021.

The first installments were "Dulcecitos" (with Zion and Lennox), "Pa 'Olvidarme de Ella" (with Christian Nodal), "When You're You" (with Sofía Reyes), "Querida" (Feid) and "Take distance", a song that was accompanied by a funny video that they recorded from their homes in full confinement.

The most recent was “Más de la una”, a collaboration with his colleague and compatriot Maluma.

"That was one of the gifts of the pandemic," said Lorduy, vocal leader of the group, as it is one of the issues that was not in the initial plans.

The artists recorded the video in the streets of Medellín, the Colombian city that has not only seen the members of Piso 21 and Maluma born, but also other greats of urban music such as J Balvin and Karol G.

In Colombia the inhabitants of the city are called paisas and the artists could not be more proud of their land.

"Medellín has been the cradle of a large part of the urban movement and we wanted to celebrate it. Show its streets and some of its places," said Pablito. Piso 21 also expressed his admiration for Maluma, who "did not hesitate to record with us and participate in the video."

"Love in the times of perreo" is the first album of Piso 21 with its current singer Lorduy, who in 2019 replaced Llane, one of the founders of the group, who decided to try it as a soloist.

“I'm really dying to go on tour. We were ready to do it when the pandemic started ”, explained the artist.

Piso 21 will return to the international stages this April 15 when it presents “El amor en los tiempo del perreo” at the delivery of the Latin American Music Awards, which will be broadcast on the Telemundo network.