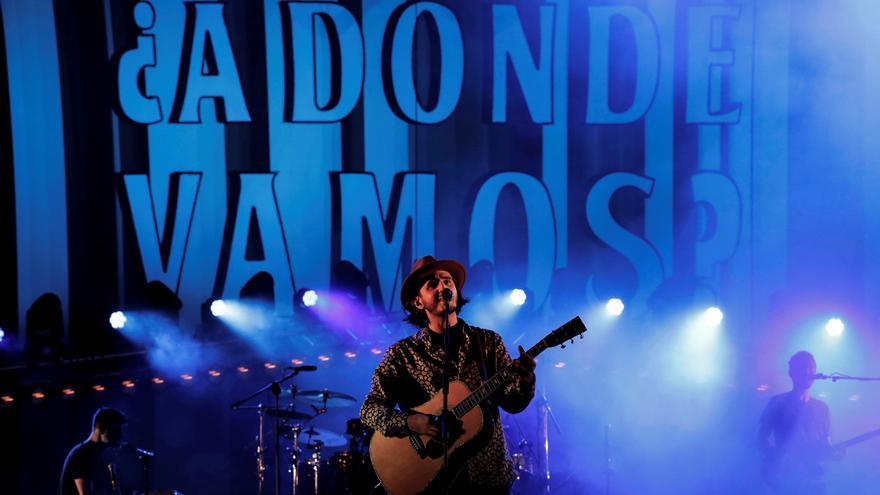 Valencia, Jul 31 (EFE) .- The Bogota band Morat has opened its tour tonight “Where are we going? At the Ciutat de València stadium after a year without playing live because of the covid-19 pandemic and what It was done on a hot night of a “very particular” time in which the exchange of energy between the public and musicians has turned the evening into an experience worthy of the “first times” after the uncertainty of the pandemic.

The Colombians have offered more than two hours of live music before some seated spectators and complying with the security measures and accompanying the band in the 24 songs that have sounded in front of the stands of the football stadium within the Les Nits del Ciutat cycle.

Before starting this tour, Morat explained that his new job, “Where are we going?” (Universal) shows their maturity and that, due to the pandemic, it is a “round” album in which they have had extra time to work and “prepare it well”.

The music began to play in the stadium with the first chords of “Where are we going”, the song that gives the album its name, followed by “Amor con ice” and “Al aire”, as the first act after which Juan Pablo Isaza He explained that this night in Valencia is “very particular”, not only because of the start of the tour but because it will mark “where we are going in this strange time”.

“We wanted to bring our music,” added Isaza, to Valencia, the city chosen to meet the public again after a year marked by the pandemic, and which is the starting signal for a concert calendar that will take the group to different points from the Spanish geography, to his native Colombia and to several cities in the United States.

After a brief interruption caused by sound problems, the band continued giving songs to an audience devoted from the first minute and addressed “There is no more to talk”, to continue with “Presiento” and “Aprender a quererte”. Meanwhile Martín Vargas has played with the public, who he has asked to use their voices as drums in an improvised song, just before the concert slowed down.

It has been with “First Times” when the show has become more intimate and with which they have confessed that this concert is like those occasions in which things are done for the first time and in which “everything is always good”.

Love, the indissoluble core of the band’s songs, has been the mantra on which the slowest melodies of “De cero”, “My luck”, “Fall in love with someone else”, “A thousand storms”, “Simply pass “or” The spell “.

The members of the band have taken advantage of this calmer climate to release the “souvenir” that they have assured they want to take from this tour: their piano signed by one of the attendees at each concert on the tour. Simón Vargas has recognized at this stage of the show the “need that made us be here” and has assured that that memory will be “always in their hearts”.

After this participatory moment of the fans, the concert continued with “Beauty and the Beast”, “I don’t deserve to go back” or “Please don’t go”, with even more doses of “love” and with its catchy “ohh ohh “, before momentarily leaving the stage to wait for the audience’s request for” another, another “and go out again to finish off the first live show in so long.

Thus, they have returned to the stage with “When nobody sees” and “Besos en Guerra”, just before interpreting the four – accompanied only by a guitar – “Bajo la mesa” and continuing with “No se va” with vigor with the one that the public was already beginning to get up from their seats, something that has already happened in an irrepressible and generalized way with the last song -the best known of the band- “How dare you”.

An ecstatic brooch for a night that represents another step in the recovery of live music, so affected by the covid-19 pandemic.