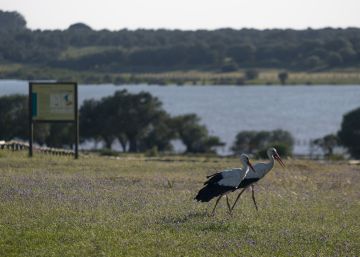 A team from the Department of Biochemistry and Molecular Biology of the University of Córdoba has proposed to evaluate the environmental pollution of the Doñana National Park through its effects on mice that inhabit the area, and this to find "solutions early." Although the "heart" of a protected area "is supposed to be clean and free of pollution compared to other areas, such as the urban core of a large city," this is not always the case, since natural environments are receiving a number of pollutants that, in the case of Doñana, are sensed due to their geographical situation, because they are a place near the chemical pole of Huelva and surrounded by zones of high agricultural activity ".

In this way, in order to detect the level of environmental pollution of this park, this project, led by José Alhama and Carmen Michán, has evaluated the biological effects of contaminants in Moorish mice, unprotected natural inhabitants, which become "terrestrial bioindicators". of the toxics present in the area ", as detailed by the university.

Specifically, oxidative damage to proteins has been studied, "main targets of oxidative stress", which is "one of the most important effects of pollutants, which is also related to different pathologies."

They have used techniques of massive analysis of 'proteomic redox' – the set of proteins damaged by oxidative stress – set in motion by technicians Carlos Fuentes and Eduardo Chicano, from the Central Service for Research Support (SCAI) and the Maimónides Institute of Biomedical Research (Imibic), respectively.

Making a global study of which proteins are oxidized, it is inferred that the contaminants affect "key biological processes", such as the replacement of proteins to repair oxidative damage or those related to the elimination of toxins, which take place in the liver, even causing "significant damage" in this organ, influencing the accumulation and permanence of the toxic effect in the body.

While the study of other sentinel bioindicators for aquatic ecosystems, such as the red crab, revealed a "high level of oxidation" in the rice fields next to the Park, he also warns of "the presence of pollutants in the heart of Doñana".

These analyzes allow "to detect if there is contamination and how it affects the organism in question, to deal with it before reaching higher levels of organization, a situation that can cause a greater negative or even irreversible effect," according to the Cordovan university.